There are certain expectations from a Hollywood sci-fi film that may or may not include blaster guns, sliding doors that make a swishing sound and robots.

European sci-fi however, doesn’t necessarily follow those conventions, as this haunting film from Lithuania proves. 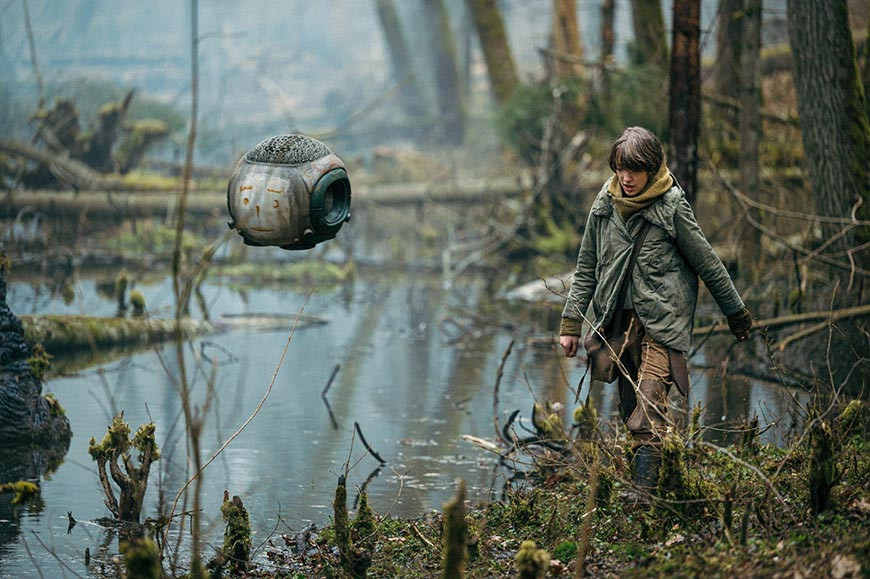 So this will be the wildest Center Parcs yet, everyone will love it!

When it was known that the planet Earth was on the cusp of extinction, those in power bet it all on genetic technology. And lost. With the spread of engineered viruses and organisms, life as it was known, is over.

What remains are pockets of communities, barely surviving, having to make do on engineered seeds that last for one crop only.

Living with her father is 13-year-old Vesper (Raffiella Chapman), a bright and inventive young mind, who not only has to fend for herself, but also her father who is paralysed, who she can still communicate with via a scouting drone.

While out exploring in the woods, Vesper discovers an injured woman, who had crash landed nearby. She is from a citadel, a place where only the wealthy reside, in a manner the likes of which Vesper will never see.

She tells Vesper that if she helps her find her companion in the ship, she will take her back to the citadel with her. But things soon get out of hand, and Vesper soon faces her world in turmoil, never to be the same again. 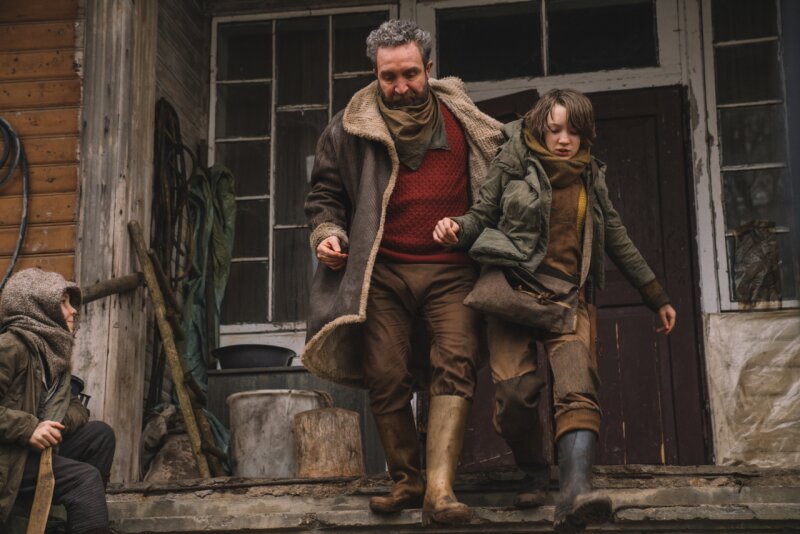 Listen, the ice cream van doesn't hang about, so let's get a move on.

Vesper is the first feature by Lithuanian director Kristina Buozyte, who also co-wrote and directed it alongside French writer and director Bruno Samper, in the English language. It’s still entirely shot in Lithuania however, which may attribute to its unique look and aesthetics.

This is a film that goes against the grain when it comes to conventional sci-fi, instead embracing a far more organic sensibility. The world resembles a cross between a Grimm fairy tale and Dagobah, Yoda’s home planet, being rich in fauna and flora.

The story is richly imaginative too, focusing on a poor population’s need to survive on limited food stock.

But the heart of the film however is the titular character, played beautifully by young Chapman; it could be described as a lo-fi performance in a lo-fi flick, but that wouldn’t be a derogatory statement in the slightest.

Hers is a quiet fragile performance, fit for a quiet world with the most fragile of ecosystems. Her situation means that she can no longer behave as a child, with her predicament forcing her to be as grown-up as possible, for both herself and her ailing father. Chapman is every bit the hero, despite her dishevelled appearance throughout, with her deliberate dowdy look the only thing that doesn’t stand out.

The next impressive star after her is the film’s cinematography; it may well be the antithesis to the opening shots of Blade Runner, with its visual style literally rooted in an earthy, soiled covered film, that sets the tone magnificently.

And although Eddie Marsen, who plays Vesper’s uncle, doesn’t have much to do, he makes his presence felt with the little time he has.

Both Buozyte and Samper’s film and vision is incredibly original, dispensing with anything shiny and tech-like, choosing to opt instead for a truly natural vision, and the demise of it, due once again to mankind’s interference. It is a stunning example of budding green sci-fi, offering an alternative, albeit possibly all too true account of our own bleak future.