Sony's new handheld device has already proved a sporting winner with the release of FIFA Football on the Vita. The next sporty title to get micro-Vita-lised is Sega's popular Virtua Tennis.

The Virtua Tennis franchise has always been a little less serious than other tennis titles. This is mainly due to the inclusion of its weird and wacky mini-games, which have also made it onto this Vita version.

In fact pretty much the entire last console game has been shrunkidunk onto this portable gaming monster.

The first nice touch you come across, without using a finger on a screen, is being able to take a picture of yourself to graft onto your character. It's a great idea, but take a tip from us, take this pic during the day. We took ours of a night time with artificial light and our character looked liked they suffered from the rarest of skin conditions. 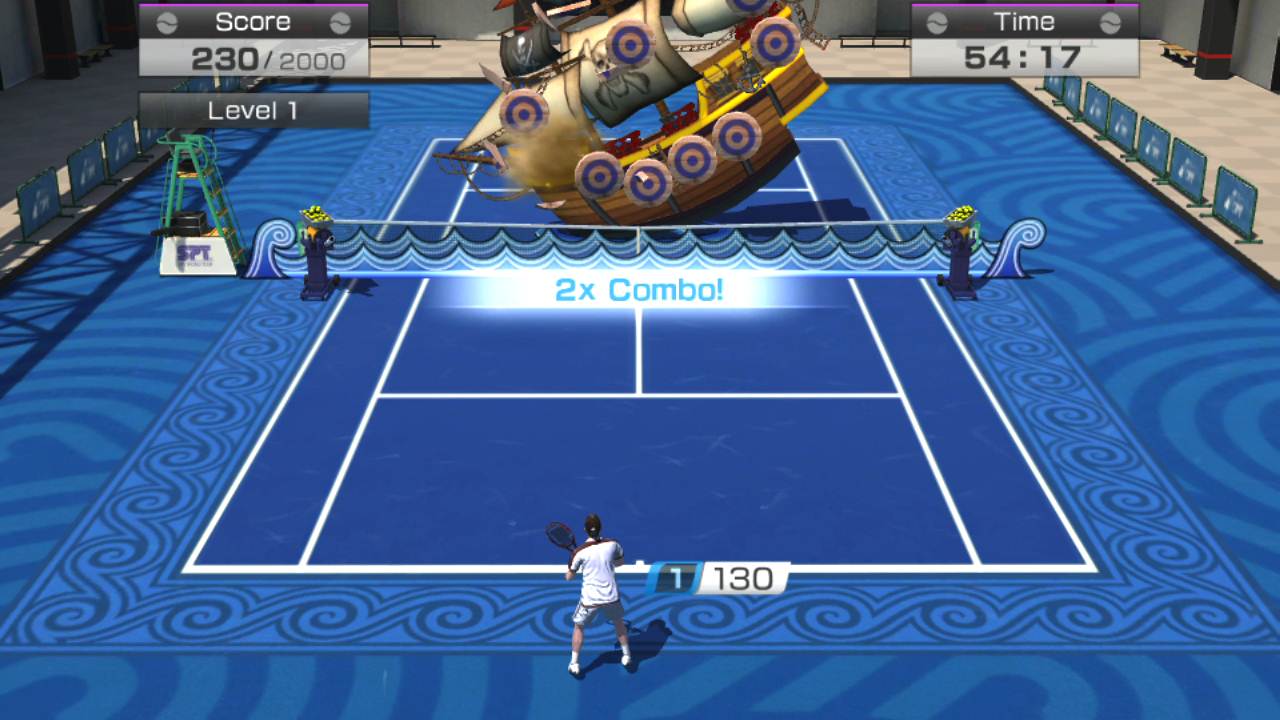 I don't know how practical it can be to play in, but that's the best fancy dress outfit I've ever seen!

You can then head off to the world tour mode. Anyone who's played the console or PC versions of this game, will feel right at home from the off. You start off as a rookie and you have to make a name for yourself on the gruelling tennis circuit in both singles and doubles games.

The map you travel across is littered with stops for you to make, where you can take part in mini-games (that will improve your stats), as well as exhibition matches and tournaments. As before, there's this weird ticket system in place, that after taking part in an event, you'll be given a ticket to proceed a number of places. The number is generated randomly from one to four, and you get to hold onto a few of them at a time. This number system gives the game the feel of an old school board game; unfortunately, as in other games, it just doesn't feel the right mechanic to get your player around the tour. Because of the sheer randomness of the numbers allocated, it can be literally more to do with luck than skill whether you actually make it to a tournament on time and meet the required level to get in.

The game play itself hasn't changed that much  if you're playing with the standard analogue and button control combo. Of course with the touch screen ability of the Vita, you can now use your finger to place shots; but this suffers from the same problem that FIFA Football suffers from in that moving your finger back and forth across the screen acts more as a hindrance (certainly visually, with fingers cover up parts of the screen as you play) than a help.

The overall controls work well, although aiming with precision seems more difficult than before. A regular fault we found with the game is in the difficulty curve. Playing anyone other than a named player in a tournament was a breeze to beat; but as soon as you came across a proper seasoned pro, the difficultly level jumped immensely, giving you know indication how to beat this tougher opponent. You would yo-yo throughout from playing easy to difficult, with no in-between ground.

The game also suffers from no real tutorial. You can find out what buttons to push for which shots, but that's about it. In game, you'll find that returning certain shots can be difficult. Often we found ourselves returning shots, but because the return was so flat and slow, it was returned with venom and couldn't be stopped. We played around with various different shots to see if it could combat this, but to no avail. A tutorial would have been a real help in that respect.

It certainly looks the part, and with the full tour in place, with all the expected licensed players involved, there's a lot going on, including online play. If only a little more effort was placed on the difficulty curve, this would have certainly been a Grand Slam winner. As it stands, it just falls short of that.

But as the inaugural tennis game for the Vita, it serves up a great game of tennis.