WarioWare: Get It Together!

There’s a clear pecking order in the Mario world with everyone’s favourite plumber being king; let’s face it, you’d expect nothing less from Nintendo’s most popular mascot.

Mario’s popularity however, can make it difficult for other characters in the world to shine; take Luigi for example, his own flesh and blood, who is often relegated to ghostbusting duties, just to get some attention.

Imagine then how it is for the many others characters, all vying for a chance in the spotlight. Take poor old Wario; he’s been a nemesis of Mario’s for a number of years, but recently has gotten sidelined by that bully Bowser.

It’s no wonder then that he’s taken matters into his own hands, going solo and making a name for himself in the gaming world.

He’s savvy enough to create a niche little market for himself too; where Mario may go off for hours at an end on some quest to rescue Princess Peach, Wario has got things to do, which is why his WarioWare series is deliciously bitesized. 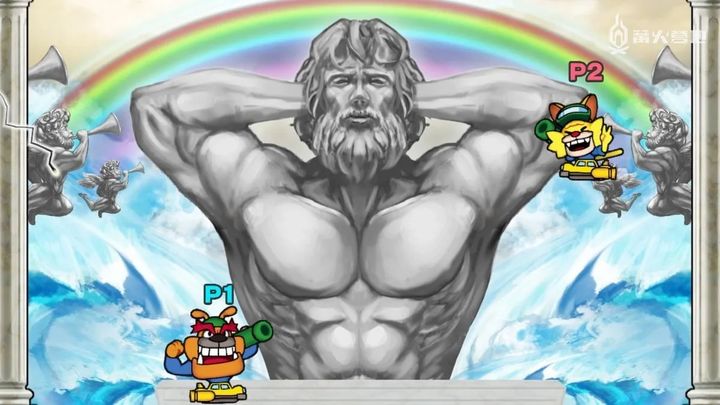 Alright, he wants the full jet wash experience, let him have it!

Wario has created a game, but unfortunately for him, he gets sucked into it. Once there, he notices that the game is littered with bugs, not quite Cyberpunk 2077 bad, but you get the idea. He decides to take on these bugs, in a series of mini-games, in an attempt to get the game running smoothly again.

To help him out he can put a crew together, of characters he meets along the way, each with their own unique skills, that just may help save the gaming day.

For anyone unfamiliar with the WarioWare series, there in for a real treat, for it’s gaming at its purest. The mini games are as mini as they get, lasting only a matter of seconds, which may find you rocking a baby, to squeezing a toothpaste tube, to pulling out a plug. And so much more. It’s completely bonkers but outrageously good fun. 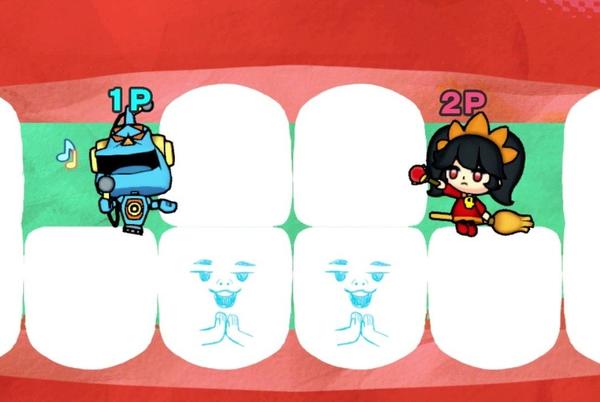 This new micro dental technology appeared to get the job done well, as long as the crew weren't swallowed.

You would think that perhaps the single player campaign, that can also be played in two player, would be a fairly easy experience, but your new recruits all have different abilities, some are more of a hindrance than an asset. Take Mona for instance, who constantly flies around on her scooter and shoots a boomerang. No really. She can be unwieldy to control at the best of times, so suddenly putting her in a pressured environ as every game is, can be unpredictable. But the fact that you can swap members of your team around isa great help.

The deeper you go into the game, the more options open up for you, like the Play-Pedia; this not only allows you to play through mini-games you’ve played, and not necessarily mastered as yet, but also has an increased difficulty level to add another level of challenge.

WarioWare: Get It Together! is the antithesis of the average video game; it is a game you don’t have to invest years of your life to completing, instead revelling in deliciously short bursts of utter gaming. It is a title brimming with inventiveness and creativity, and is the type of title that will have non gamers falling in love with it.

Mario may have the spotlight constantly on him, but ignore Wario at your peril; he delivers that extreme gaming hit that’s a sheer thrill for the brief moments that it lasts. And yes he may put the mini in mini-games, but he’s bound to have you coming back for seconds.