With the advent of CCTV, and everyone carrying around cameras on their phones, it’s no wonder that you could have the distinct feeling that you’re being watched. Chances are these days, you are.

With her full length directorial debut, US director Chloe Okuno brings to the screen a story that would love to get under your skin to such a degree, that you’ll be watching over your shoulder once you’ve seen it. 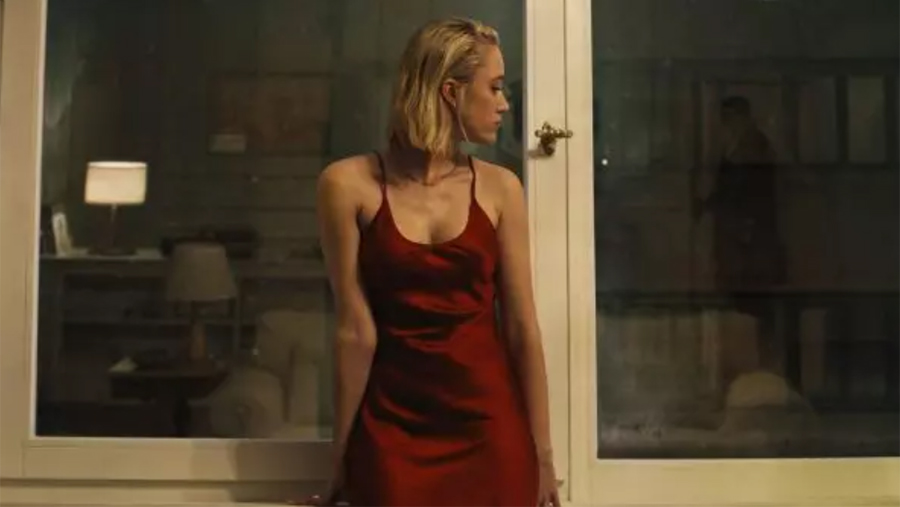 maybe now is the best time to invest in double glazing.

Just moved from New York to the capital of Romania, Bucharest, are couple Julia (Maika Monroe) and Francis (Karl Glusman). Francis works in marketing and has been transferred to the city as he can speak the lingo. Sadly for Julia, she can’t.

This means that she spends a lot of time in their apartment, with very little to do. Whilst looking out the window she notices a figure in the opposite building looking back at her. And then, she can’t stop them staring back at her, every time she’s by the window.

As if that wasn’t enough to give her the heebie jeebies, there also appears to be a serial killer in the area on the loose, killing young women. Welcome to Bucharest indeed. 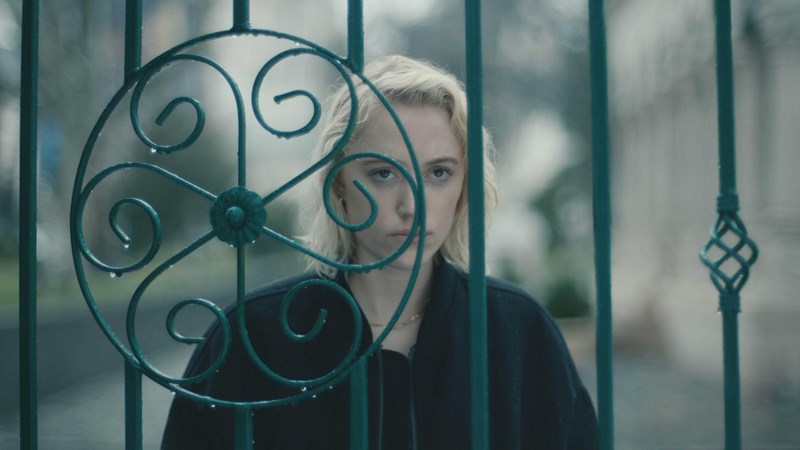 You will rue the day you ever crossed me Monty Don...

Okuno’s film is far from being an out and out horror, as it‘s far too subtle for that. Perhaps too subtle. The pacing is deliberately slow, which would be fine if there were enough titbits to keep an audience interested, but sadly there aren’t. In fact many of the episodes that promote her paranoia are about as fear inducing as cute kitty YouTube clips. If she gets freaked out with someone looking back at her from flats opposite, she would piss herself every ten seconds if she ever lived on a London council estate.

There's also a deterrent that she appears to be overlooing, that would solve all her problems - curtains.

Although it has echoes of one of Hitchcock’s finest Rear Window, it doesn’t feel as if she actually studied it, as there are many clues there as to how to rile an audience up on the voyeur front.

It’s not helped by a fairly flat performance by Monroe, with an emotional range that only seemingly stretches to just the two emotions.

It’s a shame as the cinematography is top notch, and Bucharest is an unusual locale that adds originality and texture. But the lovely Burn Gorman, who plays the titular character, is outrageously underused.

Admittedly its finale is more like it, but by which point, it’s too little too late, making it a psychological-lite thriller, which means it's hardly thrilling at all.

Watcher is a film that had a lot of potential, but possibly Okuno’s inexperience was ultimately too telling.