Where is Anne Frank

If there were to be a top three for the best ever diarists, it would have to include the following: Anne Frank, Samuel Pepys and Adrian Mole. Of course they all have their merits, but taking the coveted number one slot, in our books at least, would have to be Mole, if only for his heartbreaking relationship with Pandora. And no, Bridget Jones’ doesn’t even make the top five.

Anne Frank would probably be a clear runner up (Sorry Sam), for probably being the most famous teenage diarist in the world.

This animation takes a creative look at her story, bringing her story to life from a highly original angle. 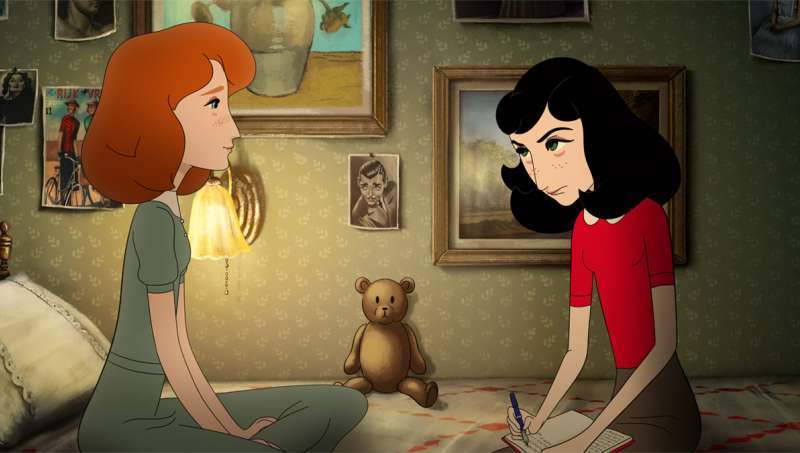 So after your brother fumbled with me, well, turns out i'm not a lesbiana after all...

Amsterdam, and it’s raining hard; so much so that it manages to not only seep into the Anne Frank museum, but a few drops actually land on the world famous diary itself.

When it does, a character comes to life: not that of Anne, but of Kitty (Ruby Stokes), her imaginary best friend, who she wrote the diary for.

She finds herself now in modern day Amsterdam, where everywhere she turns there’s a building with her best friend’s name on it. And although she appears to be everywhere in the city, Kitty doesn’t know what happened to her, so embarks on a journey to find out. She has to take the diary with her though, as she soon discovers, if she ventures too far from it, she physically disappears.

And although she can now move around, and be seen like a human, her movements are somewhat hampered as she becomes the number target for police, for stealing the most famous diary in the world. 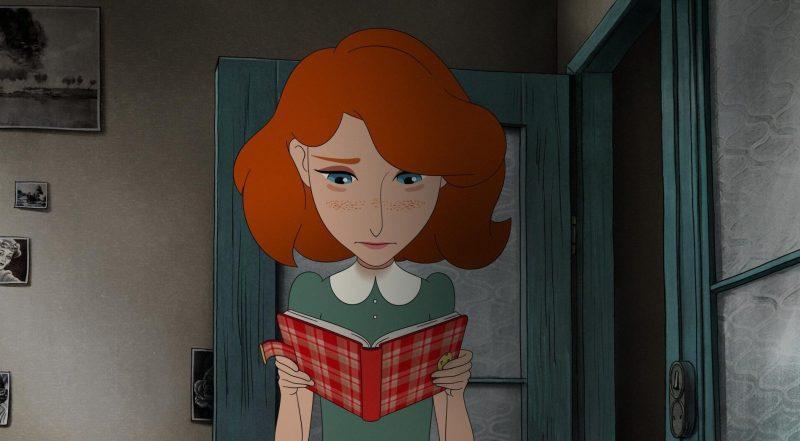 And then I died, not so happily ever after.

With a story that is so well known, director and writer Ari Folman comes up with a unique perspective to bring it to the fore once again. By bringing Kitty to life, and therefore being able to tell Anne’s story in flashback, is a genius move, and should be applauded.

There’s something very quaint about the animation, coming across as very traditional and very European, meaning its style is very practical and low key. There’s one exception, a scene set inside a radio that is truly impressive, otherwise there’s a tendency to let the story be the star.

A slight annoyance is with the voice work, whereby all the actors concerned have a leaning into American accent; this was no doubt done to make it more appealing in that lucrative market, but it’s safe to say, Frank didn’t spend much time stateside.

There’s something highly appealing of not just giving Kitty a back story, but also some relevance in the modern world too, which is a nice touch.

Folman is keen to add a political element into proceedings, by drawing a comparison with the Nazis treatment of Jews, with Europe’s current policy towards immigrants, which many feel to be on the aggressive side, but the director’s handling of it is somewhat heavy handed. He’s trying to communicate that we should learn from our past, but it feels as if he’s saying that the treatment of migrants in other countries is just as bad as the horrific treatment of the Jews. It’s not.

And it’s unclear if there’s any reason why Karen O (of Yeah Yeah Yeahs fame) is involved with supplying the wistful soundtrack to the film – not that there needs to be - but it’s a welcome addition none the less.

Perhaps the film spends too much time in trying to make it a romantic adventure for Kitty, and not enough in highlighting the evil that took place in the past, after all, there’s a generation or two now that probably have no idea who Anne Frank is.

But then again perhaps that isn’t Folman’s job; he clearly had a vision for his film, and he’s presented it in a compelling and original fashion.

Despite his efforts however, we’re still going to have to plump for Adrian Mole’s diary still being our favourite.