John Patrick Stanley may not necessarily be a name that you’re familiar with, but this Oscar-winning writer has been responsible for a diverse range of scripts including 1990’s Joe Versus the Volcano, 1995’s Congo, 2008’s Doubt and 1997’s Moonstruck for which he won his gold statue for.

He’s been less productive, and dare it be said successful, on the directing front, with this feature only being the third he’s helmed in a thirty year period.

He certainly embraces his Irish heritage though, adapted from the play he wrote, featuring two young farmers, who have been friends since childhood, who are struggling with the many obstacles that are preventing them from becoming more than just friends. 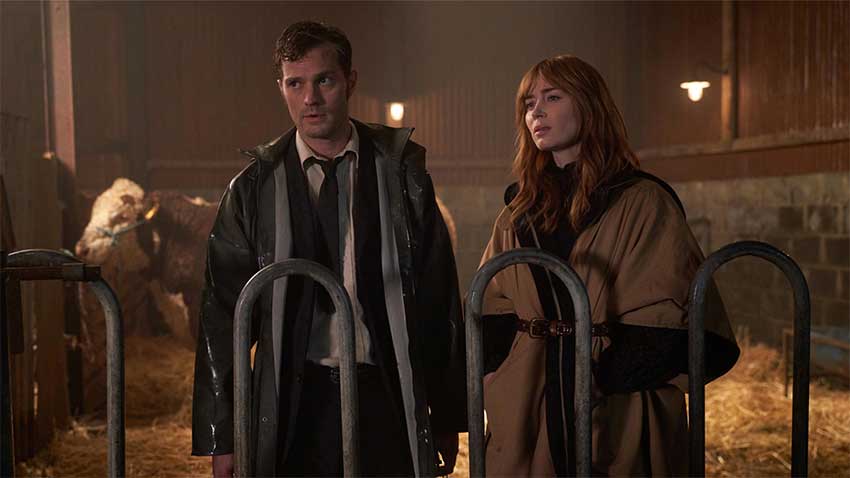 Do you even think Chris Walken even knows he's in Ireland?!

Living on neighbouring farms in Ireland are Rosemary (Emily Blunt) and Anthony (Jamie Dornan); they have been friends since childhood, but nothing more than that.

Anthony’s father Tony (Christopher Walken) is in his twilight years, which he’s keen on reminding his son of on a regular basis, so when the topic of who will inherit the farm comes up in conversation, it doesn’t go the way Anthony expects. With Anthony in no hurry to get hitched anytime soon, his father is concerned that the family farm will just be sold off, with his legacy ruined.

He informs Anthony that he thinks it would be for the best to pass it on to his American cousin Adam (Jon Hamm), who although he’s not married himself, he’s more likely to eventually tie the knot over Anthony.

With his future looking uncertain, Anthony is dismayed by the whole saga, which could all be resolved if only he could find the courage to approach the woman he’s keen on, who may not be a million miles away. 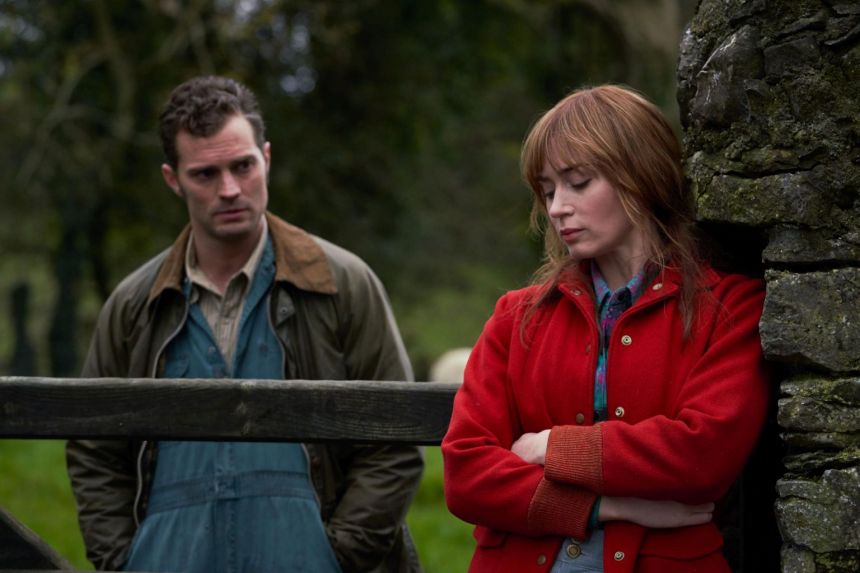 I'm sorry Jamie, I married Jim from The US Office and that has to be the end of it.

Although Shanley may have Irish blood in his veins, it hasn’t proved very useful here in what is a comedy that is far too broad for its own good. In places, it feels like a dated Irish comedy that could have been broadcast on the BBC in the eighties. It’s just a little too fluffy and generic, lacking any kind of unique personality.

And then you have Walken. His troubling attempt at the Irish accent is about as accurate as that friend you have in your group, who probably means well, but doesn’t stop his dabbling with regional voices for comedy effect from being borderline racist. That said, it could possibly be the most entertaining part of the film, as the closest his accent gets to Irish is as if it’s flown over the Emerald isle on route to somewhere else.

It’s also hindered by a soundtrack that wallows in Irish generic-ness, often being overwhelmingly jiggy – Irish not urban. Perhaps it’s simply over-compensating for Walken, by trying to remind audiences that it really is set in Ireland, honest.

A little prayer then should be said for Emily Blunt; not only does her Irish accent make even Irish actor Dornan’s sound fake, her performance sparkles throughout, giving warmth, charm and some much needed humour to a film lacking in all those areas.

There is one scene however, that feels lifted straight from the play, buried in the dying stages of the film, featuring Blunt and Dornan that is surprisingly entertaining, as the film finally decides to stop beating around the bush. It is both beautifully written and elegantly performed, and is finally the point where an audience might actually believe these two characters may have a shot at romance.

Unfortunately this is quickly dismissed with the inclusion of some mood-killing dialogue from Dornan’s character, which comes out of the blue and just doesn’t work in the context of the film, when he declares he has a secret he’s been holding back. Perhaps it has wings on stage, but here it just kills a promising mood only minutes found ago.

Shanley has proven he knows his way around a script, and has got a solid track record to prove it as well as his Oscar, but he’s shown her he has neither the luck or the ear of the Irish with this tepid feature, in fact it’s about as Irish as bowl of Lucky Charms cereal – and certainly less colourful.