If anyone has managed to build their part up over the years, it’s zombies. Once upon a time, they wear just shoe gazers, shuffling around aimlessly, grunting for attention in a shopping mall. As long as you had a baseball bat and a decent swing, they were harmless.

But one thing we know about zombies is that they know how to unite. It’s at this point that they probably formed a formidable union, expecting more from their filming workplace. Now, thanks to the likes of The Walking Dead, as well as the 2013 Brad Pitt film that this game takes its name, zombies have never been so mobile and chirpy. That’s solidarity for you.

This particular adventure begins atop of a New York City high-rise, as the world is confronted with a zombie apocalypse. You, along with three others, have to fight your way out, into the streets, in a bid for safety. Unfortunately for you, the zombies will do all they can to stop you, and as you’ll soon find out, they’re not as slow on their feet as they once were. 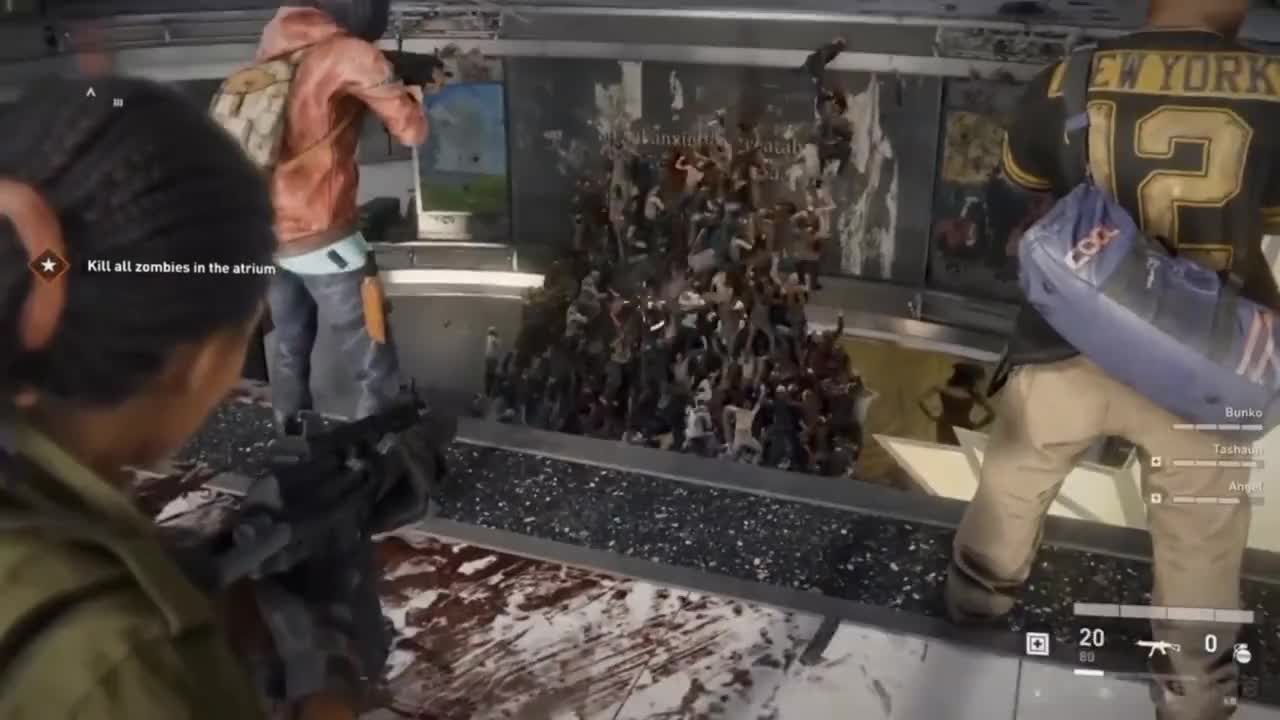 These folk need to chill with these Black Friday deals

Just as zombies have evolved on screen in film and TV, they’ve done the same in game form too; this title in particular is eerily similar to 2008’s Left 4 Dead, a co-op zombie shoot-‘em up.

Here, you choose to play a character from a party of four, just as you did in that game. It’s a title that encourages co-op or multi-player online game-play to get the very most out of it, but you can also play it solo, and just have the other three character slots taken by AI.

There are four episodes in story mode, with each one broken down into three levels to complete. Each episode takes place in four very different locales – NYC, Jerusalem, Moscow and Tokyo. Obviously the best way to stay alive is to work as a team, otherwise you’ll very much be on top of the menu for the ravenous zombie horde.

As is usual in this type of game, ammo rationing can be an issue, so try to make your shots count. It’s not so much a problem on easy mode, but ratchet up a notch and it’ll certainly be more challenging.

Again, like other zombie games, the enemy comes in a number of varieties, with screechy ones making a noise to attract large numbers, ones in Hazmat suits giving off toxic gas, etc. There’s certainly enough variety here to keep you on your toes. 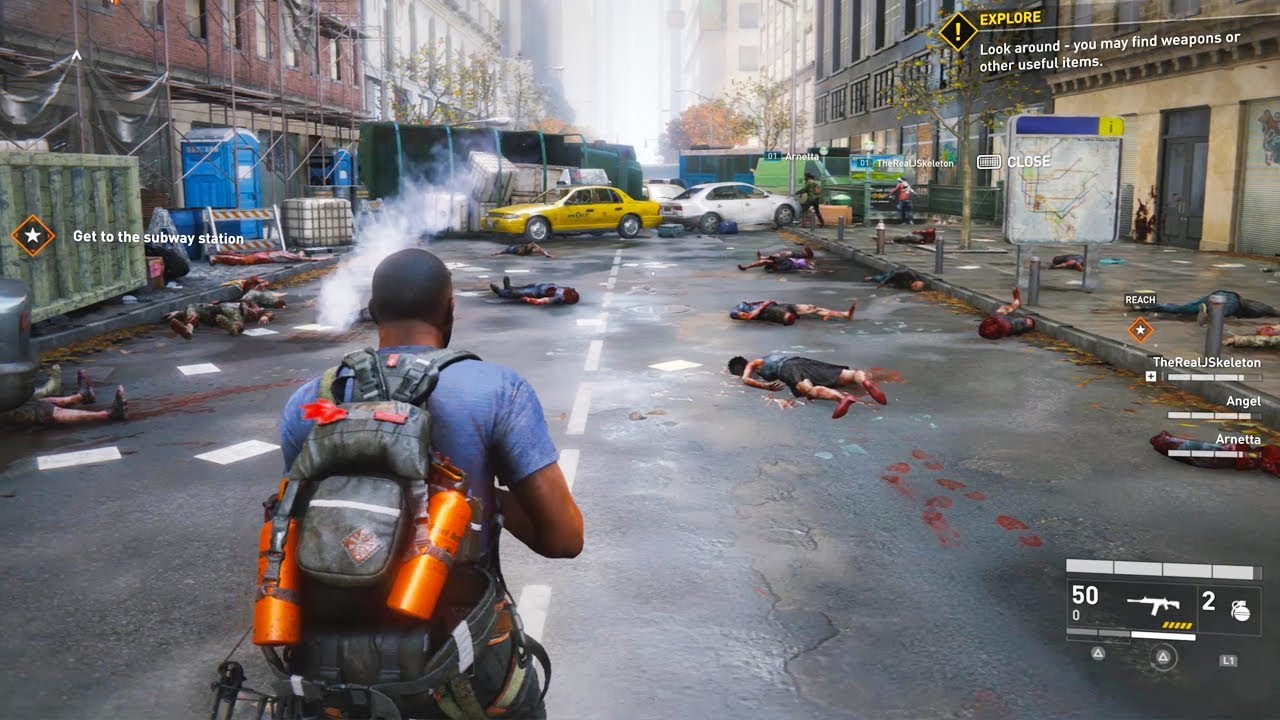 I knew I was gassy, but I didn't think I was that bad.

There is something unique about this game, which it takes directly from its filmic source, and that is the zombie swarms. Not only are there a hell of a lot of them – allegedly up to 1000 on screen at any time – but they have an interesting behaviour pattern, of being able to climb.

It shows this neat trick off fairly early in the game, when you’re attempting to leave the building you first find yourself in, and you’re confronted by hundreds of zombies climbing on top of each other to reach you. Admittedly it’s not the only time the game does this, but it doesn’t stop it being a pretty impressive sight, every time it does; it’s an eye-watering zombie pyramid that you could see, rather worryingly, giving ideas to the Russian gymnastics squad.

And as if dealing with a zombie apocalypse wasn’t enough to handle, the game often gives you other tasks to take on; from escorting someone from A to B, to picking up various parts needed to progress. They’re not exactly taxing, but they do break up the incessant nature of zombies poking their rotting-flesh-noses into your business.

Another nice touch is knowing when a zombie is dead; you can be walking through what seems a graveyard of bodies, when all of a sudden they lurch up ready for some aggro, so you’ll have to be prepared for anything.

There have been long-standing rumours of a sequel to the original film, with the most recent having director David Fincher attached to direct. These alas, much like the human race in a zombie apocalypse, appear to have fallen by the way side, with the project being officially cancelled earlier this year.

This title then, is a decent spiritual successor. It may not be the prettiest game, looking a little rough around the edges, particularly in 4K, but its solid game-play and co-op multi-player modes make it worthy to carry on the film’s flesh-eating legacy.

Yes it may be a one-trick zombie, but it’s quite a trick, one that you’ll likely marvel at time and again.

It’s tricky to predict what’s next for zombies; flight perhaps, or possibly the ability to morph into tangerine presidents, but until then, there’s a lot of undead life in them yet, if this entertaining title is anything to go by.