There’s no doubt that having a hit film brings with it a measure of success, but if you want a lucrative cash cow, then you ideally want a franchise. One genre that possibly knows this better than most is horror.

This is mainly down to two things: horror fans have an insatiable appetite for all things blood soaked, and they are also incredible loyal, often at the disregard for any quality control.

To illustrate, 2003 saw the release of Wrong Turn. It did well enough that it managed a further five sequels, with each subsequent entry becoming less memorable than the last. But the fact that it was a Wrong Turn film was enough for many horror fans.

Hoping to exploit the good nature of these clearly easy to please fans further is this reboot of the original film. 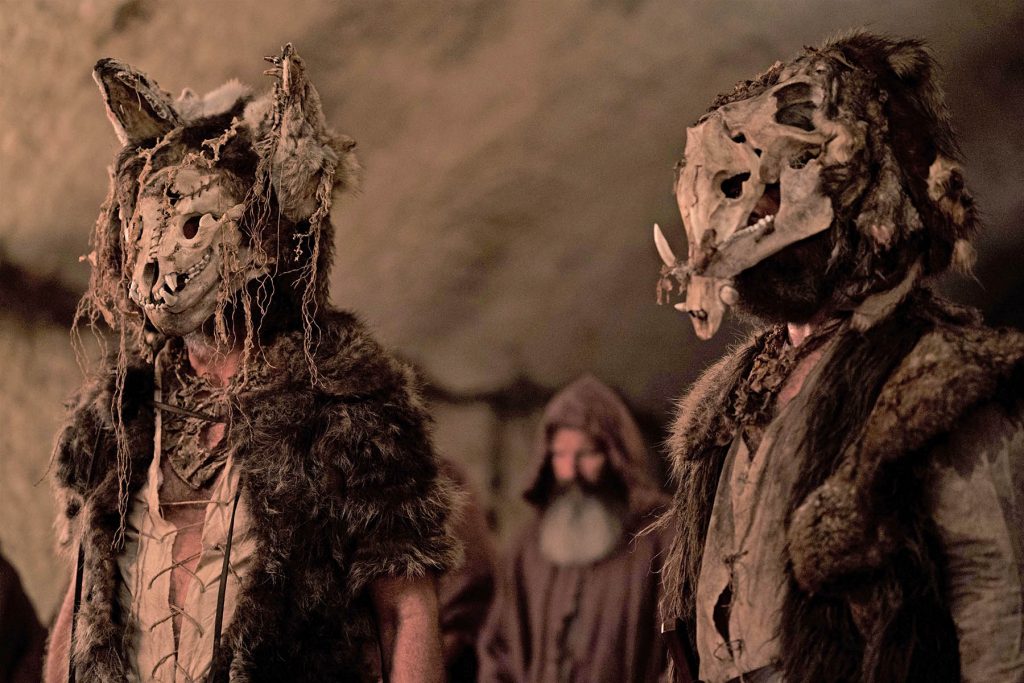 I thought we agreed that I would wear the dead animal costume?!

Six young couples decide to go away for a few days, to explore the outdoors in Virginia. At the small town guest house they’re staying at, the woman running it gives them a piece of advice – stay on the trail, as it can be dangerous to venture off of it.

So off they set on the Appalachian trail, in search of adventure. When one of them suggests taking a detour to an ancient fort, off of the trail itself, they eventually all agree, but end up with far more than they bargained for, when it soon becomes apparent that not only are they not alone, but their presence is far from welcome. 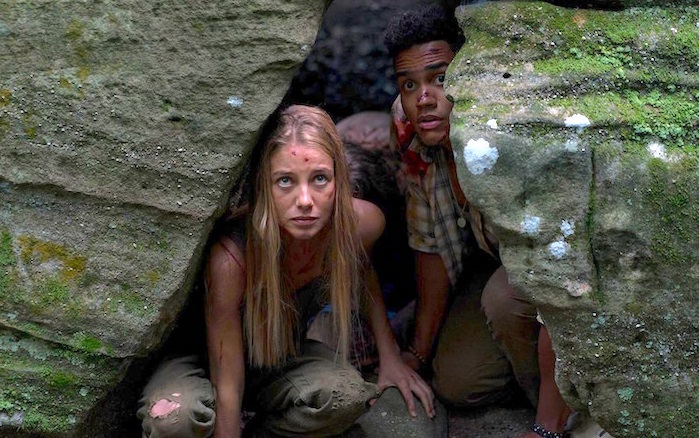 Although this may well be a reboot, it’s a return to familiar ground for writer Alan B. McElroy, who penned the 2003 original, skipping every other entry, to return for this latest effort. Perhaps the reasoning for this is that his original script spawned a franchise therefore the same could happen here. On this evidence however, let’s hope not.

The film is divided into two very distinct halves. The first follows the conventions of a teen horror to the letter, with six characters wandering aimlessly in the woods. It’s both formulaic and generic, offering nothing new. The second half goes off on a somewhat strange tangent, when it introduces what sounds like a Nordic tribe who have managed to exist in the middle of nowhere for a number of centuries. Perhaps by giving them a foreign accent, and therefore a foreign identity, makes them more of a threat in this post-Trump, Make America Great Again world. The fact that they look like extras from the recent Assassin’s Creed Valhalla game makes it even more bewildering.

Then you have the main protagonist herself, Jen, played by Charlotte Vega. Her ‘journey’ is certainly a meteoric one, as she somehow goes from being a humble barista into a full-on Katniss Everdeen in a matter of weeks. Maybe it’s something in all that mountain air.

It does feel that the franchise, and certainly the task at hand, was just too much for director Mike P. Nelson, with only his second stab at directing. There was an opportunity to be a little tongue-in-cheek and self aware, but he keeps everything predictable and unsurprising throughout. He even shies away from making the most out of set pieces, where he wrongfully subscribes to the notion of less is more, when everyone knows that as far as the horror genre is concerned, more is always more.

That could have been forgiven if the film didn’t take itself so seriously and injected some wholly necessary comedy, but what attempts at humour it does have are by no means deliberate.

The horror community, knowing how forgiving they are, will no doubt lap it up, possibly enough to reboot the franchise, but the truth is, this effort is less of a wrong turn and more of a dead end.