Temptation is everywhere. What’s worse, due to the wonders of modern tech, it’s now available to fit in your pocket, and is accessible 24/7 thanks to the three W’s.

It’s difficult to imagine then, particularly in modern times, how the youth, especially those indoctrinated with religious beliefs with questionable attitudes towards sexual acts, cope with sexual development.

In writer Karen Maine’s directorial debut, she rewinds the clock a tad, back to the early noughties, following the sexual blossoming of a young Catholic. 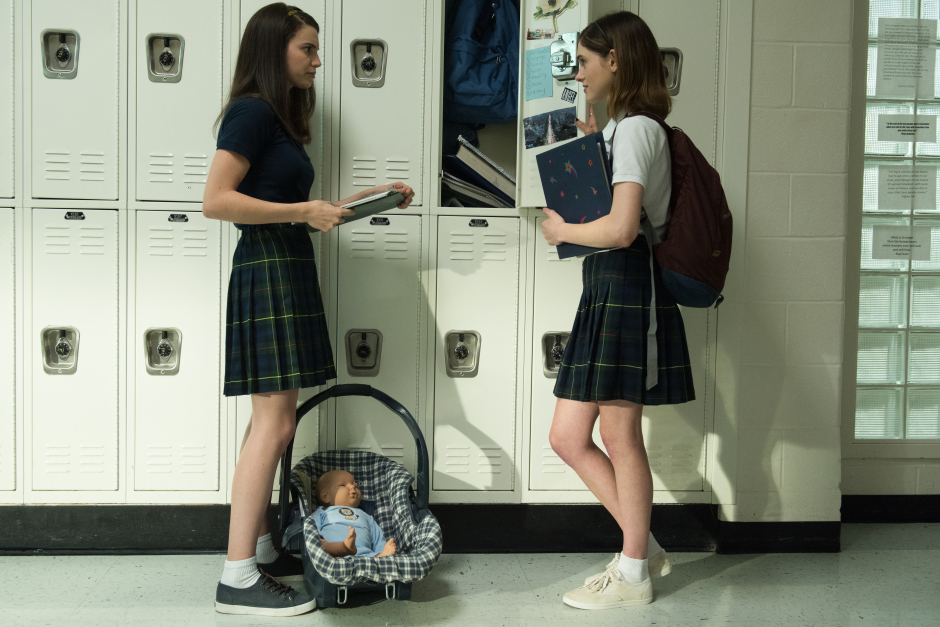 I brought it in for Show and Tell. I'm showing it to Nick Watson and telling him it's his, and that I don't want it any more.

After being accused of being involved with a fellow classmate in a lascivious act described as ‘salad tossing’, she’s none the wiser as to what she’s rumoured to have done. But it has piqued her interest, which leads her into using the family’s computer, and venturing onto a sex chat site. Talking to a stranger, she discovers a pleasurable experience.

She then finds herself attending KIRKOS, a four-day religious retreat for youngsters, which is supposed to be a hugely rewarding religious experience. But whilst there, she discovers that if she thought she was going to be damned for her recent sexual revelations, at least she won’t be alone, as many others there seem to have the same thing on their minds too. 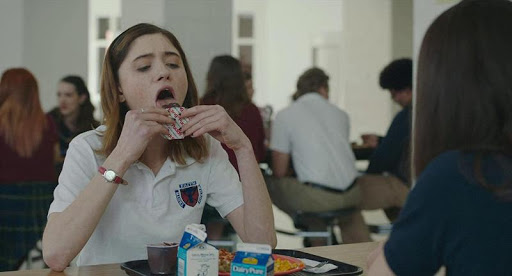 Maine’s film, which she also wrote, is a curious take on both the attitudes towards sex within the Catholic church, as well as its hypocrisy towards it. However, it isn’t your standard teen sex comedy. There’s an eerie quietness to the film, with Dyer’s character having very little to say throughout. Some of her scenes play out like extracts from silent cinema, as she moves through them without any dialogue. Because of that, the script feels remarkably underwritten in places.

This wouldn’t necessarily be an issue, but it does mean that the main protagonist has little by way of a voice. She has a best friend, and other people she can interact with, but Maine, for the most part, relies on facial expressions to describe how she’s feeling at any given point. If the character is suffering from emotional turmoil, it would have been interesting to hear it, either by way of access to an inner monologue, or in open-ish discussion with a close friend. This is an incredibly important time in any teen’s life, and pulling faces just doesn’t seem to do her emotional state any justice.

So it’s disappointing that Maine relies on a physical response when Alice gets a physical buzz from pleasing herself, more than once, throughout the film. Sure, it’s no just-baked apple pie, but it’s a similar level of crassness that could have been represented with far more sophistication.

The director does well in evoking the time period fairly well though, as well as highlighting the hypocrisy of some in the church that struggle to practice what they preach.

It’s difficult to come away from this film and not think it was a missed opportunity. There was scope to dig a little deeper, and certainly express the protagonist’s sexual awakening with more clarity.

Unfortunately, as quaint and charming as it is in places, the result resembles a hymn sheet being sung with particularly weak voices.