You Should Have Left

If anyone can be considered to have the Midas touch when it comes to screenwriting in modern cinema, it’s David Koepp.

Koepp has penned some of the most successful films in the last thirty years, including Jurassic Park, Mission: Impossible, Spider-Man and Indiana Jones and the Kingdom of Skulls. In fact his box office takings are so impressive that if you add them all up, they make him the ninth most successful screenwriter, of all time.

When he does give himself a break from tapping away at those keys, he gets behind the camera for a spot of directing, as he does with this horror feature. 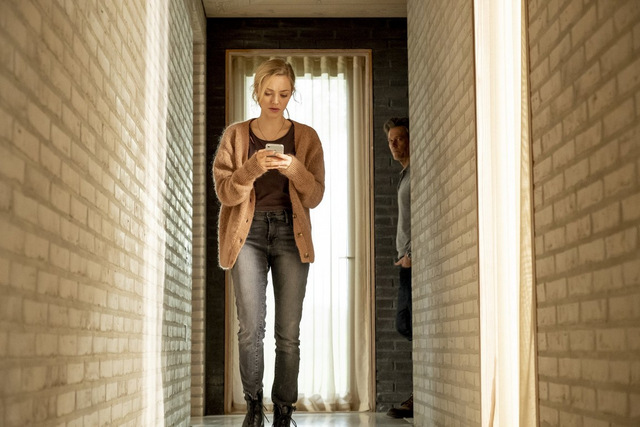 I knew it! I knew she couldn't stop playing Candy Crush.

With his wife Susanna (Amanda Seyfried) working so hard as an actress, there isn’t much family time available for Theo (Kevin Bacon) and their six-year-old daughter Ella (Avery Essex). They agree then, that, between her shoots, they will take off for a break, just the three of them.

The American family end up in an impressive new build, nestled deep within the Welsh countryside. Not only is it a chic and modern design, it’s absolutely massive, especially with only three of them rattling around on the inside.

After a few days staying there, all of them start to get the feeling that there’s something a little off with the house. It’s not helping with the nightmares Theo is suffering from, that’s for sure.

It’s only after a row with Susanna that Theo starts to believe that somehow the house has its part to play in the tensions between the pair of them. 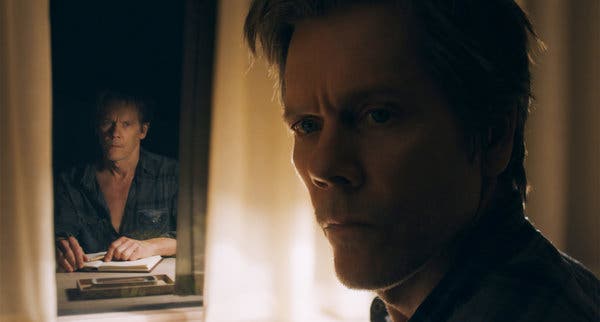 You should look away in shame. How could you let both us down doing this crap.

There are a number of talented filmmakers who can both write and direct, but sadly Koepp isn’t one of them. And although the industry has given him a number of opportunities to direct, it’s in the clear knowledge that it’s not a strength of his. He doesn’t do himself any favours however, when you consider his previous effort at directing was 2015’s widely panned Mortdecai starring Johnny Depp.

And as he also wrote the script for this incredibly weak effort, he only has himself to blame.

If you pull back all the unnecessary layers that Koepp studiously implores, what’s left is a haunted house flick. What Koepp fails to understand however, is that modern haunted houses never work. The property used in the film is certainly one that would make Kevin McCloud rather giddy and excitable, but a house for horror, it is not. Clean lines sure, but nothing to make you poop yourself.

These means that Koepp has to heavily rely on camera tricks to build up a sense of tension that sadly just don’t work. The result is a house that that suffers from a TARDIS complex, looking bigger on the inside than the out, but without the audience really buying into it.

This gives both Bacon and Seyfried not much in the way of wriggle room when it comes to their performances, as there’s very little that’s truly frightening within the house, except perhaps its rather drab decor.

Koepp clearly saw something in the film’s source material, a 2016 novella from German writer Daniel Kehlmann, but for someone with his obvious talent for storytelling, struggles to make any coherent sense on the screen. He attempts to incorporate the themes of nightmares, jealousy, and a previous marriage that ended suspiciously, but they all fall flat, either in isolation or together. It’s the kind of narrative that would have got laughed off of the table at idea reads for The Twilight Zone.

The result is akin to the dullest property viewing ever to be filmed. That or a true nightmare of getting locked in at an IKEA store.

It’s a project that both the director and its two leads should have heeded the film’s prophetic title and should have left well alone.