Although the public’s craving for all things zombies may not be dead entirely, it is limping heavily, which is apt.

Even this sequel has dragged its dead heels, following as it does 2009’s original, eleven years on, with the gang still together. 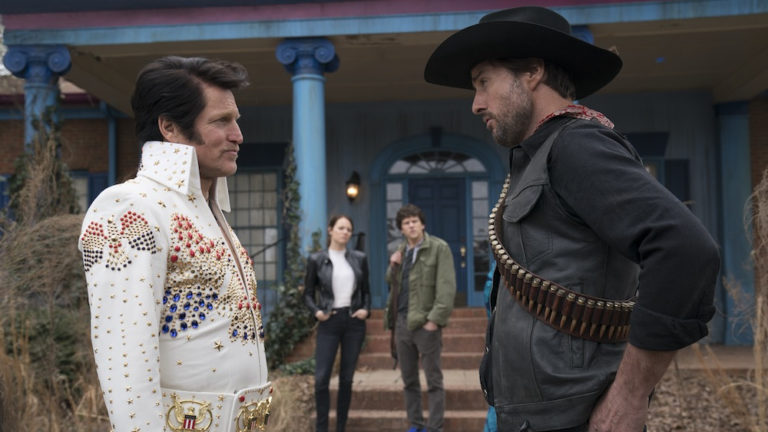 This is just what Westworld needed, don't you see? A robot Elvis!

Tallahassee (Woody Harrelson), Wichita (Emma Stone), Columbus (Jesse Eisenberg) and Little Rock (Abigail Breslin) have found a new home since last we saw them. Not to do things by halves, they’ve chosen a really big house to live in – the White House, in fact.

With Wichita and Columbus a seemingly tight couple, Little Rock is feeling a need to go out and search for some company. The group are against the idea, but when sister Wichita has a disagreement with Columbus, the pair find themselves taking a car and heading off, leaving the two guys behind.

With no way of finding them, the guys decide that only one thing will help – retail therapy – so they go to a mall. It’s there that Columbus discovers Madison (Zoey Deutch), who’s been hiding out there for some time. She decides to join them and heads back to 1600 Pennsylvania Ave NW.

A month has passed since Wichita and Little Rock left, then out of the blue Wichita returns. Little Rock took off without her, and now she has no idea where she is. Although she only came back for supplies, the group agrees it’s only fair that they join Wichita in looking for her younger sister. And that can mean only one thing: road trip. 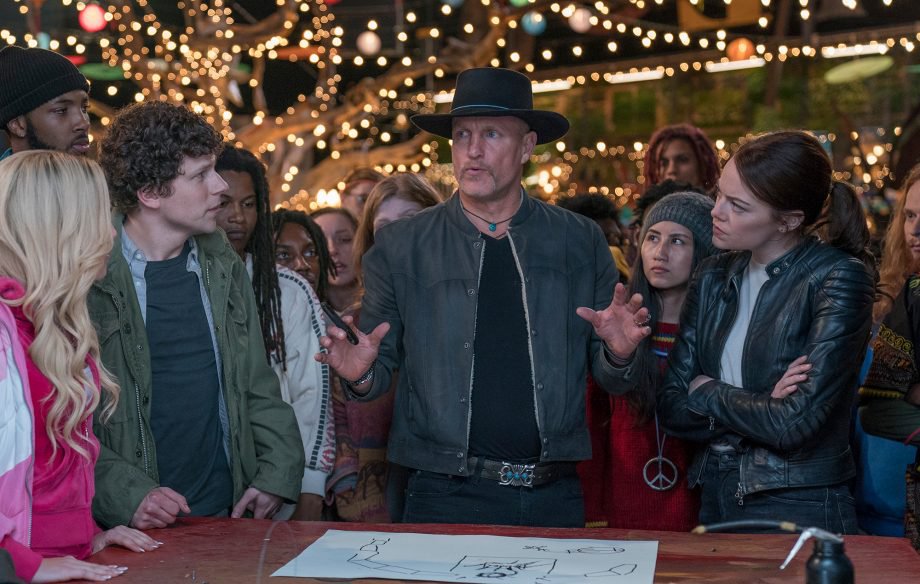 I played Woody in Cheers and that's why I deserve the biggest trailer.

With the originals release predating The Walking Dead series, it helped prep the world for further flesh-eating adventures ahead. With the general consensus being that the appetite for zombies has now waned, this does feel as if its missed the rescue boat somewhat.

It’s early scenes clearly try to inform us that times have indeed moved on, with new types of zombies now on the loose, but it still doesn’t really move the genre forward any.

And although the story is on the stale side, focusing as it does on a rather lame road trip, the dialogue is acceptably frothy in places. It’s the colourful characters and their relationship with each other, that keep the film going, and the introduction of Deutch, and the arrival of Rosario Dawson, Luke Wilson and Thomas Middleditch are welcome additions. And yes, Eisenberg may well be in Woody Allen 2.0 mode throughout, but he still manages to be mildly entertaining.

The interaction with zombies however, is definitely diluted; they just seem to be more of an inconvenience than a threat, and therefore are unlikely to raise an eyebrow, never mind an undying fear.

With the film caught in rather bland middle ground territory, being neither hilarious nor downright frightening, it begs the question of whether a sequel was even necessary, particularly being so long down the road since the last.

Perhaps it signals the death of the zombie genre – for now at least – because as everyone knows, you can’t keep a flesh-eating zombie down for long.


***Fancy winning a copy of this title? Then you should enter our competition, for your chance to win a copy on Blu-ray. Click here to enter.***