It was only recently we were describing how influential a TV show can be to the careers of its stars. The case in point was the BBC drama Normal People and the impressive trajectory it’s taken Daisy Edgar-Jones on, which has sent her Hollywood bound with the release of Where the Crawdads Sing.

Opportunities have been afforded to her co-star too, Paul Mescal, although admittedly on a far smaller scale, with this low budget independent drama. 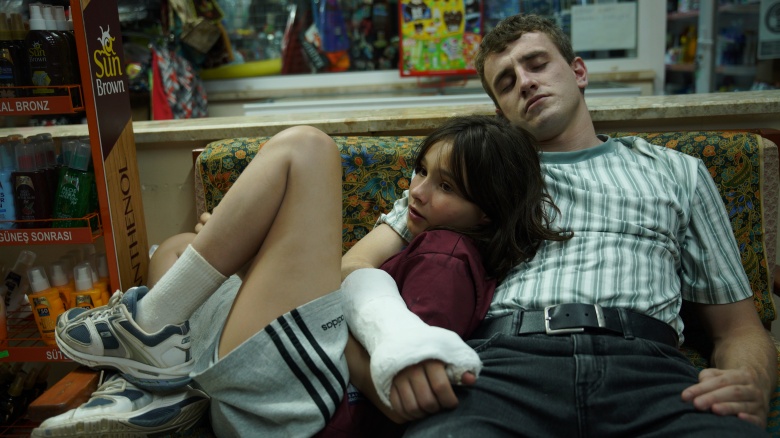 Watching all the Harry potter films back to back was too much for some.

With the fact that Calum (Mescal) has split up with the mother of his young daughter Sophie (Frankie Corio), he makes more of an effort when it comes to the summer hols, by whisking his 11-year-old off to a resort in Turkey.

Although their hotel turns out to be a bit of a building site, they pop over to another hotel during the day to use their facilities.

He wants it to be the type of holiday where long-lasting memories are made, and to make sure of it, he brings along a video camera to record their time together.

It transpires that capturing these moments ends up being pretty important, especially to older Sophie, looking back twenty years later at the precious time she shared with her father, who seemingly only exists now in the footage they took. 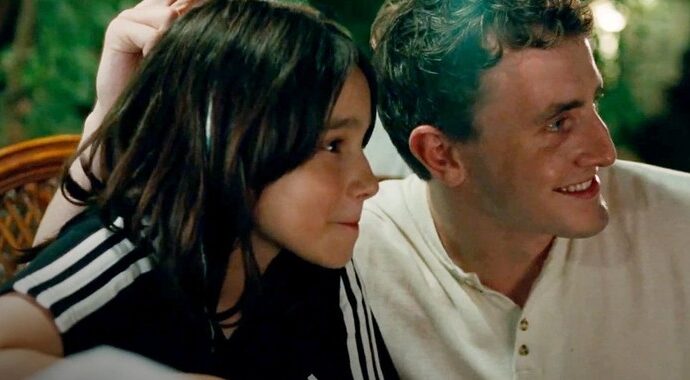 Just letting you know, I can only hold her head in place for so long.

Just as the recent The Box was an examination of a son getting to know his father, Scottish director Charlotte Wells’ debut follows a similar path, albeit the relationship between a daughter and her father, specifically during one holiday they took together, around the late nineties.

As you would expect, the heart of the film is the on-screen relationship between Mescal and the wonderful Corio, making her acting debut. It’s a very natural portrayal, with the pair enjoying a truly believable father daughter relationship, that is a pleasure to watch develop.

Although we spend a lot of time in their company, you get the impression that we don’t know the full picture, despite all the footage taken. It’s more implied rather than stated that Calum is unwell, and that this is likely to be their swansong holiday, which is why he wants to make it as memorable as possible for Sophie.

At the same time, Wells is also keen to have it be somewhat of a coming of age tale, with Sophie coming into contact with older teens, who are doing what they do best on holidays in the sun, with Sophie eager to observe.

Then Wells over complicates things by having flash forwards, showing the elder Sophie watching the footage back alone. This serves no real purpose except to possibly acknowledge that Calum isn’t around anymore, which an audience could have worked out all on their own without. There’s something annoyingly ethereal about this modern footage, that features no dialogue, that’s shot as if it’s almost a dream itself, which adds nothing but confusion to the story. It’s certainly a different take on the bog standard flashback, but it just doesn’t work that well, because it’s just not worth caring about; we’ve invested our time in getting to know Calum and Sophie on this holiday, and with older Sophie appearing in an almost dreamlike state, with the only reason to reinforce the obvious, that she misses her father, it’s all rather redundant.

It could have been a powerful film about loss, grief and the organic bond between a father and his daughter, the result however is about as enjoyable as being forced to watch someone else’s holiday memories, and there’s nothing more tedious than that.