EA know a thing or two about taking flak. Not from developing their contender to the Call Of Duty throne, by way of the Battlefield series, but from what many believe to be dubious practices regarding micro-transactions.

The company received a huge barrage of criticism when they released Star Wars: Battlefront 2, a game littered with micro-transactions, encouraging players to make further purchases once they bought the game, to ‘improve’ their gaming experience. Needless to say, the force wasn’t so strong as far as that was concerned.

After the success of their retro shooter Battlefield 1, a sequel was inevitable. What was less certain however, was how the game would play; When Activision announced that their latest instalment of COD would be released without a single player mode, it felt that perhaps war games were indeed changing.

Thankfully, this time EA stuck to their guns and made sure that the single player was very much alive and well for their latest venture. 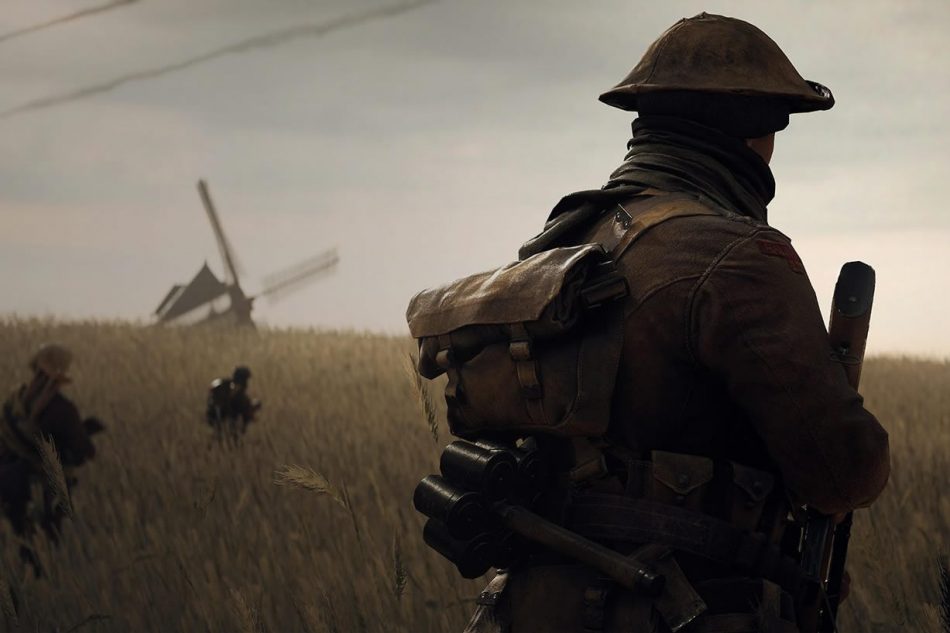 Do we really have to sneak up on another bloody windmill?!

It’s not just a tacked on after thought either; the single player experience in Battlefield V is just that – an experience.

It’s split into four different campaigns, offering the storyline of four different individuals in various locales across the globe. And yes, one of them is from a young woman’s perspective, which is more than welcome.

These campaigns are both story and campaign driven, which gives them an appealing cinematic quality. We were surprised that there was even a few, genuine laughs to be had, which was far from expected.

These campaigns are also structured in a way that you can tackle them with your own gaming style; so if you’re a creepy, sneaky, silent ninja kinda player, go for it. However, if shooting from the hip and asking questions later is more your thang, you can do that too. If you want to get those achievements however, you’ll have to be less flexible and follow the rules.

By breaking the campaign into four sections, it allows you to enjoy not only different view points, but also vehicles, terrain, weather etc. So in doing so, it feels less repetitive to play through.

Of course many gamers do go straight to the multiplayer, and they won’t be disappointed. War, by definition, lends itself to battles, and they don’t get much bigger than this. Some aspects here have just been super-sized; from the maps, to how many can play at any given time, to the various tasks at hand. The only real downside to it is the amount of time you will have to dedicate to the multiplayer cause. It is not something you can just dip in and out of willy nilly; instead, you’ll have to set aside at least half an hour to submerge yourself in battle.

In truth, we personally feel let down by Activision’s decision to forgo the single player element of their most recent COD release, regardless of how good the multiplayer experience is. They have clearly succumbed to the fad that is Battle Royale, at the expense of a decent single player campaign mode, that really isn’t going anywhere. 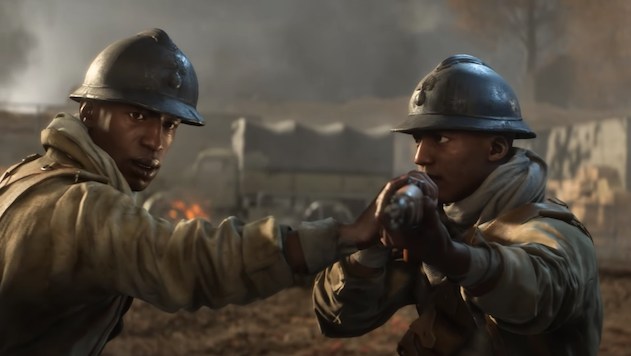 Wait, if you shoot the white one, we won't hear the end of it.

EA then, should be applauded. Yes micro-transactions are dubious, but by showing continued support for the single player, we’ll always have their back.

Battlefield V is an extremely well-balanced gaming experience, that manages to excel on both fronts – single and multiplayer campaigns.

It will be interesting to see how the battle lines are drawn in the future, and how willing certain developers will be to jump on current bandwagons, but as far as this current war is concerned, there can be only one winner standing on the battlefield, proudly flashing the ‘V’ sign.