There are only a handful of individuals that transcend the label of film star to icon, with the biggest arguably being Marilyn Monroe.

But as is often the case, all the fame and money in the world don’t necessarily bring happiness, as this Netflix original production most definitely illustrates. 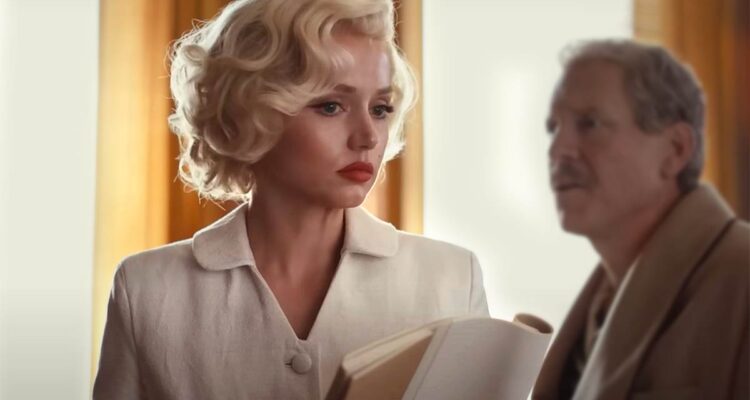 Now what did I come into this room for again?!

As childhoods go, young Norma Jeane Mortensen had a pretty rough one; not only did she not know who her father was, but her mother suffered severely from a mental illness, so much so that Norma Jeane ended up being sent to an orphanage.

Later in life Norma Jeane (Ana de Armas) developed a passion for acting, and found herself eventually up on the silver screen, albeit inauspiciously from the casting couch. She developed a persona, more of a facade to hide her true self behind, with the name Marilyn Monroe.

She would go on to become one of the most recognised actresses of her generation, but the more famous she became, the more heartbreaking her personal life was, with a string of dysfunctional relationships that not only eventually stole the light from her eyes, but also her life. 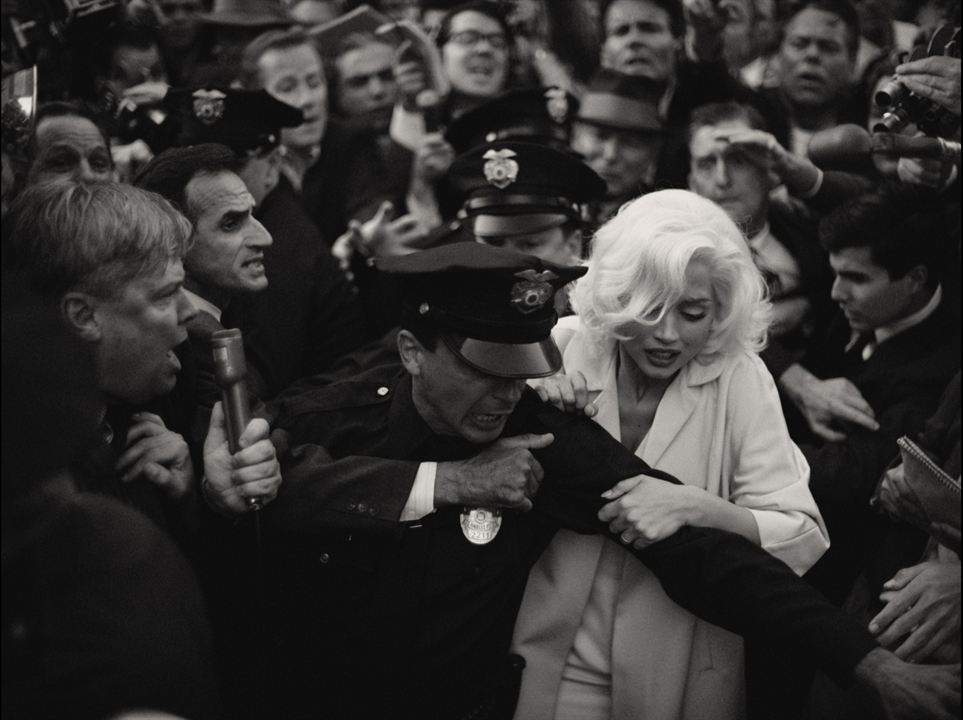 I only popped out for a pint of semi-skimmed milk.

Kiwi director Andrew Dominik returns after a lengthy hiatus – with his last fictional feature being 2012’s Killing Them Softly. He appears to be making up for time with this title however, as it’s quite a dense piece of film-making.

There’s certainly a lot going on visually, with it being shot in both colour and black and white, alternating throughout, as well as a number of screen ratio changes to boot. The result is somewhat dizzying in places, often somewhat pretentious with a number of scenes resembling one of those pompous perfume ads. To that end, it’s overly manufactured and misses an organic touch.

And then there’s its star, de Armas; visually there’s no denying that the Cuban actress looks the part, appearing just as stunning as Monroe herself. She also handles the emotional turmoil, of which there is plenty, with aplomb. The drawback however, is her voice. There’s no disguising the fact that she isn’t American, with her accent certainly evident in much of her dialogue. This wouldn’t necessarily be an issue with anyone else, but part of what made Monroe an icon, is her voice. You only have to hear her breathless rendition of Happy Birthday to appreciate that fact. And although de Armas completely embodies the part physically, her lack of an authentic accent was certainly an unwelcome distraction.

It also could be said that Dominik’s direction is all style over substance; when it comes to the facts of her life, they appear to be presented in an almost bullet point fashion: relationship with Joe DiMaggio – tick, relationship with Arthur Miller – tick, relationship with JFK – tick. All rather predictable. Nothing about her first marriage (to James Dougherty), or other relationships with the likes of Laurence Olivier and Clark Gable. There’s also an ambiguity regarding her death, which there seemingly was in real life too, but it offers nothing by way of any explanation for her death at the end of film. So if you’re completely unfamiliar with her story, as many will no doubt be, then her end, as well as the film’s, will remain a mystery – spoiler alert, it was a drug overdose.

Dominik also appears hung up on the miscarriages Monroe suffered, by overusing scenes of her CGI unborn than necessary. It’s safe to imagine that most audiences know what an unborn child looks like, and really don’t need to rely on visually reminding them so often.

And for all its visual splendour, it’s an absolutely miserable watch. It is a black hole of a film, completely devoid of light. In fact, whatever the opposite of a feel-good film is, this is the definition of it. It’s less a biopic and more an essay on the creation and invention of an icon, her transformation from Norma Jeane to Marilyn, and the utter destruction that comes with it. And it’s bound to take its toll on you.

There’s no doubting that Monroe’s life is worthy of a biopic, but it would have benefitted with a sprinkle of joy in her life, which she must have surely had on occasion, and not this relentless, unflinching tragedy as this film portrays.