Sometimes gaming can get a little too much, particularly these days where so many titles can have you playing in their worlds until your limbs feel numb and your eyes feel like crying blood.

Instead of mainlining pixelated adventures until you can’t get up from your chair unassisted, it’s a joy to just dip in and out of a game. One of the best gaming genres for that is the puzzler.

BoxBoy! may well be a name you’re already familiar with, as he’s thrown some puzzling shapes in past titles, but this is his first outing on the Nintendo Switch; and this time, he’s brought some fellow squares with him.

There are two ways to play, with single player and co-op modes available, the latter being available for the first time in the series. 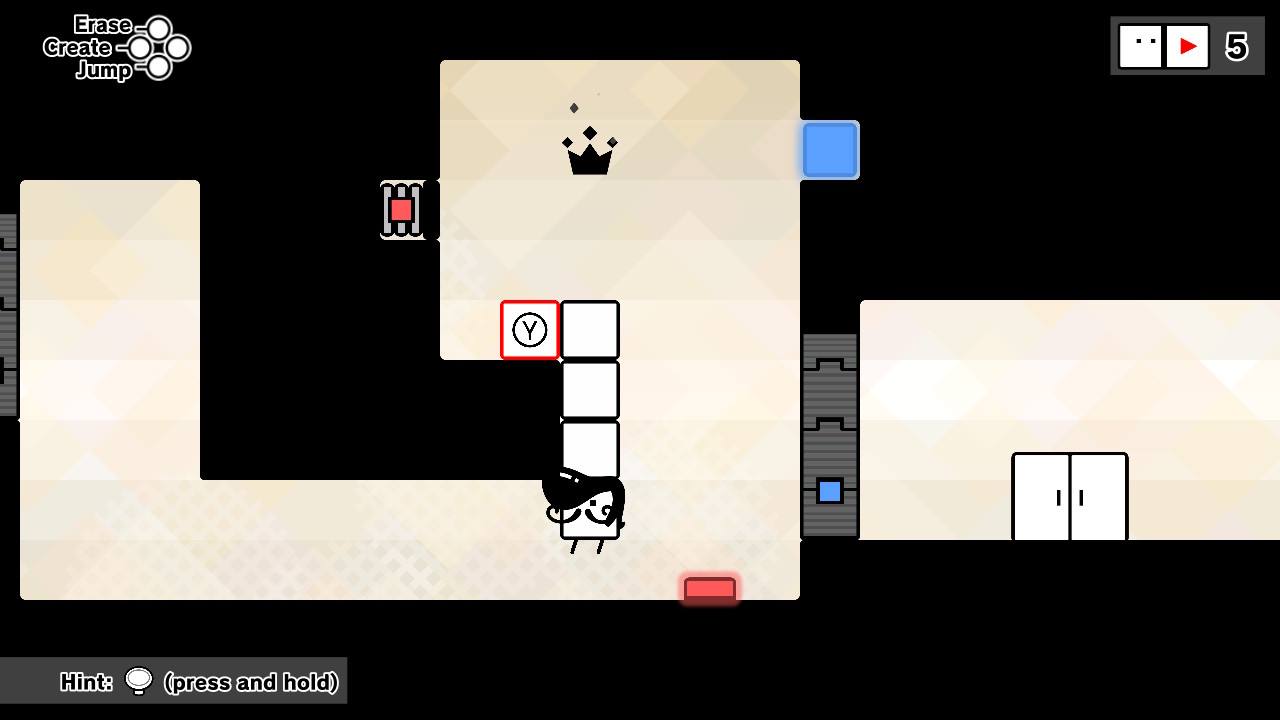 Look atz me! I am the king, no?! Zen givez me the crown, zank zee ver much.

You play a box – either the male Qbby, or the female Qucy - with the only difference being cosmetic, as Qucy wears a bow in her hair. In both modes the objective is the same: to exit the level. This is done by creating boxes that can be used as platforms or steps. Each level has a limit on the amount of boxes you can create in one go, with this limit varying from level to level. So one level could have a limit of three boxes, where you can use any number up to three boxes to aid your exit.

It’s one of those games that doesn’t necessarily make a whole deal of sense when described, but soon becomes intuitive when playing.

And as is the MO of many a decent puzzler, the game allows you to feel, initially at least, that you’ve got the better of these boxy clowns, as you breeze your way through early levels. This of course may be less of a breeze, and more of a turbulent gale blowing in your direction in co-op mode, depending on your relationship with the person you’re playing with. The only way to complete co-op mode is, unsurprisingly, with the full co-operation of the person you’re playing with; and like many a co-op game past, these can be testing times indeed.

Of course just when you think you’re on top of things, you hit a new world with new challenges. For instance, when ladders are introduced. Developers HAL Labs, mostly known for all the Kirby games, have pitched the learning curve just right, as you do start to feel your cerebral cortex twitching the deeper you go into the game.

As far as presentation is concerned, it’s pleasingly minimalistic. Graphically it’s a world created with simple, clean lines with unfussy backgrounds that won’t put you off your task. 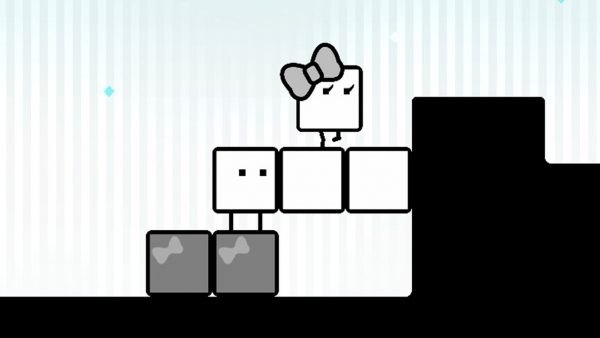 When I said I felt you walked over me, I meant emotionally dammit.

And unlike fellow puzzlers, such as the pretty Samsara, the game isn’t one for true life physics. For instance, if you build a platform three blocks wide, you can push it over a gap until only half the weight of the first is suspending the rest of the platform as rigid as a male virgin on a first date. You can walk to the end of it, and the platform won’t move. Sure it defies logic, but ultimately, it’s more of a help than a hindrance, so the science of it all is certainly worth overlooking.

If the game isn’t taxing enough for you, there are other challenges available; the main one being getting through the level with the fewest boxes used. It doesn’t sound much, but when you get into the rhythm of the game, you will feel guilty for moving on if you haven’t achieved it.

There will be times when you hit a level that completely befuddles you. Luckily, you can buy a cheat with the coins you’ve earnt, to get you out of a pickle. Just don’t try to rely on these too much however, as they’re likely to suck all the fun out of the game.

With no real time limit involved, you can take your sweet time over the puzzles. Some will come easier than others, but there’s no real pressure to complete there and then.

BoxBoy! + BoxGirl! is a perfect example of its kind; it’s a challenging puzzler - that could be easily made more challenging in co-op mode if you let it - that you can spend as much, or as little, time on it as you want. It’s certainly a welcome distraction from days lost to fighting zombies in the dark.

So if you enjoy using your brain, instead of seeing it time and again splattered across the side of a barn, BoxBoy! + BoxGirl! well and truly deliver the goods.