Although an original member, it didn’t take Chevy Chase Long to leave the weekly US comedy Saturday Night Live, leaving after only one and half seasons on the show, where he was replaced by a certain Bill Murray.

Chase was being courted by Hollywood, and didn’t waste any time after leaving to make an impression with two films in quick succession, 1983’s National Lampoon’s Vacation and 1985’s Fletch, both of which cemented his position as a bone fide movie star.

The latter, based on the Fletch novels by Gregory McDonald, proved to be both a critical and box office success, spawning the 1989 sequel Fletch Lives.

Since then it is a franchise that has had a number of attempts to be revived, by the likes of Kevin Smith and Bill Lawrence (creator of TV’s Scrubs), with various names attached to play the titular character, including Brad Pitt, Jason Lee, Ben Affleck and Zach Braff. But none of these projects managed to bring Fletch back to life. Until now, with the familiar notion of a TV star attempting to make his mark starring in a film. 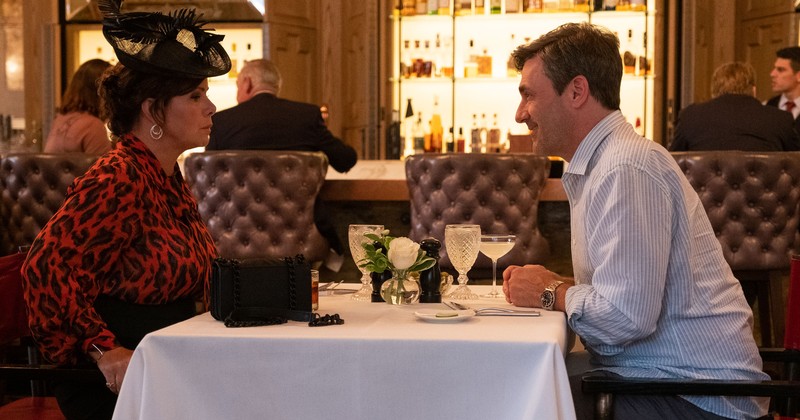 I'm sorry but it does look like a blackbird has swooped down and landed on your head.

Rome, a city of love, and that’s exactly what Fletch (Jon Hamm) finds there as he quickly gets involved with local Angela (Lorenza Izzo).

It’s not long into their relationship that Angela insists that Fletch return stateside to investigate the theft of her father’s impressive art collection that’s worth a large fortune. Fletch, now a freelance journalist agrees because, as he’s keen to point out to absolutely everyone, he use to be an investigative reporter of some repute.

Unfortunately for Fletch, it doesn’t take him long before he finds himself in hot water, just moments from turning the key and entering an apartment he’s supposed to be staying in, that he discovers a dead body. And although he does the decent thing of calling it in, it doesn’t stop the police from placing Fletch their number one suspect.

Now Fletch finds himself in a position of not only hunting down the stolen paintings, but also having to find the actual murderer to prove his innocence. 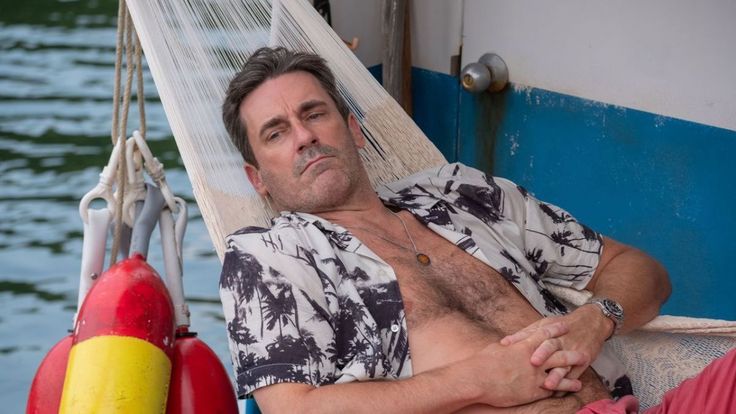 Much like Chase did in his early career, Jon Hamm made a considerable impression in the critically acclaimed US TV show Mad Men, playing advertising exec and all round cad Don Draper. And although he comes from a dramatic background, he proves here that he’s no stranger to comedy.

Director Greg Mottola, who helmed the woefully underappreciated Adventureland, wisely chooses to use the series of books as his main source material.

Hamm is utterly convincing as Fletch, utilising many of his little oddities, such as enjoying being bare foot, and giving all his cab drivers a star rating, to good effect. The film itself however, has a curious rhythm, which can take a little time to get the hang of. It’s also hindered by the fact that not all its jokes land as intended, and come across as somewhat clumsy.

Where it does land however is with its many rich characters, and their interaction with Fletch, from his Italian girlfriend Angela, to Inspector ‘slo-mo’ Monroe (played by Roy Wood Jr.) and his partner Griz (Ayden Mayeri), to Angela’s mother-in-law the Countess Sylvia (played by Marcia Gay Harden). An honourable mention should also go to the guy who looks after security at the boat club who can’t handle clams.

Fletch’s resurrection is a welcome one then, even if it doesn’t quite hit all the right notes. It certainly does enough to make a possible sequel appealing enough, with this one doing enough of the ground work for it to improve upon.

And we would have to confess, we wouldn’t mind seeing Hamm return to the role and give it another go of fleshing out this enduring character.

But as far as this effort goes, three stars.