You can’t help but like Steve Zahn. And although he’s far from being an ‘A’ lister, he’s a performer who puts the character into character actor. So what if that character is a well-meaning stoner, Zahn has got it down to a tee.

But zany Zahn has talent, as anyone who witnessed his strong turn in the HBO drama Treme would have seen; sure he played a stoned DJ, but there was real pathos in performance.

Here he swaps weed for prescribed drugs, playing a father coming to terms with a daughter questioning her sexuality. 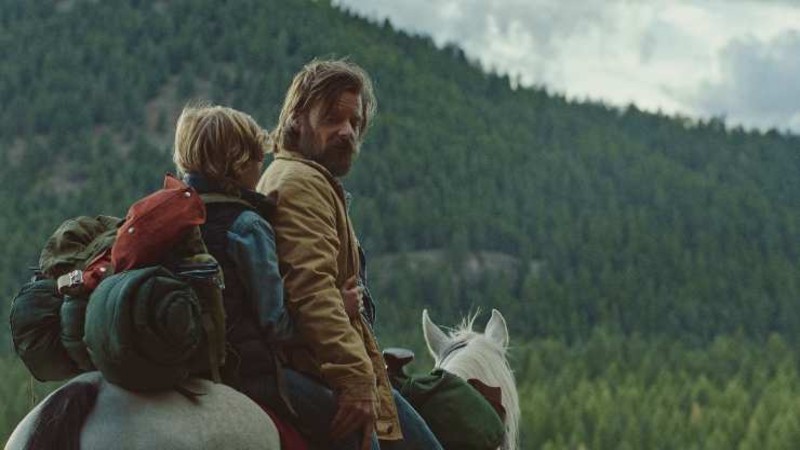 Trust me, the amount of sighted zombies in this neck of the woods is tiny.

Although Troy (Zahn) has a redneck mentality about him, where he enjoys hanging out with his buddies late at the bar, hunting, and generally embracing the dude lifestyle, he has a very sensitive, caring nature when it comes to raising his daughter Josie (Sasha Knight), who is 11-years old.

This is no more apparent when Josie decides that she no longer wants to be a girl and would prefer to identify as a boy. This comes as a shock to mom Sally (Jillian Bell), who blames it on her estranged husband, for filling Joe’s head with stories rich in masculinity.

With Joe seemingly suffering with his mother’s lack of understanding, Troy thinks that a fresh start would do them both the world of good, and decides on an ambitious trek through mountainous Montana to Canada. But is abducting his child and running off to a new land really the best solution? 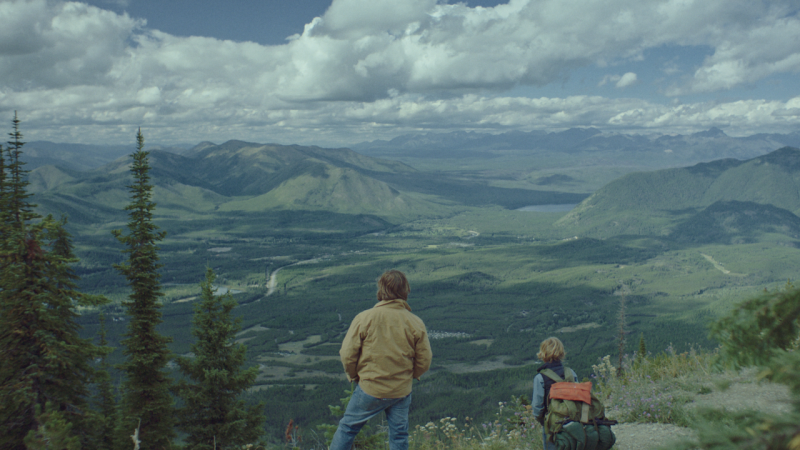 Just imagine how wonderful it's all going to be with the world's biggest mall slap bag in the middle of it!

There’s quite a bit going on in Anna Kerrigan’s second feature, which she also wrote. At its heart is a family going through change, with some struggling to accept it more than others. The mom figure is well-meaning enough but is blinkered by her narrow-mindedness. She just wants her daughter to like all the other girls, wearing dresses and playing with dolls, and can’t accept his decision to be Trans.

Zahn’s Troy is loveable if flawed, as he’s on medication for manic episodes. When he’s in normal mode, you get to see Zahn as a grounded, thoughtful individual, who clearly has a lot of love for his child and still his wife. When Zahn hits manic mode however, there are signs of standard Zahn, pushing his performance just over eleven. Overall though it’s a role he does well with, playing a father who would do anything for his family.

And then there’s Joe, played by Knight. There’s no denying that it must have difficult for Knight in his first role, a boy playing a girl who wants to be a boy, and it may have just been a bit too big for him. Part of the problem is that we have been spoilt in recent years with some sublime performances by young talent, as the delightful Alan Kim illustrated in the recent Minari. Knight’s performance is somewhat flat and two dimensional by comparison, with the emotional plight the character goes through coming across as somewhat stunted. Not that Zahn would complain, as it gives his character more opportunity to shine, but the film overall suffers from it.

Kerrigan’s film is sweet and occasionally tender , with some nice rural cinematography soaking up some of the breathtaking scenery that Montana has to show. But with the young Knight not quite up to the task of delivering the kind of emotional range needed for such a complex role, the film doesn’t live up to its potential.

As far as Zahn is concerned, he doesn’t really offer us anything that we didn’t already know, but there is a little bit more depth than usual, and that can only be a good thing. It’s a role that fits comfortably within his wheelhouse, with a dash of extra maturity, and there’s nothing wrong with that.