The House of Mouse have been no slouches when it comes to video games, with over 300 titles released featuring much loved characters, going back as far as 1981 with the Mickey Mouse Game & Watch.

This latest brings all their big hitters to the Disney table, as well as dipping into the Pixar well, making it a dream come true for Disney fans. There is a catch however, it’s a free-to-play game, so will that fact put a lot of potential gamers off? 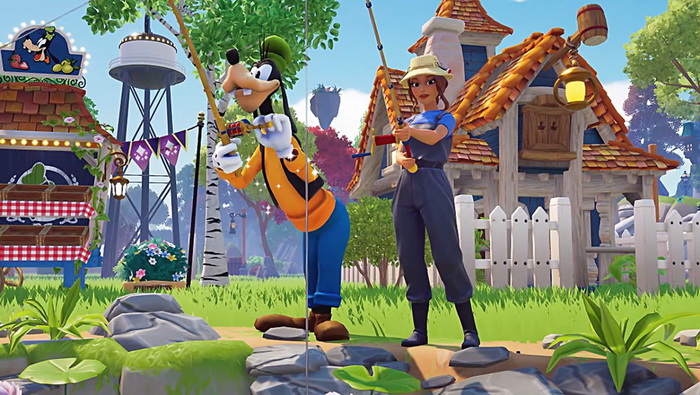 No, you can tell me honestly, does my bum look big in these?

Imagine a land where classic characters such as Mickey Mouse, Goofy and Scrooge McDuck live, in colourful harmony, alongside the cute Wall-E, Moana and Maui to name but a few. And then the Forgetting happened, that not only wiped all their memories, but caused Night Thorns to grow across all their land, restricting their movements.

Dark times then in Dreamlight Valley. A time for a hero to come forth, with a power to save all these beloved characters, and return their land to the stuff of dreams once again.

So, in case you didn’t guess, you play the protagonist whose job it is to save the day. After choosing your preferred gender, you then have the pretty standard job of creating your character. This will be all too familiar to most of us by now, and yet, with the sheer weight of the Disney franchise, and so many outfits associated with so many memorable characters to choose from, it’s a surprisingly pleasing chore. And that’s a phrase that could be said for the entire game in general. 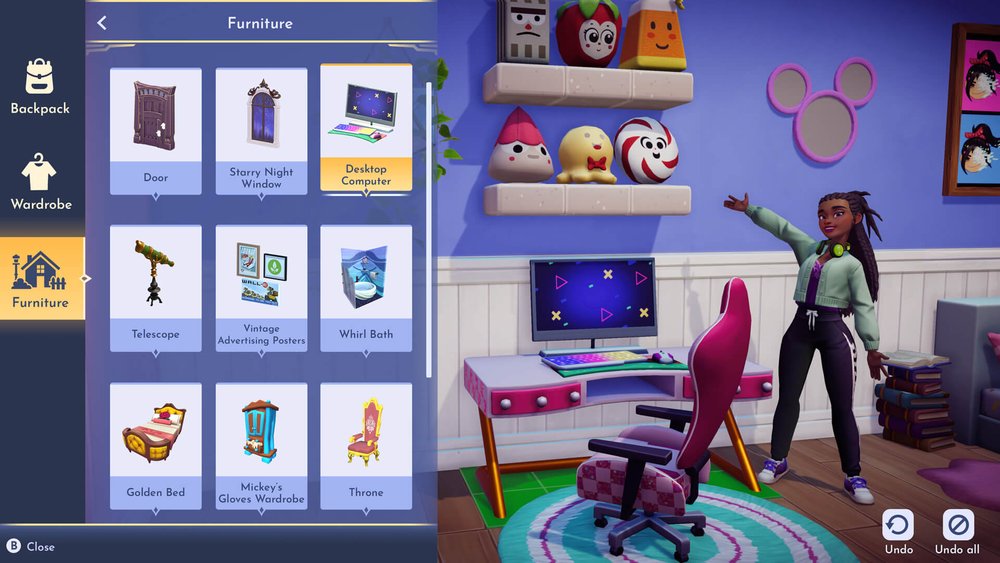 So I find this the perfect storage solution - just stuff my things in sub menus!

It’s a game that’s already been dubbed Disney’s Animal Crossing, and although it shares elements with that game, it’s far bigger than that. Just the playing area alone feels like it’s 20 times bigger than the claustrophobic island Tom Nook has set you up on.

A more direct comparison would be with games in the similar vein to the Story of Seasons franchise; it’s a game that will see you growing crops, mining for gems, fishing for, erm, fish, cooking up a storm etc. Pretty much all the chores you would expect from a life sim game such as this. The twist is, it’s Disney, and it makes a surprising difference.

One of the many jobs you have to do is develop friendships, which is far from being a original mechanic. But there’s something warm and gooey inside when the characters you have to talk to are the likes of Mickey and Goofy. Not only do these childhood characters come to life, you get to interact with them, hang out with them, and hopefully become firm friends.

Yes you get given a pokey house to start with, and then you have to set out on getting the necessarily tools that you will need to progress through the game. Again, all tried and tested stuff. But there’s no denying there’s something special about a Disney version of this style of game; believe us, the grind is still there, and the mundane, repetitive quests, as well as the constant battle to upgrade abilities and new areas, which cost in game currency, of which there are few types, including traditional gold coins, that you can earn from growing crops, selling fish, dishes that you’ve made, etc.

But there’s that twist that finds you on quests that send you to specific locales, where you will find certain characters, with whom you have to help out with the hope of getting them to return to the valley with you, to help out. So you go visit Wall-E, for example, help him with his quests within his world, then he returns the favour by coming back with you, and then becoming a member of your community.

And that’s the game.

So obviously the main alarm bell is the fact that it’s free-to-play; now as we’re all fully aware of, that means the dreaded micro-transactions. Want these Mickey Mouse ears? There yours as part of a set for only £4.99. And that cute Donald Duck tail? A dreamy £2.99. And so it goes on. The thing is the game doesn’t throw them constantly down your throat, impeding your progress. In fact, they were nowhere to be found during the time we played, and we had to go physically searching them out, like one of the game’s side quests.

Perhaps it’s due to the fact that this release is deemed ‘early access’, with an official release coming next year, but there’s nothing here that makes it feel that ‘early’ to us. The version we played is available on Game Pass, and we ranked up over 20 hours of play with no sign of any glitches; actually, there is one, where we got an oven and hood for our pad, and even though we put it in the right place, we couldn’t cook like we normally do. It’s hardly a game breaker, but perhaps we’ve just been lucky so far.

The only other issue is that there currently is no multiplayer, with no ability to visit other players’ worlds, to see what they’ve done to them. This may well come down the line however, and possibly even merit the ‘early access’ tag.

That said, it feels highly polished, and although it’s not exactly stunning visually, developer and publisher Gameloft know a thing or two about these type of games – well every kind of game, actually – and know just how to suck you in and never let you go.

But you know what? That’s OK with us. Dreamlight Valley is not only an excellent example of the sim life game, it raises the bar with the Disney theme that simply, and somewhat annoyingly, makes it a joy to play. And all without making one micro-transaction.

There is already new content announced for later on, with Buzz Lightyear and Woody making their way to the game, so perhaps that will be paid content, but that’s no stranger than most other DLC.

It does feel like we’re missing something, because it almost feels too good to be true, for what there is here, which is undoubtedly impressive.

If you like your life sims, with all the mining, fishing and agriculture that comes with it, then Dreamlight Valley may well be the perfect place to settle into next, where you’ll have some of the most loveable neighbours ever.