According to the BBC Sound of 2010 poll, Ellie Goulding, who topped said poll, is the artist to listen out for this year. If thats the case, and Goulding is the best of the bunch, 2010 could be quite an unmemorable year for new music. 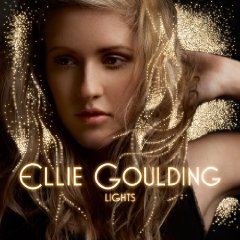 Unlike the many voices of other newcomer Marina and the Diamonds, Gouldings voice is a one trick pony. Its not bad, but it just doesnt do much. It needs a lot of window dressing in the production, making it sound prettier than it really is.

All the electro backing she has cant hide the fact that the heart of her sound is borderline folk. Its a light, fluffy sound that is very rarely more than pleasant.

The single Starry-Eyed is tantamount to a disco track with a guest vocalist. Except in this case, the guest vocalist has got an entire album out of it. Its catchy for sure, but to be fair, so are a lot of those annoying jingles off of TV ads. Just because they find their way into your head, doesnt mean they belong there.

This Love (Will be Your Downfall) has the kind of chorus that would be right at home on Heart FM. It also sounds a little bit like Scritti Politti. In fact, her voice is a mix of Scritti Polittis Green crossed with Shakira, if you can imagine such a thing.

Theres more electro trickery on Under the Sheets, with Gouldings voice been filtered through several PCs for that authentic sound. Still, one of the strongest tracks on the album.

Her folksy side comes out with The Writer, which could easily be the background music for an advert to promote the joys of visiting somewhere like Ireland.

Wish I Stayed is severely over-produced, putting up a wall of noise that Gouldings voice is constantly competing with.

Oh the irony. Your Biggest Mistake actually turns out to be Gouldings, as it mimics all thats wrong with euro dance music. If theyre looking for a dud track to represent the UK in the Eurovision Song Contest, by god theyve got it right here.

And we could only go as far as the lyric a sky of diamonds just for us on the track Ill Hold My Breath, before having to turn it off. It was just too much, particularly as it was heard only a minute or so in.

If those who invented the genre Folktronica are looking for a poster girl, then theyve got one in Goulding. A certain demographic  female, teen, whose favourite show is Skins  will embrace everything that Goulding has to offer. But one day, theyll realise what a shallow offering it really is. The electro backing tries to inject Goulding and her songs with much-needed personality, but ultimately fail.

If you want a female vocalist who can touch you with her voice, there are plenty to choose from, just not from here. Roll on 2011...