by Marina & The Diamonds

With the likes of La Roux, The Ting Tings, Flo and her Machine etc, female talent from the UK are certainly enjoying a musical renaissance. Added to that list is Welsh singer Marina, along with her shiny bits and pieces. One things for sure, which may disappoint one or two of you, she is not the new Bonnie Tyler. 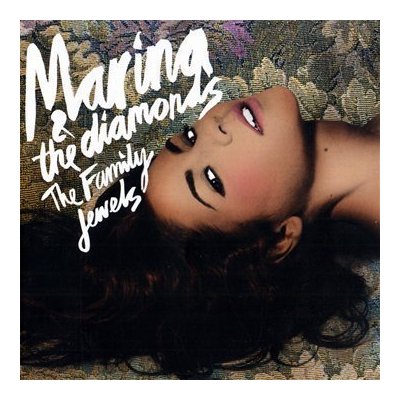 Despite Marina having diamonds she doesnt really allow them to shine, as there is clearly only room for one diva here. Marina you see, clearly loves the sound of her own voice. If it could be compared to any instrument, it would have to be the most annoying instrument in the world. Dont get us wrong, she can certainly sing, but every track sees her having vocal multiple personalities. Its as if she were channelling the musical spirits of Kate Bush, Hazel O Connor and Tori Amos (if they were dead of course, although their careers certainly seem to be) through her lungs.

She sets her stool out from the off with the opening track Are You Satisfied?. Her voice fills every piece of the song, almost toying with her vocal scales. At one point she sings I am a control freak, driven by a greed to succeed, nobody can stop me, and theres probably no point in arguing with that.

With I Am Not a Robot she declares that she isnt a robot, over and over and over. And over again. If she were one, at least we could rip her head off like they did with C3-PO. Despite the repetition, its one of the catchiest of ditties here.

Hollywood is the archetypal Marina song. If you love it, then theres a pretty good chance youll love the whole album. And obviously the opposite can be said for those who would rather have an elephants saggy testicles on their ears - rather like a set of organic noise-reducing headphones  than listen to young Marina sing.

The possible highlight of the album is the track The Outsider, that tears along at a fair old pace, with a nice backing track that isnt drowned by Marinas often overwhelming vocals.

Still, despite being a bit of a show-off  it would be no surprise to learn that she attended drama school during some point of her formative years  Marinas debut shows that she has a natural ability. Right now its a bolshy style of pop; if she could reign in some of the vocal theatrics in future, theres a chance she could develop into a considerable talent.