History is the biggest spoiler alert. You get sucked into a film with a really good story only to find that it actually happened in real life and the ending is already out there. Jesus dies, but wait, he comes back again! World War II? The Germans lost. JFK dies, but doesn’t come back again. You get the picture.

Still, despite knowing a story, sometimes it’s the way it’s told that can be just as enthralling. Or, in this case, sadly, the exact opposite. 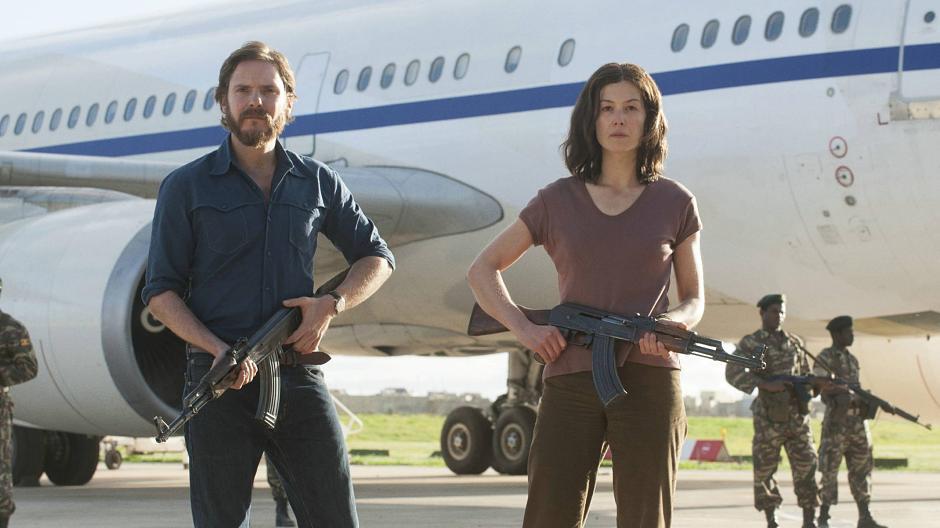 June, 1976 and Air France flight 139 is making its way from Tel Aviv to Paris. During a stop-over in Athens, a group of terrorists hijack the plane, on political grounds; they want Palestinian prisoners in Israel released.

Terrorists Wilfried Böse (Daniel Brühl), Brigitte Kulmann (Rosamund Pike) and their comrades, who see themselves as freedom fighters, force the plane and its crew to fly to Entebbe, Uganda, where they are greeted by the country’s mad dictator Idi Amin (Nonso Anozie), who allows them to stay in an old terminal at the airport.

The president of Israel is keen for a peaceful resolution, but Shimon Peres (Eddie Marsen), the Defence Minister, is keen to enforce the country’s no negotiations with terrorists policy, and pursues a more aggressive plan to bring this incident to an end. 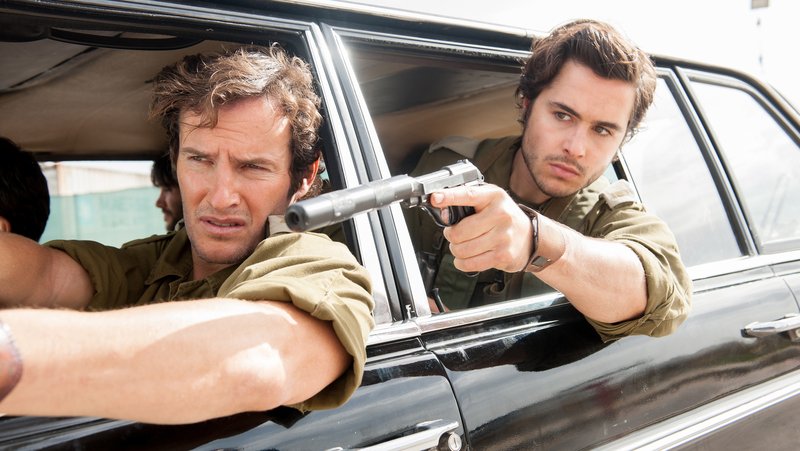 This will teach them to not bring a bag for their dog's mess with them.

Quite amazingly, Padilha manages to suck all the drama out of a truly tense scenario, leaving nothing but a dull husk. The performances are flat – particularly from Pike who has a permanent crazed expression on her face that’s alarming to witness – and the story told at a sluggish pace.

The pièce de résistance however, is the film’s finale, where the director juxtaposes a dance performance with the raid itself. Not only does it not work, it feels wholly inappropriate and distasteful. Clearly he wanted to make Entebbe: the Musical!, and although talked out of it, wisely, this ending was the compromise. However, additional dance sequences feature as a DVD extra (we kid you not), for all you dance fans.

When history is re-told this poorly, it’s best to leave it to the history books for clarity. Or indeed the other, far superior retellings of this historical event, committed to film.

And as far as this story is concerned, it really shouldn’t have been made a song and dance over.