In recent years it appears that video games have struggled in telling great stories. In fact, it's probably fair to say that most developers confuse plot with story. Plot is a device for getting a character from A to B; story gets your character there in style. Unfortunately for the world of gaming, plot has shoved story in the boot of a car, gagged and bound, and been driving around aimlessly for a while.

This year however has seen a revival in storytelling in gaming. At the start of the year there was the sublime and beautiful Bioshock 2. Then we had the awesome Red Dead Redemption. And now were fortunate enough to return to Albion for a third time.

Its 50 years on since the events of Fable II occurred and Albion is now gripped by the power of industry. The current king is Logan and hes certainly unlikely to win any popularity awards any time soon. You play his younger sibling, who is oblivious to the current political climate. That is until your brother Logan puts you in a delicate situation, where youre left to make a difficult decision. This is just the first of many you have to make as you start your journey.

Its not long after that you realise that Logan needs to be dethroned for the safety and well being of all the people of Albion, but you clearly cant do it alone. With the help of veteran soldier Walter Beck, you begin to visit allies throughout the land with the intent of gaining their valuable support. And so the seeds of a revolution are quickly sewn. 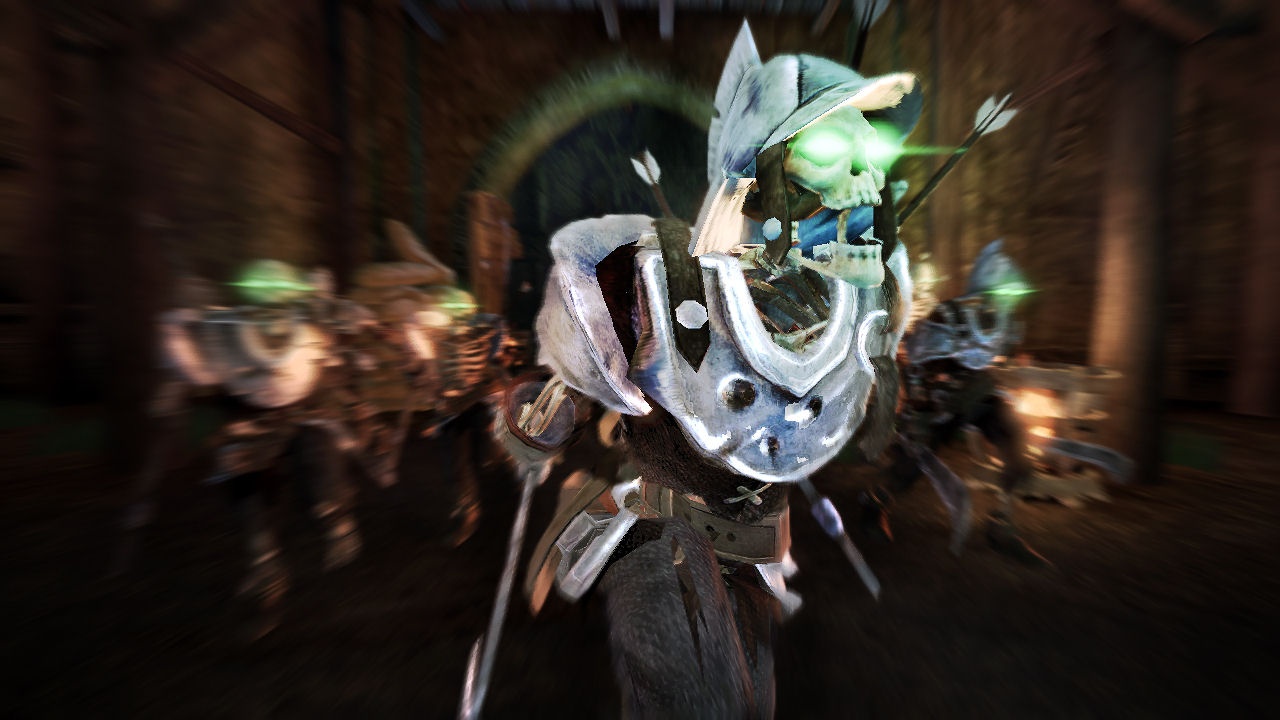 In season 10 of Britain's Next Top Model the girls take dieting to a whole new level.

For anyone who has played a Fable title in the past, there will be an instant cosy feeling of familiarity here; its almost a sensation of coming home. But dont worry if youve never dabbled in the world of Albion before as previous visits arent essential.

The series has always benefitted from an impression of scale and this third iteration is no different. Just as you get accustomed to the size of one particular township, a quest will then send you out into the wilds to discover even bigger environs.

But its not just the scale that impresses. Theres a not only a real feeling of community whilst playing, but of actually belonging to it too. As you walk the streets youre encouraged to interact with the locals. Its all basic stuff  shaking hands, dancing, kissing etc  but it really feels like youre building relationships. Much of this is down to mechanics similar to those found in The Sims. Even in the way you can get characters pregnant and raise children with them. Theres a lot of micro-managing but not enough to make you sick of it.

To balance out the touchy feely stuff you get to kill a lot of foes. You can use all manner of weapons as well as magic. All of which can be upgraded buy opening up chests; this can be done using the currency you gain for completing quests. Many of them find you travelling through wooded areas where all kinds of enemies lurk in wait. So if youre feeling a little tense about your new wife finding out about your old wife, you can relax by chopping down some baddies.

You also get to travel around with your own dog. Hes useful for searching out treasure, and doesnt mind getting his paws dirty with mucking in with the fighting. He also never gets in the way, so you can go about your business and let him get on with it. And during quiet times you can have him lick your face and play fetch. What more could you ask from a pet?

Whats difficult to avoid here is the story. Its far from ground-breaking and yet time and again it makes you care about not only the people around you, but ultimately what happens to Albion too. This is reinforced by some real characters around you, who are voiced by some of Blightys best; Stephen Fry, Simon Pegg, Zoe Wanamaker, Bernard Hill, Ben Kinglsey, Michael Fassbender, John Cleese and Jason Manford to name but a few. And you can understand why so much talent was attracted to the project, because the writing is so damn good. Its full of that dry wit that we Brits love so much and just fits in so perfectly to the timeframe of the game.

Its also visually a treat. An obvious amount of effort has gone into creating its look, where it never gets tiring just exploring each town or area on foot, popping into the shops or going down your local for a beer. So much so that you can easily get distracted from your main story quest, which is part of its charm. Its all well and good games like GTA creating cities with startling accuracy, but after a while it all gets a little too samey and dull. And besides, as youll soon discover, the best whore houses are definitely in Albion.

The only downside to speak of really is the length of the main story. If you do the minimum amount of side quests, the story feels like its over in a blink of an eye. But then youre kind of missing the point of the game. Even when the main story is over, there is still plenty to do around Albion. Hunting down all the bad-tempered garden gnomes alone will take some time to finish. But the beauty of the game is that youll want to do it, feel compelled to do so even, because there will always be something about Albion to bring you back. And you wont return because you have to but because you really want to.

Although Fable III is essentially a solo experience, you can join your friends in a co-op mode and help each other out on your quests. You can even marry each other if youre into that sort of thing. Its multiplayer mode is by no means a huge draw, but it acts as nice icing on a very delicious cake.

Theres something deliriously unique about Fable III; it manages to pull off virtually every element of its game play with aplomb. In fact were hoping to see Albion feature in an episode of Location, Location, Location with Kirsty and Phil showing couples around its many sites and sounds; because once youve spent a little time there yourself, youll realise that theres no other place that youd rather be.