With the ‘20’ in the title, it feels that this year’s FIFA should be weightier than usual. It’s not, sadly. It doesn’t even make a fuss about it being a big competition year, with the European championships kicking off in June of next year; let’s hope that the there’s at least some DLC, and not a separate title.

This latest entry also doesn’t feature the on and off the pitch adventures of Alex Hunter, with his ‘journey’ – the game’s successful attempt at story mode, drawing to an end. So sadly we don’t get to see Hunter butting heads with Gary Lineker, as a pundit on Match of the Day, or his invariable spiral into gambling and other addictions away from the game; which is a shame as it would have made for some interesting FUT packs.

So, with it sounding like what’s left amounting to two kids kicking a ball around in a park, what does FIFA 20 actually have? 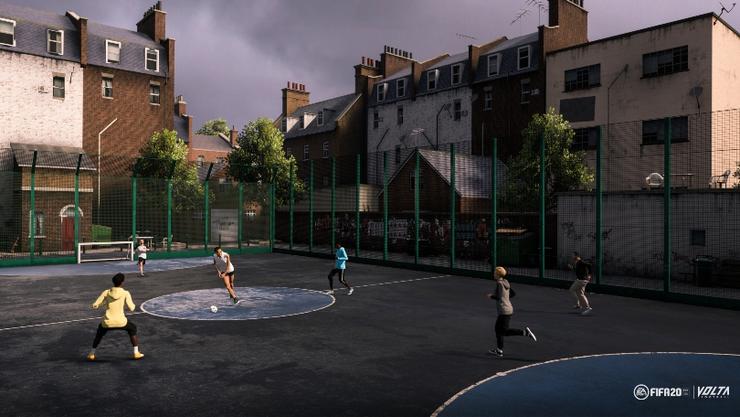 After getting the red card from FIFA, Alex Hunter found himself teaching delinquents in a secondary school.

Well, ‘The Journey’ aspect hasn’t been given the boot completely; it’s been recycled into Volta football. You start off as the new kid on the Volta block, looking to make a name for yourself on the street footie scene.

It transpires that the whole Volta experience is essentially a ‘re-boot’ of 2012’s FIFA Street, relying on ball skills in confined spaces, in teams of between three and five-a-side. And as the sales for that particular title prove – or, moreover, the lack of subsequent sequels – it’s an acquired taste.

For us, there is little excitement playing in a warehouse or car park, being all tricksy and shit. We would have rather have played an Alex Hunter mini-driving game, where, under the influence of too much alcohol, a bitter Hunter is driving his Bentley at high speeds along the North Circular Road. Anything but this. So much so that we don’t expect it to appear in FIFA 21. We hope not.

On the surface at least, it looks as if everything else is in place. But that’s not quite the case, as EA have made a number of tweaks here and there.

The biggest travesty as far as we’re concerned is the omission of a league mode in FIFA Ultimate Team (FUT). They have been replaced, in part, by the promotion of Squad Battles; it’s not terribly clear what it is exactly, as you play games – unfortunately against other fantasy teams, so never the real Real Madrid for instance - and build up points to clear all the stages from bronze through to gold. There are awards for doing so, but the mode lacks any real logical system. 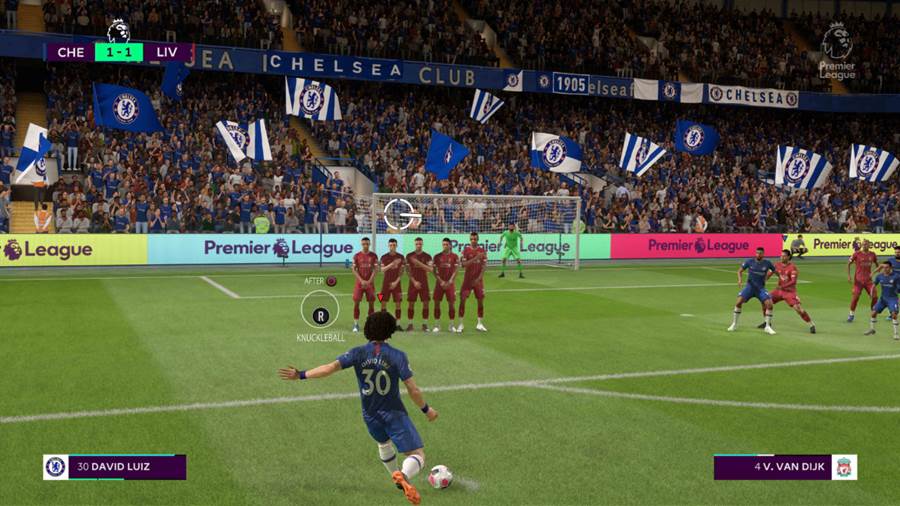 Apparently if I get the ball through the hoop, I win a massive cuddly toy.

The slight improvement to the FUT mode is in the Friendlies section. Here there are numerous new modes to play on your own, against up to three friends on the one console, friends online, and random online experiences in general. Some of the modes include the likes of King of the Hill, Mystery Ball and Survival mode; these are all very different and increase the arcade aesthetic of the game considerably. And, dare we say it, the fun quota too. This is yet a further example of EA attempting to bring something fresh to this annual footie roll-out.

And of course you can still buy and sell players on the transfer list; it’s made a little harder this time however, as there are no added points that can be picked up in the market section, that give you a points bonus for a number of extra games. This means, if you don’t have shed loads of real cash to purchase players and the like, you have to be slightly more savvy with your budget. And because of the exorbitant prices for players with an 84+ rating, it means that once again that the majority of the big-named superstars will never be a signing for your club. And if you’re like us, who occasionally find themselves up at 2AM searching through the lists in hopes of picking up a right old bargain, go to bed you saddo.

There has also been an online backlash to the game’s release, with many complaining that the game was broken, in particular, Career Mode. In fairness, we had played the game for some time prior to its release, and found no major breakages. That’s not to say that we didn’t have our own niggles.

The biggest issue we had, yet again, is that you can no longer control your goalie when it comes to goal kicks. He just stands statically, releasing the ball in a certain direction. There was a time when he could move about, like a real goalie, but now you get more animation from a Subbuteo goalie.

Then there’s the soundtrack, which doesn’t appear to be as well supported as it has in previous years.

We also don’t appreciate the fact that we can’t set how long the game lasts – particularly in FUT mode. With a minimum of six minutes a side, it makes dipping in for a quick game almost impossible.

It’s also odd how they haven’t included VAR decisions. Admittedly, the game’s engine itself has been the original VAR for many years, but it would have been good to see its inclusion in certain competitions and leagues, like the Premiership.

That said, there is an incredibly lot here. One of the problems however, is that many elements feel disparate and disconnected from one another. Each section feels isolated from the next, which has a somewhat soulless sensation. What the franchise could do with is a merger between FUT and Career, where you as a manager, buy and sell from the transfer market, with league and various European competitions your oyster. It certainly beats knocking a ball about in a car park.

Regardless of what you think of the game, EA have to be commended for at least tinkering with the formula. It is always evolving, for better or worse depending on who you’re talking to (and Volta is definitely worse), but if they didn’t, you would be essentially buying the same game year after year.

FIFA 20 is by no means a vintage year for the franchise, but all in all, it feels like it’s going in the right direction. Next year will be the best version ever, mark our words. If not, definitely 22. Or perhaps 23...

If you’re looking for the complete package, with all the major teams, players, leagues and competitions, with a variety of different ways to play it, then as far as FIFA 20 is concerned, it’s still very much in the game.