For the majority of time in film, a fear is built from something coming towards us; it could be from the very depths of space, or maybe a foreign country stepping on our toes, but sometimes what we fear the most could be right on doorstep – quite literally.

As the old saying goes, there’s nothing stranger than folk, and the strangest of all can be found in close proximity, as close as next door. The fake smiles; the barbed hellos hiding what they really want to say; the putrid Christmas card, featuring their families in matching festive wear. All red flag behaviour that really should have you concerned.

This US comedy, from it has to be said, the warped creative minds of Jocelyn DeBoer and Dawn Luebbe , explores US suburbia, and reveals the most curious of communities within it. 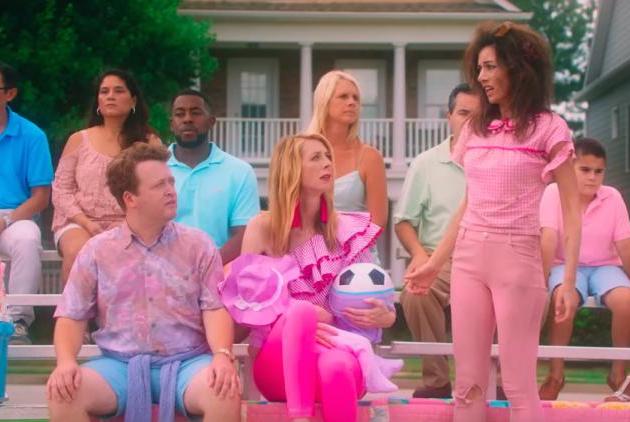 I thought I did a good job doing my own hair, no?!

Living in what at first appears to be idyllic suburbia are Jill (Jocelyn DeBoer) and Lisa (Dawn Luebbe). They are very good friends who look out for each other as best they can. However, this need to please can go a tad too far when Jill feels so bad for Lisa that she decides to give her a member of her own family to cheer her up.

In this affluent, seemingly perfect world, this isn’t even the most shocking thing to go on, because behind those fabulous designer curtains, live families whose normal is anything but. 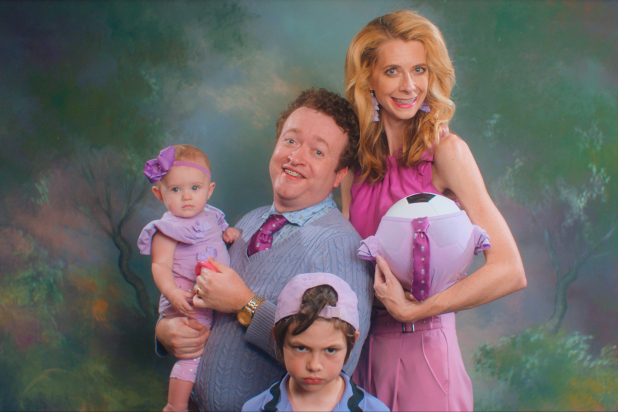 Malcolm find solace knowing that one day they'd all be dead, and what little they had would at least be his.

If you’re not an alumni of Saturday night Live, and your name isn’t Melissa McCarthy or Tina Fey, then you’ve got your work cut out for you if you’re a comedic actress.

Undeterred, friends DeBoer and Luebbe, decided to star in a film, which they also wrote, and directed together. The result is this intensely warped and surreal effort.

It’s an expansion of a seed of an idea they had for their 2015 short they wrote and starred in with the same name, which certainly benefits from the larger canvas.

The world they have created is both colourful and horrific, garish and shocking, containing a community so outrageous and oddball, their town could easily be twinned with that of Springfield or Quahog.

Jill and Lisa are frightening in almost every sense of the word, from the freakish way they look, including matching braces, to their interaction with not only one another, but with their family and friends too.

It’s a deliciously disturbing slice of surreal suburbia, that has the warped charm of Desperate Housewives via Monty Python.

Considering it’s the pair’s first feature together, they do an incredible job delivering their vision, that manages to be entertaining on almost every front.

It’s also highly refreshing how it completely ignores the safe realms of the mainstream, by offering a view into a world that is so whacky, it could inflict a certain amount of prickly discomfort for some, which is no bad thing in this increasingly sanitised world that we now live in.

It’s dark, satirical and viciously funny, with DeBoer and Luebbe proving that when it comes to sharp satire, they can certainly cut it.


***For more on the creative force behind this film, Jocelyn DeBoer and Dawn Luebbe, read our interview with the pair.***