For decades now the action hero genre has been dominated by the male of the species, making global stars out of the likes of Schwarzenegger, Stallone and Willis. The women featured in these films have been mostly set dressing, there to be rescued by their beefy hero.

Possibly the closest there has been to having a female equivalent is with the introduction of Ripley, played by Sigourney Weaver, in the 1979 sci-fi classic Alien. It is a character who would appear in a further three features in the franchise, and in doing so, making Ripley a bone fide screen icon.

But after the commercial success of Ripley kicking alien ass over and over, studios are still reticent to allow strong female characters play the action hero.

One genre that appears to be the exception to the rule is that of the assassin. If women are to be seen on screen killing, then they have to be trained – by men, obviously – in the art of killing from an early age, giving it plenty of time to sink in.

Hot on the heels of the recently released female assassin flick Kate is Gunpowder Milkshake, starring Karen Gillan as an assassin, trained at an early age. 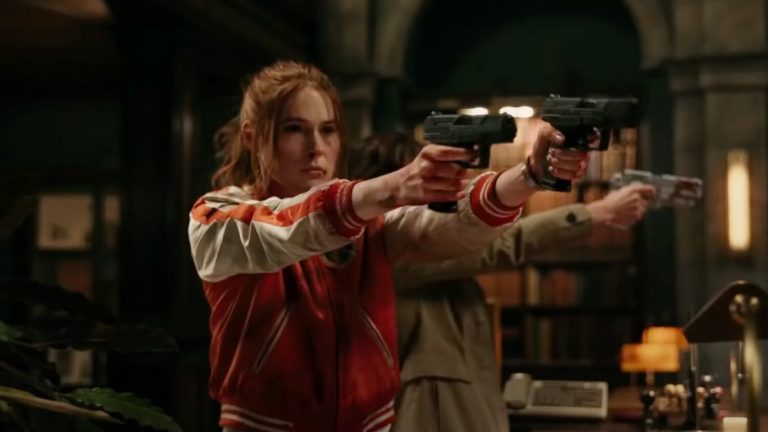 She couldn't help but wonder what the Doctor would think of an ex-assistant resorting to robbing banks.

Scarlet (Lena Heady) had the kind of job that made it difficult to be a full-time mum; she was an assassin, which as everyone knows, means a lot of time away from home, awkward working hours etc. She worked for a group of shady men called the Firm, and when one of the jobs she was given went bad, which didn’t go down well with her bosses, she had to scarper pretty sharpish. This meant leaving her nine year old daughter Sam for a bit. Quite a bit actually, all of her formative years and then some.

Years later and Sam (Karen Gillan) has followed in her mother’s blood-soaked footsteps and has not only become an assassin, but also works for the Firm. After botching up her last job somewhat, she’s been given a simple enough job; one of the Firm’s accountants has stolen a considerable amount of cash from them, and they want her to get it back.

Unfortunately things don’t quite go to plan, and Sam soon finds herself the custodian of an eight (and two thirds) year old girl Emily (Chloe Coleman). Not only that but she also finds herself the target of a large number thugs, including those now sent by the Firm, who have now lost all faith in her, all with the intent of finishing her off.

With the whole scenario looking a little on the grim side for them both, a sign of hope comes from an unexpected source, that just might see Sam and Ellie survive, for a little bit longer at least. 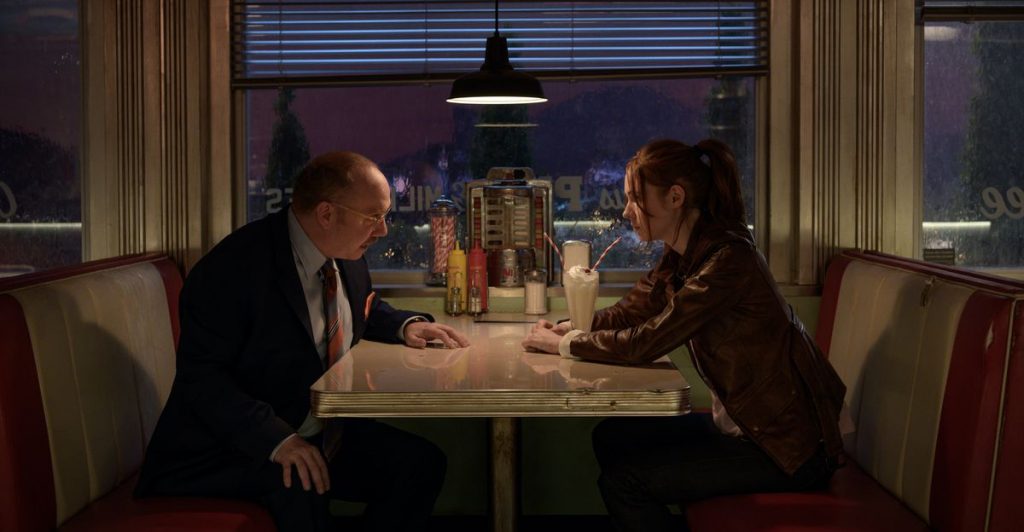 I just came in for a Royale with cheese, I don't want to dance!

What we have here is a hugely unbalanced affair; Israeli director Navot Papushado is all pseudo style and no substance. It’s a John Wick-lite, that’s just as shallow on the character development and plot.

Its problems, of which there are many, start with a protagonist who just isn’t engaging. Of course the assassin isn’t supposed to have much in the way of character traits, and again none at all as far as John Wick is concerned, but Gillan’s Sam is disappointingly two dimensional. Clearly Papushado was fully aware of this at the script stage, which is why there’s the inclusion of not only a mother figure, but also the protection of a young child. This sense of family, however thinly-stretched it may be, is supposed to give the film a beating heart, but it feels more mechanic than organic.

And then you have the myriad of action sequences that are all rather lifeless and generic, with nothing we haven’t seen before that’s been done better. It’s all too clinically choreographed, following a well-used and worn template of standard set pieces.

It does look pretty though, with a lot of effort gone into the sets, and how they’re dressed, and shot sublimely by the cinematographer. But after a while, the slo-mo shots do get a little tiresome, and the constant neon lights make you ache for some natural light.

One small thing that does amuse however, is part of an offering being advertised in the often used diner set, which features the availability of a Fight Club sandwich that appears on the lit-up, overhead menu behind the bar; ironically it’s likely to have more kick than the film itself.

Papushado certainly shows ambition here, but also shows poor execution, especially where actors are concerned, making it instantly forgettable fast food fare with nothing on the menu worthy of recommendation.