If we took a holiday, took some time to celebrate,
just one day out of life, it would be so nice.

It’s a wonderful sentiment, but clearly not the one that director Isabella Eklöf had in mind for her film, as the title is about the only thing it shares with Madonna’s 1983 sunny hit. For Eklöf’s dark debut isn’t likely to find you scrawling on a postcard “wish you were here” any time soon. 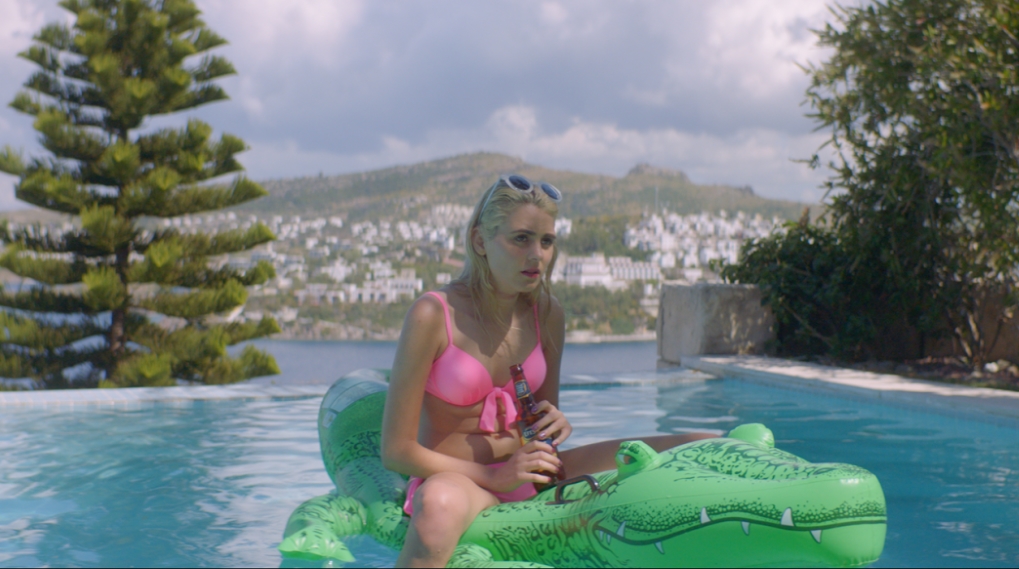 I get this reduces my carbon footprint, but it's gonna take so long!!!

Just arriving in the Turkish coastal resort of Bodrum is Dane Sascha (Victoria Carmen Sonne). She’s to join her boyfriend Michael (Lai Yde) and his colleagues on holiday in a lovely villa. It sounds idyllic, and should be, but Michael’s nefarious work has a tendency to get in the way; he’s a drug dealer, and one with a bit of a temper on him at that.

As a way of offsetting his mood swings, Sascha begins an innocent friendship with Dutch tourist Thomas (Thijs Römer). But when Michael learns of where she’s been slinking off to, and more crucially with whom, it doesn’t exactly put Michael in the holiday mood. 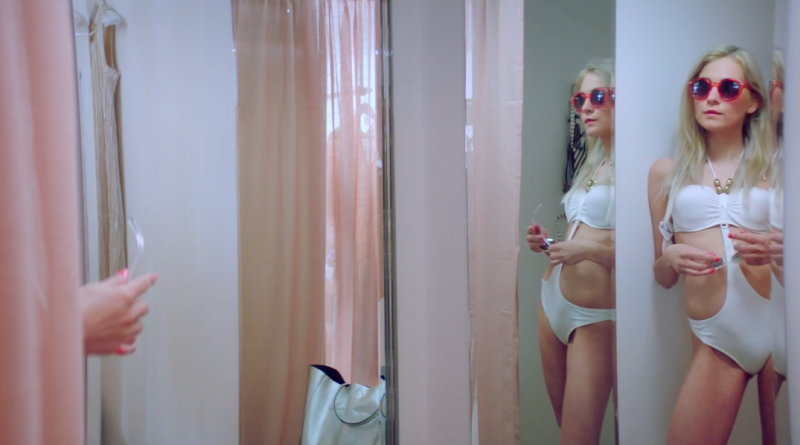 Hmmm I'm thinking this necklace is just too much...

After co-writing the sublime Border, Eklöf once again shares writing duties with her first time behind the camera. The result is a bleak, joyless look at a young woman in a destructive relationship.

It’s just as well that it’s set in a bright locale, as it’s the only bit of light that makes it to celluloid. It would be all too easy to label Sascha as a victim; to a certain extent it’s true enough, as she has very little power or say in this relationship. But at the same time, it’s difficult to sympathise with her plight; not only does she never complain about her treatment, she’s hardly handcuffed to Michael, or any of his underlings for that matter, and there’s nothing really stopping her from leaving – certainly not her cerebral state, at any rate.

And if her attitude to her relationship wasn’t difficult enough to watch, Eklöf includes a scene that manages to re-define the word ‘disturbing’, all on its own. It’s the kind of scene that dominates everything before and after it, and that will undoubtedly be the film’s key talking point for years to come, with the level of sexual brutality very rarely seen on screen.

It’s questionable if the film even really needs it, as there’s a strong argument that its gratuitous purly for the sake of it. Remove it, and the audience will still get a strong measure of the kind of man that Michael is. Certainly even from a voyeuristic point of view, no pleasure can come of it.

There’s no denying the film has a grotesque fascination however; as a protagonist, Sascha isn’t exactly easy to root for, but the choices she makes prove to be oddly compelling, if a little difficult to comprehend.

Eklöf’s brutal debut is far from being an easy watch, but is unquestionably intriguing. It examines the structure of a modern relationship, offering an example that is far from a bed of roses. If you’re looking for a bit of fun in the sun, this Holiday destination is most definitely not for you.