How to Train Your Dragon: the Hidden World

With the finale of a certain TV show, you may be left with a dragon-shaped hole in your life. Although the ones featured here may not be quite as destructive as Daenerys’ pets, there are certainly far more of them in this animated sequel.

This third entry in the franchise, once again helmed by director Dean DeBois, is all hearted up, as love is literally in the air.

Not everyone was yet convinced by self-flying dragons.

Life is beginning to get back to normal for the community of Berk; Hiccup (Jay Baruchel), Astrid (America Ferrera) and the rest of the gang, are just about competent enough to go on raids to successfully rescue captured dragons. So much so that Berk is turning into one big dragon sanctuary.

Although they continue to do good, their success is there undoing, as it’s placing a huge red mark on the map as to their location.

None are more aware of this fact than Hiccup. As the head of the clan, he feels responsible for both man and dragon kind. He feels that the only answer is to leave. He remembers his father telling him of a place far, far away, a land that doesn’t exist on any maps, but if they could find it, they’d all be safe.

It’s a good, solid plan, and very timely too, as dragon slayer Grimmel (F. Murray Abraham) is keen to discover their current location and do what he does best: wipe out all the dragons in the land.

Meanwhile, Hiccup’s dragon Toothless discovers that he’s not the only Fury dragon left flying, when they come across a female Light Fury. Let the dragon wooing begin. 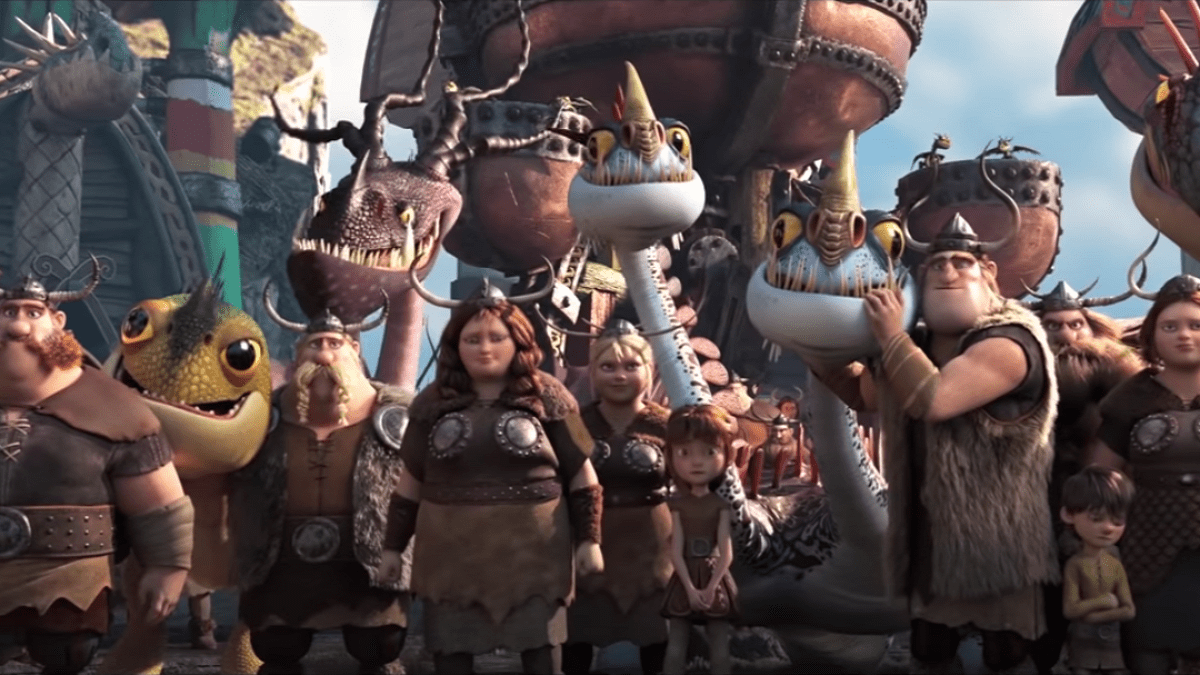 The Christmas family photo was never easy to organise.

With the original’s release in 2010, it brought with it a dragon’s breath of fresh air to the world of animation, which was becoming a tad stale due to the relentless number of franchises and their endless sequels.

But with the arrival of the third in the trilogy, it has been undone by its own success. This entry struggles with delivering anything by means of originality; the story is all too predictable, covering well-travelled ground - even by dragon – covered many a time before. There’s also far too much focus on the mating ritual of dragons, which soon becomes quite tedious.

And even though the familiar gang are back – including our very own Jon Snow in Kit Harington – the script is all too limp, offering very little in the way of belly laughs.

The one saving grace would be the animation; in certain scenes, particularly if you are watching in 4K, the sight of hundreds of airborne dragons is pretty spectacular. The colours are vivid, and just pop with real energy.

Overall however, it just feels like a dragon tale too far, flying on empty with very little in the way of fire in its belly.