It’s not unusual as part of a young child’s development, for them to conjure up an imaginary friend. Someone they can connect with, play with, and have the kind of relationship they just can’t have with someone real at that point in their life.

It’s something that shouldn’t necessarily be an issue, but what if your child’s imaginary friend was none other than Adolf Hitler? This is the premise for Kiwi director Taika Waititi’s latest film. 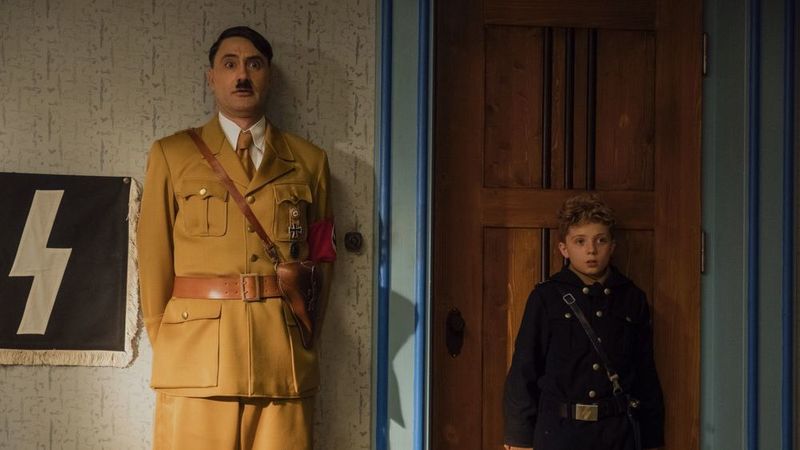 I'm sorry but that spider is way too big for me, you'll have to deal with it.

War time in Germany and ten-year-old JoJo (Roman Griffin Davis) is chomping at the bit to do his duty for his country. Much of this determination may come from his imaginary friend, who just so happens to be Hitler (Waititi).

Hitler is so keen for JoJo to take part, he encourages him onto a retreat, a summer camp for young Nazis if you will, where the object is to make better little Nazis.

JoJo is throwing himself into it, possibly a little too hard, causing him to have an accident that sends him home and dashes his chances of joining the Reich.

It’s whilst at home, recuperating from his injuries, under the care of his mother (Scarlett Johansson), that he discovers something really rather curious: a young girl, living in the walls of their home, who is most definitely not of Aryan descent.

The notion of finding a Jew hiding in the family home throws both JoJo and Hitler into utter turmoil, raising the main question of what exactly to do about it? 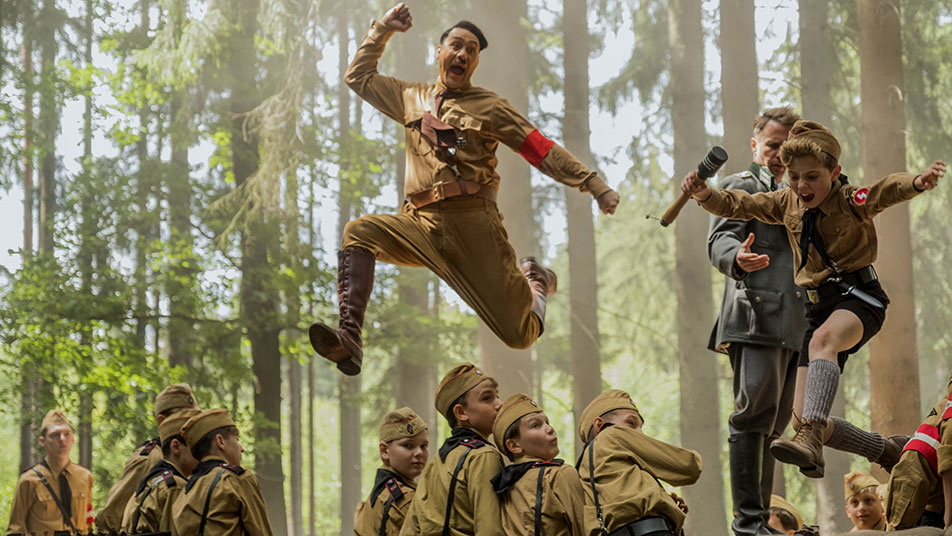 That R Kelly chap was onto something - I beleive I can fly!

After directing the rather excellent Thor: Ragnarok, it’s good to see that Waititi not only is happy to step back from the world of the blockbuster, but actually take a risk with a project, as a premise at least.

The truth is, Waititi has made a remarkably funny and tender film that is brimming with heart. Yes, it does feature a rather brilliant performance by his good self as a comical caricature of the leader of the Nazi party, but it is neither a film about Hitler or war.

The film is almost a reboot of the 1950’s classic Harvey, which saw James Stewart have a relationship with a six foot tall invisible rabbit that only he could see. Even this film’s title, intentionally or not, gives a nod to that remarkable film, exploring similar themes too, as it does.

But it’s not so much about the relationship between the two, but more about the impressionable mind of a child. JoJo finds himself taken in by a belief system, much like the rest of his country, only to later find himself challenging it, coming at it as he does from a fresh perspective.

Much of the film relies on the young shoulders of its star Davis; it is a performance that completely belies not only his young age, but also his experience – or more accurately, lack of it. Davis makes his acting debut here, and considering what a truly amazing job he does with it, there’s every chance that it can only go downhill from here.

He is ably supported though, by an impressive cast including Johansson, Thomasin McKenzie, Sam Rockwell, Rebel Wilson and Stephen Merchant. Somehow though, young Archie Yates, who plays JoJo’s real friend Yorki, manages to steal every scene that he’s in, which again is quite remarkable as it’s also his first feature too. And Waititi’s take on the fuehrer is pretty entertaining too.

Behind the camera, Waititi does sterling work directing this adorable curiosity. Although he’s developing his own style, it does feel as if he is often possessed by Wes Anderson, as the film takes on a familiar look and pace of his work, such as Moonrise Kingdom and The Grand Budapest Hotel.

Although you can imagine it being a difficult sell, as some of the best films made have been, Waititi has produced a warm and witty feature with thought and sensitivity, making it nothing short of spellbinding.