After the success of 2012's Silver Linings Playbook (well, for Jennifer Lawrence at least, who won the film's only Oscar and Golden Globe for her troubles), it makes perfect sense that director David O. Russell would get the band back together again for another gig.

So once again, Jen, Bob De Niro and Bradley Cooper, join O. Russell on yet another cinematic journey. And with Lawrence already picking up another Globe for her performance, it seems to be a case of more than just Joy by name for their latest collaboration. But is it really a joyous experience?

Although still very young, Joy (Lawrence) often looks back at a missed opportunity in her life, when she invented a new type of dog collar. Unfortunately not one of her family members took her or her idea seriously, as she finds herself now in a bit of a rut.

Times are hard for the mother of two; her mom (Virginia Madsen) stays in bed all day watching soaps, while her ex husband Tony (Édgar Ramírez) lives in her basement. She gets help form her aging grandma (Diane Ladd), which she desperately needs, especially when her father (De Niro) is unceremoniously 'returned' by his latest girlfriend to the family home. 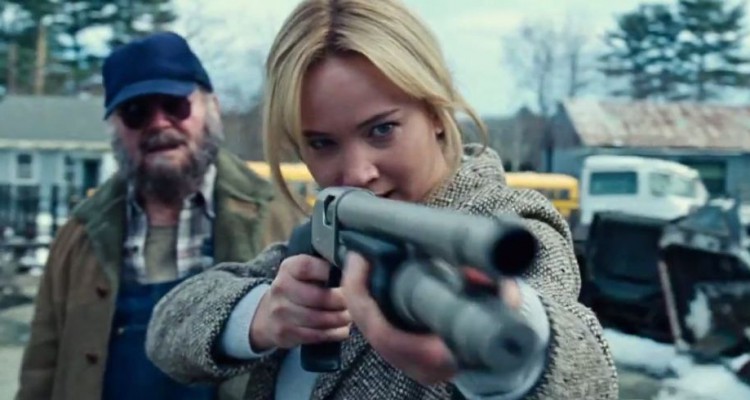 So, members of the foreign press reckon they can take me on, do they?

It's after cleaning up one of the many messes that surface in  home, that she has a great idea: what if there was a mop that wasn't only super-absorbent, but one you could also remove the head of and pop in the washing machine? Despite her initial idea being once again pooh-poohed by her nearest and dearest, she decides to persevere with this particular dream.

Pulling together as much cash as she can, she goes ahead with developing a prototype, believing that she's onto a winner, and that her new invention has was it takes to clean up and be a success, regardless of the obstacles ahead.

If ever there was a current It girl of cinema, it's Jennifer Lawrence. It's amazing to think that her breakthrough role in the sublime Winter's Bone was only six years ago. Since then she's managed to attain box office success as Katniss in the lucrative The Hunger Games franchise, as well as more character-driven fare like this. And after three films it's clear that O. Russell knows how to bring out the best in her. Unfortunately, for this project, the same can't be said the other way around.

O. Russell is fully aware this is a one-woman show, but unusually for him , it's at the expense of everything else. This semi-autobiographical story of one woman's fight to bring a new mop to market is tragically weak. In an attempt to perk it up, O. Russell borrows a page or two from the Wes Anderson book of characters, by injecting the majority of his players with an uneasy amount of quirkiness. The result is that Russell can't do Anderson.

It's understandable that he needed to something to lift this weak mix of (so-called) comedy, drama and biopic to make it far more interesting that it really is, but creating a 'crazy' family just doesn't work and its three genres just feel watered down. 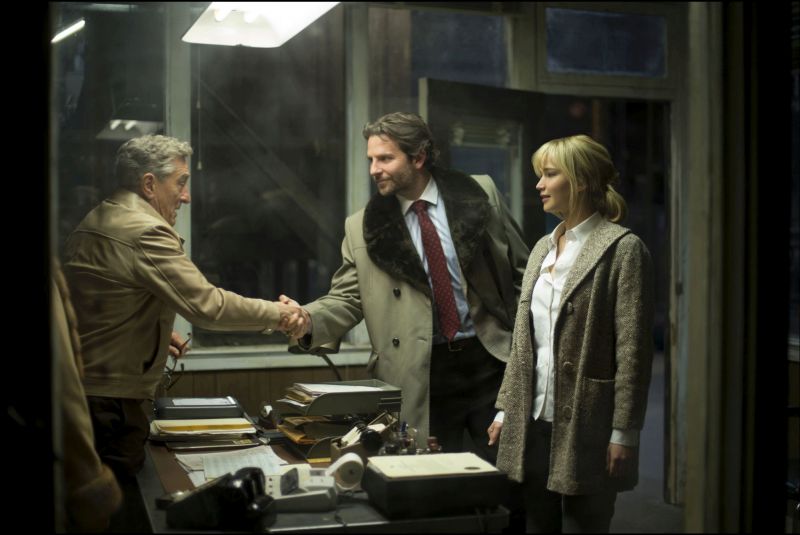 That's agreed then, none of us to work with Russell again. It's for the best.

What's left is akin to no more than a two hour infomercial. There are important stories that have been told of some really strong women that have contributed to society in pivotal ways, but is a woman who re-invents the mop really one of them?

There's no denying that Lawrence proves further that she is a credible leading lady; there's no one more talented or possibly deserving enough to one day take the coveted mantel of Best Actress Ever away from Meryl Streep. But it has to be said, this film is a huge disappointment and is equally dull and dreary, lacking O. Russell's usual sparkle.

Every decent director is allowed one stinker, and this one is definitely O. Russell's. Let's hope he cleans up his act pronto.