To paraphrase seventies hotties Baccara, yes sir, we can boogie, and weve got the dance mats to prove it. Not that they were needed for Just Dance 2 on the Wii.

The thing is, weve always felt that if you do more dancing with your arms than your legs, then youre probably not doing it right. Ideally you use both, you know, like John Travolta did when he was dancing to Staying Alive. And despite the well animated characters performing the dance routines in this game, its really only what you do with your right hand that matters.

Thats because thats all you need to play the game, and up to four players can play with a wiimote each. Now to the casual gamer, they probably dont fully realise the limitations of the wiimote. Theres no denying its a clever bit of kit, but its safe to say that theres no way it can record what your legs are doing while youre holding it. 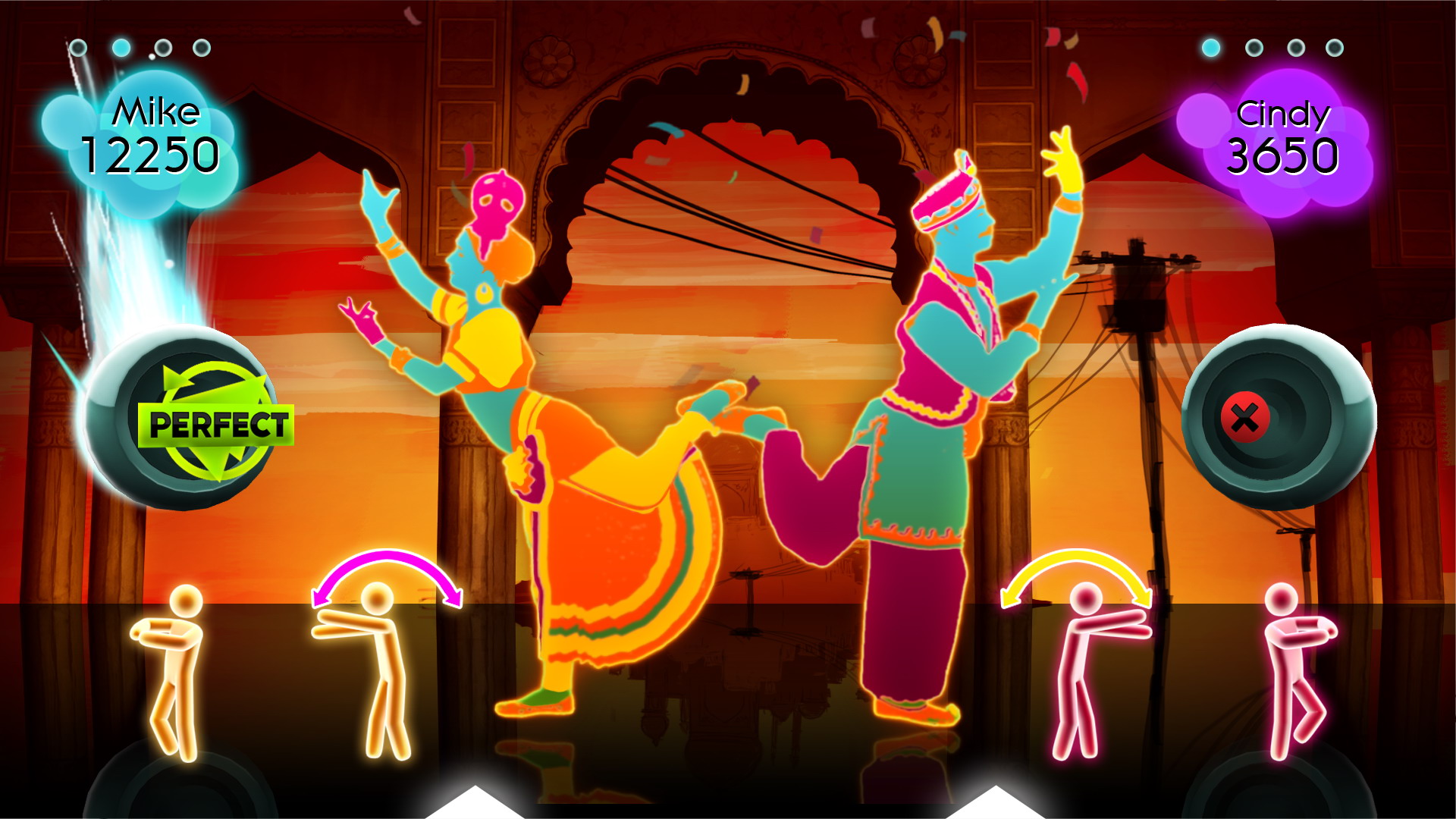 I'm hoping this game finishes in a timely fashion as I have to be back at Baltic Towers in half an hour.

To prove a point, we shook our booty to one particular track. We then sat down and played the same track just waving our arm in the air  the one holding the wiimote. We got a better score sitting down. Obviously this takes a huge amount of fun out of it, but it highlights the games fundamental flaw. It would be like playing Guitar Hero with an air guitar; youd look just as silly as if you were using the plastic peripheral, but really, what would be the point?

With the PS Eye and Move controllers here and Kinect just around the corner with Dance Central as a launch title, the days of waving a controller in the air in time to a tune must surely be numbered.

Perhaps it would have helped if the game was motion+ enabled, or even had the option to connect the nunchuk to your leg à la EAs Sports Active to get a more accurate reading of your movements.

There are a few new modes as well to keep things interesting, including duet, dance battle mode and just sweat.

Presentation is all peachy too; the colours and animation work well together and really complement the songs. Some of the routines do feel less like dancing and more like street performance; dancing to the classic Jungle Boogie in the style of a cavemen for example just felt wrong.

Still, if you only have a Wii and get off on the sight of your Nan making an arse of herself in front of the telly (dont forget, film it and you could make an extra £250 by sending it to Youve Been Framed. We would), then theres still some silly fun to be had here.