There was a time when Pixar could do no wrong; the likes of the Toy Story, Monsters Inc., The Incredibles, and Finding Nemo franchises, saw the studio hitting it out of the proverbial animation park, time and time again.

But their more recent releases, Inside Out, Onward and Soul have been unusually patchy affairs, that although ambitious, have lacked the spark of previous titles.

Perhaps Pixar themselves have realised this, because their latest Luca is a welcome return to form. 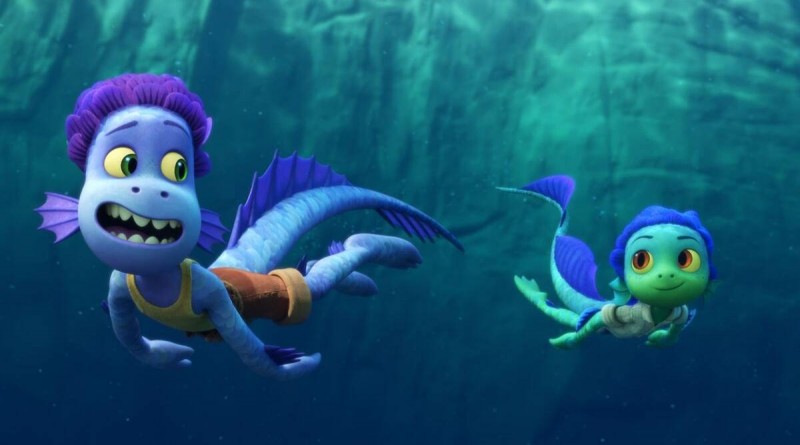 I'm Sorry but I just found The Little Mermaid so unrealistic!

Living just off the coast of Portorosso, a small Italian fishing village, is Luca (Jacob Tremblay). But he doesn’t just live just off the coast, but actually in the sea, as young Luca is a sea monster. He lives there with his mum (Maya Rudolph), dad (Jim Gaffigan) and grandma (Sandy Martin), where he spends his days herding goatfish.

As a teenager, Luca yearns for more excitement in his life, and out of the blue – literally – he gets it, when he encounters another teenage sea monster, Alberto (Jack Dylan Grazer). Luca is stunned however that when Alberto gets out of the sea, he takes on a human form, which he spends most of his time in, which is why he has never come across him before. Not only that, it transpires that Luca can do exactly the same, and soon finds himself on dry land for the first time, as a teenage boy.

Alberto teaches him the basics of how to behave in human form, and the time they spend together soon sees them become best friends. So much so that they have a dream of owning a Vespa, and exploring the world together.

But of course Vespas cost money, and neither of the boys have any. As luck would have it, Portorosso is soon to host its annual triathlon – that consists of swimming, eating pasta and cycling – where the main prize is cash, enough to buy a rundown Vespa. But could two sea monsters not only go undetected amongst the villagers, but have a shot of actually winning the race? 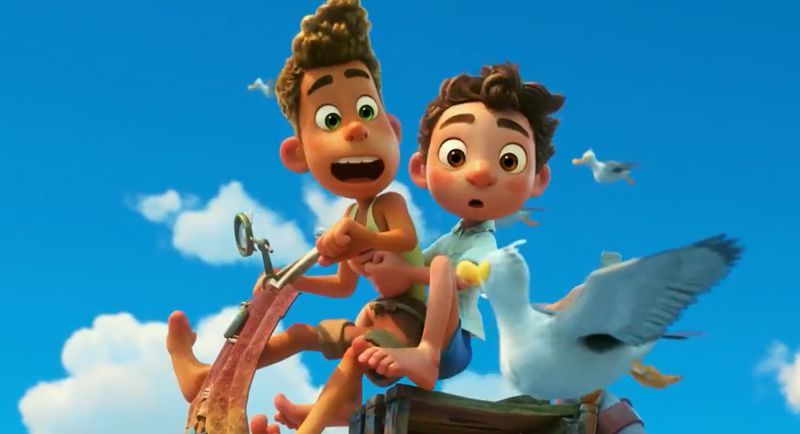 Hey bud, you wouldn't happen to know who won the 2.30 at Haydock would you?

There are two elements to Luca that sees it return to Pixar’s winning formula. The first is that it keeps the story simple; essentially it’s Pinocchio re-imagined, with Luca the sea monster wanting to be a normal human boy. The second element is the animation, which is outrageously stunning; from the incredible way the light catches the water, to the detailed textures of the walls of the village, it seems that the Pixar team have definitely gone all out as far as detail is concerned, and it is without doubt their best looking animated title to date.

Director Enrico Casarosa also does a swell job as far as the relationships are concerned, especially that between Luca and Alberto; it’s a friendship that truly flourishes on screen, and becomes more genuine as the film goes on.

Perhaps the only area where Casarosa drops the ball however, is in the casting. It’s disappointing that all the main leads are taken by US actors, who don’t hide the fact in their performance, delivering alarmingly un-Italian accents. The director then appears to overcompensate with the rest of the cast, many of whom are Italian, by getting them to sound stereotypically Italian, in an over the top fashion, which is worryingly borderline racist. At least he could have tried a little harder, even if it was simply hiring American Italian vocal talent, who would have been slightly less offensive, and possibly more authentic. Perhaps the best way to avoid this is to choose the Italian audio track if possible, with English subtitles, which would hopefully feel slightly less racist.

One other small criticism is its release date. It feels like an opportunity lost to release it at the start of summer; it is a film brimming with Mediterranean warmth, and would have been the perfect shot in the arm for when the days were drawing in and with autumn knocking on the door.

Luca may well feel a more traditional form of storytelling, but it never feels old fashioned. It is a simple tale told well, taking place in a vibrant, colourful world that has a jaw-dropping beauty to it. It is both a joy and relief to see Pixar back at its animated best – molto benne.