Since branching out into TV and film production with their streaming service Apple TV+, the tech behemoths have enjoyed a fair amount of success with TV shows such as The Morning Show, Pachinko, The Essex Serpent and of course Severance.

They’ve struggled on their original film content however, despite the success of the 2021, Oscar-winning CODA, with the likes of Cherry starring Tom Holland, and Greyhound and Finch, both starring Tom Hanks, not quite hitting the mark.

They hope to turn things around with this their second animation featuring one unlucky young woman. 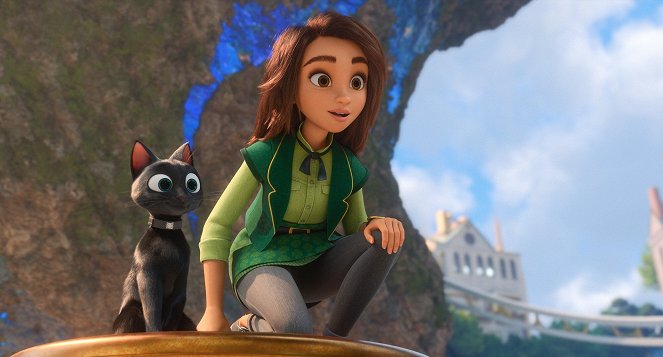 Having spent most of her young life at the Summerland Home for Girls, you would think that finally reaching her eighteenth birthday and therefore her freedom to live as she wants as an adult, would be a joyous day for Sam (Eva Noblezada), but not so; she’s concerned about one of the younger girls who she’s grown fond of, who is up for adoption in a couple of days.

Unfortunately she’s not allowed to hang around, and therefore is sent out into the big, wide world, where she gets a job working in a store. Although it’s a fresh start, her run of bad luck, that’s been following her all her life, continues. That is until a black cat crosses her path, which leads her to picking up a penny.

It’s not only her luck that changes, but her entire life too as she sets upon a wild adventure. 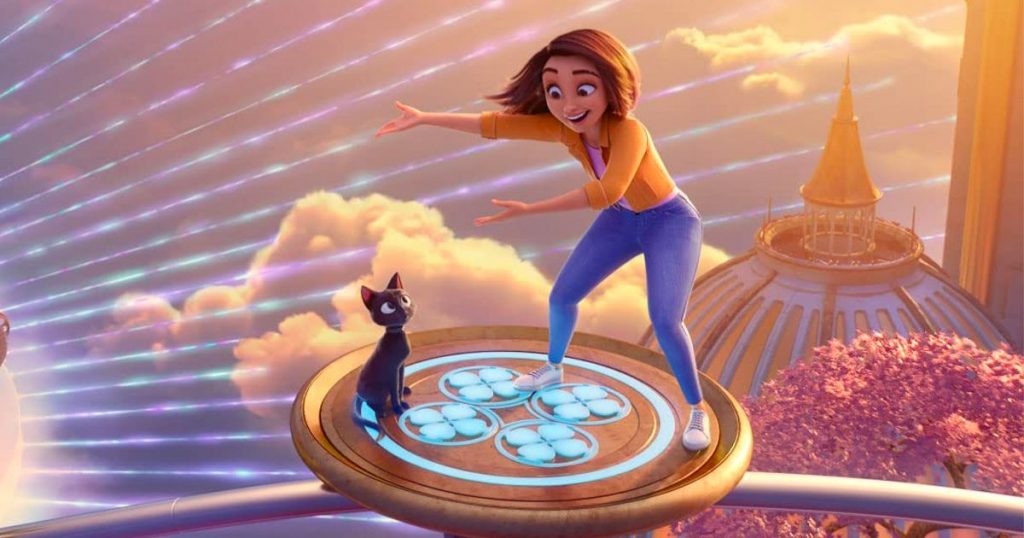 So it's Nintendo's follow up to the Ring Fit. Crazy huh?!

There was a lot of expectation on this feature, being the debut of Skydance Animation, particularly with the appointment of John Lasseter, formerly of Pixar, as Head of Animation; although still tainted with allegations of sexual misconduct, there’s no denying Lasseter’s golden touch when it comes to animation. But perhaps this is another questionable touch of his that may well leave you disappointed.

There’s no way of saying this nicely, Luck is a dreadful film.

Its major problem is its plot; it is quite possibly the most confusing and convoluted film in recent memory, which isn’t exactly practical for a film squarely aimed at children. It is all kinds of gobbledygook, which just doesn’t make sense. The black cat mentioned, Bob, voiced by Simon Pegg, can talk, with a highly dubious Scottish accent, but more of that later.

Sam then gets transported to the land of Good Luck, which of course is filled with a community of leprechauns, cats, rabbits, pigs, oh and a dragon, voiced by Jane Fonda. It’s a place where all the lucky pennies are made, naturally, and where good luck is made with the help of crystals, luck stones and of course a randomiser. Still following? And of course you can take a lift down to Bad Luck, where, yes, bad luck is made. Because you can’t have one without the other apparently, despite being utter nonsense.

There are so many unnecessary elements, all of which are completely over-written, so much so that never has an animated feature been so exhausting to follow.

There’s also a simple solution that would have saved everyone, and that’s if Sam simply waited three years to adopted the young girl herself. We’re sure she would receive plenty of glowing references, just so that none of us need to have been subjected to this utter dud.

And then there are the performances; the character of Sam is unbelievably generic, in both terms of physical appearance and voice. She is woefully bland, and is instantly forgettable. Unlike some of the accents.

The biggest offenders are those actors who clearly aren’t Irish, delivering what can be best described as borderline offensive. Their attempt at sounding authentic is about as Irish as Chow Mein. if ever there was a case for cultural appropriation, it can be heard here.

And then there’s Pegg’s Scottish accent; considering his Scotty from Star Trek was dubious at best, things have gone from bad to baddest here. If there’s any justice, who won’t ever be allowed back in Scotland again.

You would hope then that the animation would be its saving grace. But your hope would be severely misplaced. Although its overall look is above average, its locations are confusing, with many made up of moving platforms as if it wanted to be a video game.

With absolutely no redeeming features, the only thing left to say to Apples is this: better luck next time.