When it comes to Nintendo owned franchises, Miitopia isn’t one that exactly stands out. Mii’s – customisable avatars – made their first appearance in 2006 on the Nintendo Wii. They were a way for gamers to create characters for themselves, which could interact in certain titles, representing them.

They even had their own channel on the system, where they could hang out with other Mii’s that they had interacted in online games.

And although they are a way for gamers to get creative, they haven’t set the gaming world alight, and have never been seen to have any true value. And the thing is, that’s unlikely to change here, with this updated, remastered version of a 2016 3DS game, but that doesn’t mean that it should be necessarily overlooked. Far from it.

Essentially, Miitopia is the simplest of RPG games, so much so that it could be deemed the perfect starter game for those who have yet to venture into the RPG world. And although it could be said that it is the most basic example of the role playing genre, it could be argued that it’s also the purest. 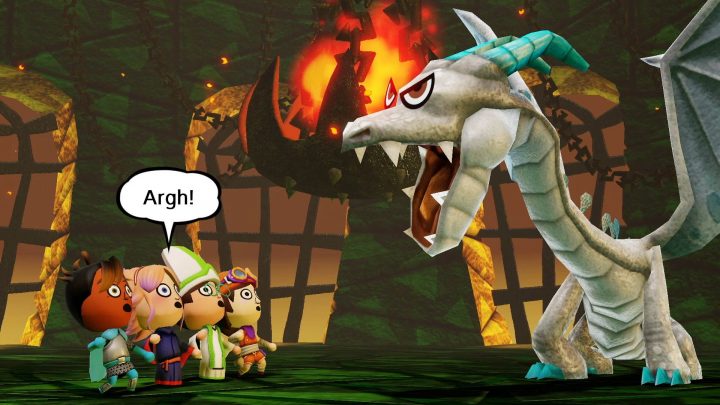 Honestly, I wasn't expecting those veneers to turn out so good!

The world of Miitopia is in danger; the Dark Lord has appeared and decided that he wants to create havoc, by stealing the faces of the population of Miitopia. It is down to you then, the brave traveller, to recruit a team to take on this evil, and return Miitopia back to normal. But it won’t be easy, as there are enemies lurking everywhere, keen on taking you and your team down, as you make your way through the world rescuing faces and saving the world.

Miitopia very much looks and feels like the world of a fairytale; the colours are vibrant and the characters have quirky personalities, as you navigate an environment brimming with curious creatures, fulfilling quests.

As an RPG, it does take on the traits of the genre, but there’s something quite joyful as it embraces it. Perhaps the fact that it strips back many of the mechanics, making it less of a chore. For instance, there is no need to grind, as there are no random encounters. This allows the characters around you to develop their personalities, making for some interesting relationships.

At the same time, this refreshing approach might also be seen to be its Achilles Heel by the more experienced RPG gamer. Take battles, where you have no say or control over the moves your team members make, only your own. Your overall involvement feels quite limited, as your team go about making their own decisions. The cheek.

The overall game play is also quite restrictive, with the world being a fairly linear one. You play in a 2D plane, and you can only travel to the left and right of the screen, across a map with set paths. This means there is no room for free roam exploration, with the game’s parameters very much set in stone. 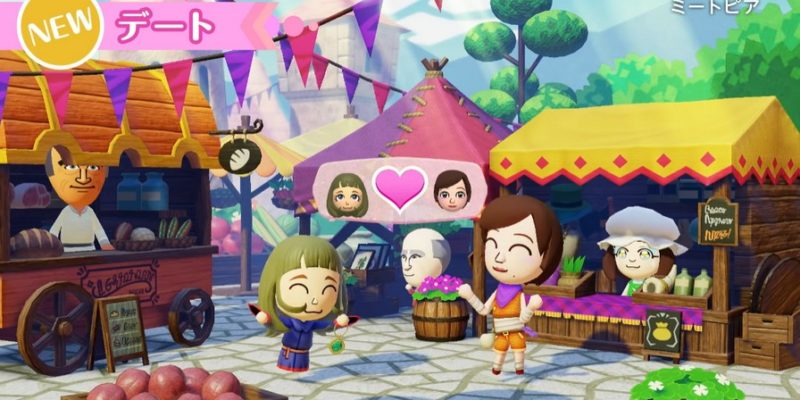 Oh yeah, we have thes bohemian pop-up markets all the time. Another organic dirt juice?

Although this may come across as disappointing, it really shouldn’t be. Miitopia is offering a different kind of RPG experience after all; it’s like RPG crack being teased to an RPG novice, that once taken, may well have them hooked, seeking out the heavier hit of something like Bravely Default 2 to satiate their new habit.

That said, you can forget about the likes of Resident Evil Village, as Miitopia could easily be the most disturbing release of the year. Where else are you going to encounter an evil entity stealing faces? It may look and play cute, but its underlying storyline is pure horror.

The game also delivers something not often found in RPGs, and that’s fun. Without the need to grind until your eyelids drop, the game concentrates on just being fun. There aren’t that many RPG’s out there where you can recruit a pop star in your team, or a chef who enjoys whacking enemies with his frying pan.

The writing is also a giggle, with the many interactions between characters being hugely entertaining. Inns play a big part of the game, where your characters will rest, share rooms, eat, and go on dates. And let’s just say what happens in inns, stays in inns, but to quote Nelly, it’s getting hot in here.

It may not be a hardcore RPG experience – although it does adopt many of its traits, like jobs, and presents them in a very accessible fashion – but it is one that is utterly engaging, as you travel through a world that is oozing charm and personality.

If you’re new to the genre, or just want to dip your toe in one that won’t necessarily take over your life, step into the colourful world of Miitopia, and create and become the hero you’re destined to be.