Minions: The Rise of Gru

Just as superheroes are now entitled to an origin story – or if you’re Spider-Man, several – it’s only fair that the same courtesy should be shown to their villainous counterparts. One of the best in recent years was undoubtedly Todd Phillips’ Joker.

Although this doesn’t come with quite the same dramatic gravitas, Gru’s story is just as interesting, with far more laughs. 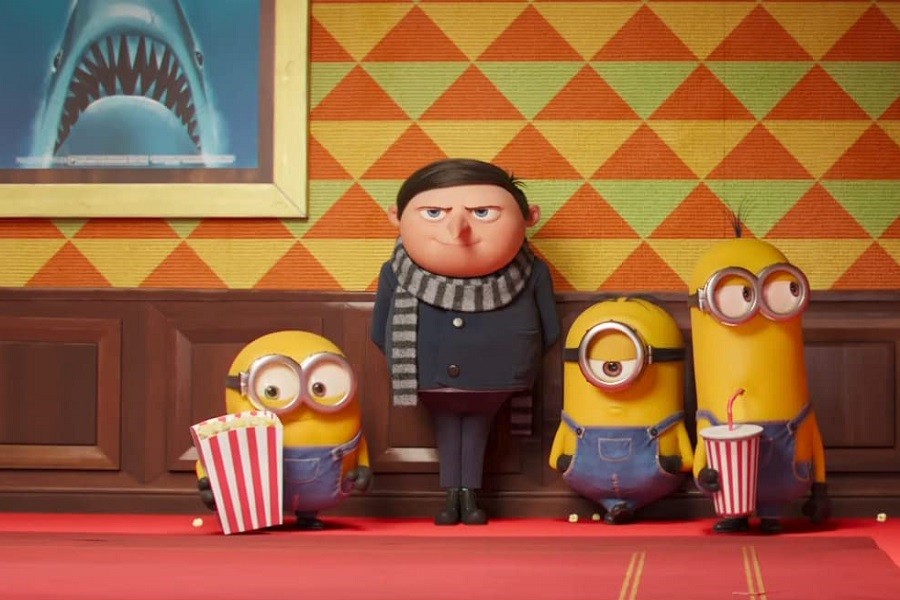 I don't care waht you think, you will love Manon De Source.

Every young child has aspirations, to be a doctor, lawyer, or most importantly of all, a social influencer. But for Gru (Steve Carell), aged 11 ¾’s, he has his sights set on a slightly alternative vocation – the supervillain.

He already has his henchmen, his band of faithful Minions, he just needs to be taken seriously. So when he hears of a recently vacated position in the baddest supervillian gang The Vicious 6, he decides to apply.

The interview doesn’t go to plan however, forcing Gru to steal the precious mystical Zodiac stone right from under their collective evil noses. This does not go well, in fact it gets worse, when Gru himself loses the stone, and running into further trouble himself. So stepping up to the plate to get a firm yellow grip on the situation are his Minions, who are ready to do anything for Gru, at whatever personal cost to themselves. 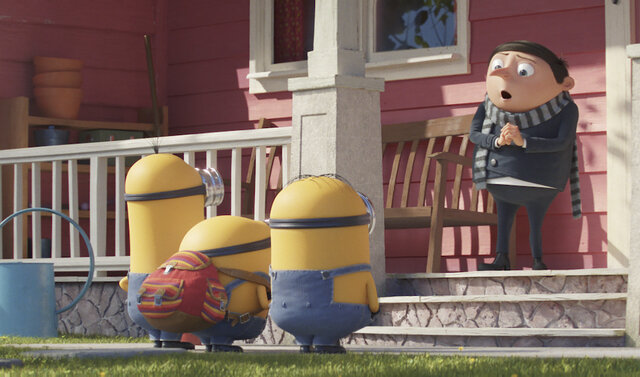 So you're selling single glazed windows you say?!

Despite this being Minions 2 in anything but name, as the title suggests, the story focuses on a young Gru. And although his back story is curious, it’s all a tad convoluted, even for more mature heads.

There’s the story of the vicious 6, and how they usurp their leader Wild Knuckles (Alan Arkin); then there’s his story, and his cross-over with Gru, and then there are Minions Kevin, Stuart and Bob (voicing all Minions is Pierre Coffin) who have a fun training montage, and finally there’s Otto, who goes on a road trip of his very own. Each section is like its own self contained story, which does somehow, however awkwardly, overlap.

Thankfully the animation is of such a high quality, it serves as the perfect distraction. Not only are the colours truly vibrant, the whole visual palette is of a sunny disposition. And then you have all the visual gags, of which there are plenty; including a quick-and-you’ll-miss-it camouflage gag, as well as a homage to Bruce lee’s yellow jumpsuit.

And because it's set in the seventies, it also comes with a groovy soundtrack, with many a disco classic.

So even though there is a lot going on with the story, there’s plenty going on to entertain both young and old. And there’s no denying the continuing cuteness of the Minions, to the point where you may start to feel like you can actually understand what they have to say.

There are still a lot of questions that still need answering however, like what happened to Gru’s father, what really made Gru choose the dark side, and, more importantly, what is the origin story of the Minions themselves? Perhaps Illuminations have that up their yellow sleeves for the next entry in the series.

In the meantime, Gru and the gang deliver a colourful and groovy adventure that is full of wit, oozing charm, and most importantly, a helluva lot of Minions.