If there’s one type of film that us Brits can produce it’s a period feature. Not only are we damn good at making them, but they do bloody well globally too; no doubt it’s born from a fascination at how peculiar our social structure was, and how utterly ridiculous it all looks.

They have a formula that has worked well over the years, but there’s a definite change in the air, as far as the casting is concerned. At last there’s a trend for a more inclusive cast, as demonstrated in the excellent The Personal History of David Copperfield, starring the seriously talented Dev Patel. It’s also been seen in the successful Bridgerton on Netflix too.

Picking up this particular baton is this wonderfully endearing tale, with a welcome balance of the old and new. 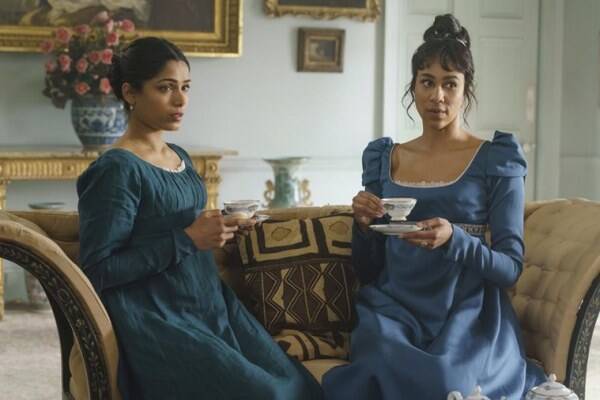 Is it Redbull and vodka as I requested?

The time has come for Ms Julia Thistlewaite (Zawe Ashton) to present herself in society in search of a possible suitor. There is one obvious candidate, the most charming and, it has to be said, wealthy, Mr Malcolm (Sope Dirisu).

They end up on a date, at the opera, but as far as Mr Malcolm is concerned, it doesn’t go well. Julia is forlorn when she hears of this dismissal, and begs her cousin Lord Cassidy (Oliver Jackson-Cohen), a personal friend of his, as to why the rejection.

He does as requested and learns that Mr Malcolm has created a list of requirements for a future bride, and it transpires that Julia didn’t meet them.

Devastated at this news, particularly after being ridiculed by society, Julia is hell bent on revenge. She cooks up a plan, that involves her childhood friend Selina (Freida Pinto), that will beat this conceited fellow at his own game.

Unfortunately for Julia, as rigorous as her plan is, there is one aspect of it that she neglected to account for: love. 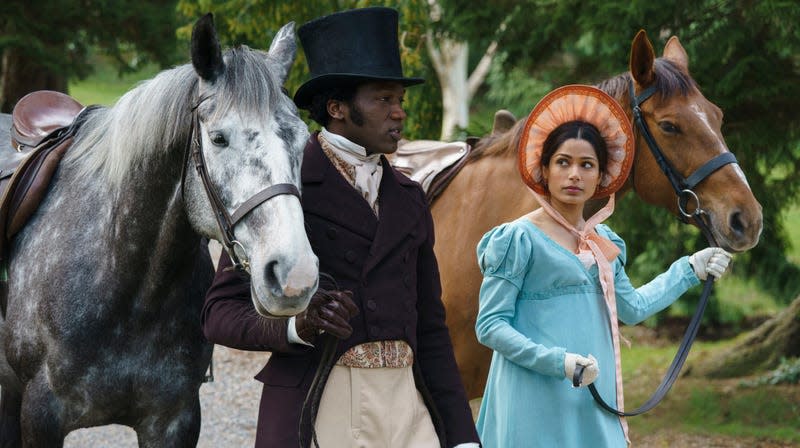 Admittedly I don't know much about horseriding, but shouldn't we be on them?!

Although there is a diverse and varied cast on show here, director Emma Holly Jones’ directorial debut follows the more traditional path of the genre in all other ways. In fact you could say that it has its own checklist of requirements that it fulfils: wonderful sets and costumes; beautiful outdoor locales; a warm and charming script; and some delightful performances. So there you have it, every box ticked for the necessary period piece.

Although it’s based on a novel by Suzanne Allain, the story’s premise has a touch of Shakespeare’s comedy side to it. It’s all on the predictable side, but it’s such an enjoyable journey, that can be forgiven.

The standout performance is by Ashton, who after playing Vod in the Channel Four comedy Fresh Meat, should have gone on to far bigger and better things, as hugely talented as she is. This will certainly help in pushing her in the right direction though, with a winning confidence and bravado throughout her performance.

All the gent’s perform perfectly well too, especially Dirisu and Jackson-Cohen, as well as an excellent turn by Theo James as Captain Henry Ossory.

Perhaps the weakest link, cast wise at least, would be that of Pinto; although competent, her performance is lacking a certain sparkle, and just falls short of making an impact on screen. The fact that she was also an executive producer on the project may have something to do with her being cast in a leading role, which is fair enough, even if the film suffers a tad for it.

It’s an impressive debut for Jones however, who not only understands the traits and tropes of the genre, but embraces them, lovingly, delivering an exquisitely delightful and perfectly formed period film that you’ll find yourself fall head over heels in love with, that should top your must-see list.