It’s easy to think that gun crime is essentially a US problem, with the horrific frequency of individuals choosing to go on shooting sprees there.

Although less frequent, they do happen in other countries, such as here in the UK with the Dunblane massacre in 1996.

It also happens in Australia too, as this film illustrates, focusing on the run up to the Port Arthur massacre in Tasmania in 1996. 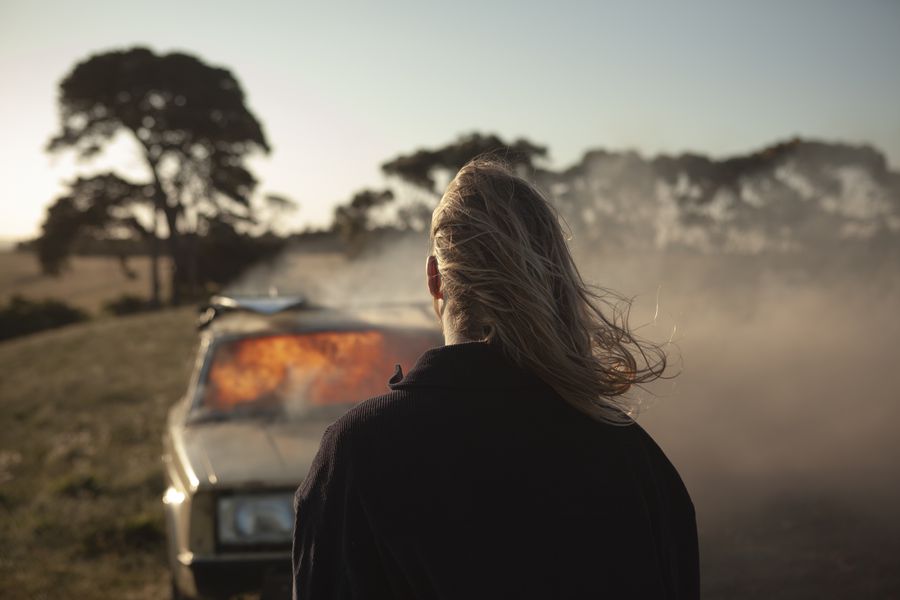 Mmm, the car appears to be suffering from a touch of over-heating.

Living with his parents in Tasmania is Nitram (Caleb Landry Jones); he is considered to be intellectually disabled, with the mental ability of that of a young child.

This means that he struggles to understand the difference between wrong and right; for instance, as a child he hurt himself playing with fireworks, and despite that, he continues to do so as a grown up.

And although his father (Anthony LaPaglia) tries his best to understand him, his mother (Judy Davis) appears to have lost her patience. This often makes for an air of tension at home.

His life changes dramatically however, when he meets Helen (Essie Davis), a retired actress who takes a liking to him, so much so that she allows him to move into her big house with her.

But this period of happiness doesn’t last long for Nitram, as the events that play out before him, soon see him in an emotional freefall, which takes him to a truly dark place where there appears no escape. 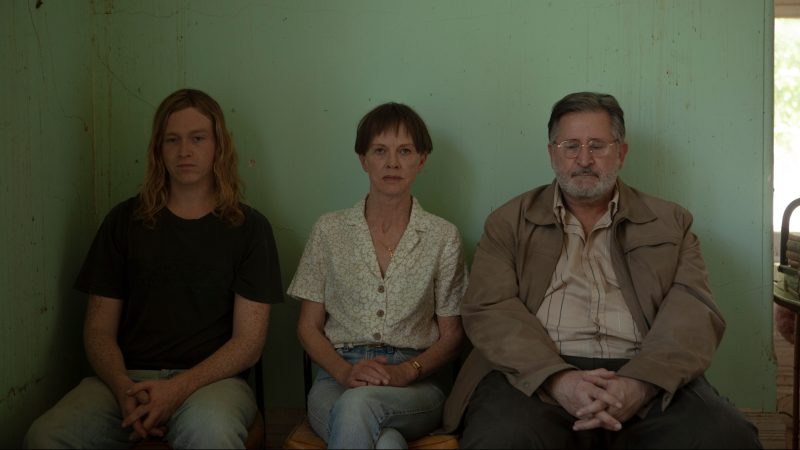 Does anyone else think we're all too old to be waiting to see the head master?!

Initially it could be read as an indictment of Australia’s gun laws, or more accurately the flagrant disregard of them by States themselves. But it’s less about how people are buying them and more to do with why.

The protagonist here, based on real life mass shooter Martin Bryant, examines how someone with known mental issues can be let down by the system in the first place. There’s certainly a feeling from the film that if Nitram received some form of help, then the decision he made to take lives might possibly have been avoidable.

It’s this journey into darkness then that Kurzel takes us on. It’s an uneasy and unsettling watch as there’s a startling unpredictability to Nitram’s behaviour throughout. Jones gives an astonishing performance as Nitram, who delivers a child-like naiveté, coupled with a disturbingly quiet anger that always appears to be bubbling below the surface.

In that sense, Kurzel steers the audience into feeling a sense of sorrow towards Nitram, who appears to have little control over his own destiny. This is aided by Kurzel’s approach to the acts of violence itself, which although limited, still manages to pack a punch. In doing so, his film is about the failure of the system, rather than the heinous act itself. It’s an interesting approach that may well find audiences sympathetic towards Nitram, rightly or wrongly. Either way, it certainly makes for much needed debate on the matter. But if the majority of those mass killers are found to suffer from mental health issues, then surely there’s a case that with proper treatment, many of those lives lost might possibly have been saved.

It’s a film with a quiet intensity about it, keeping you on tenterhooks throughout as you’re never quite sure what’s going to happen next, making for an absorbing albeit uncomfortable experience as a whole.