At the tender age of twelve, Isabelle Fuhrman took the starring role in 2009’s Orphan. Unfortunately for her, it was a woeful attempt at a horror flick, the likes of which we could only hope we’d never see the likes of again. Until now.

Fuhrman returns, in a prequel, meaning her character is probably a little younger than before, with the actress now 25 years old. Only in the movies, right? 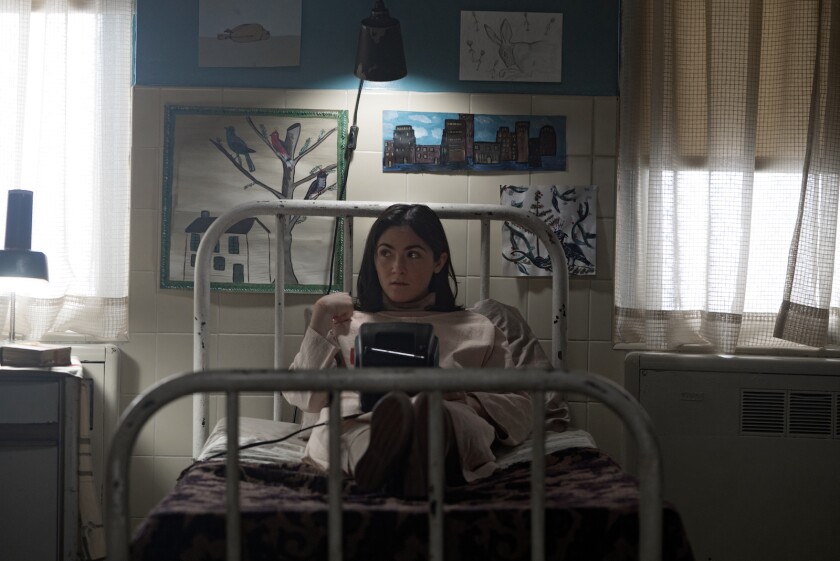 I don't understand why the wi-fi doesn't reach here.

Having spent some time in the Saarne Institute in Estonia, young Leena (Fuhrman) has had enough of being basically held against her will in what amounts to a high security facility, and finds a way to escape.

She dreams of a better life, so when she learns that a young girl named Esther went missing four years ago in the US, she believes she can get away with looking like her, and therefore take over her identity. Which amazingly she does.

Now, living in a lovely Connecticut home in the States, with Tricia (Julia Stiles) and Allen (Rossif Sutherland) believing her to be their missing daughter, it soon feels like ‘Esther’ now has everything she wants. It’s not long however, before things start to go awry with her new family, and she soon has to resort to some rather nasty habits to get her own way. 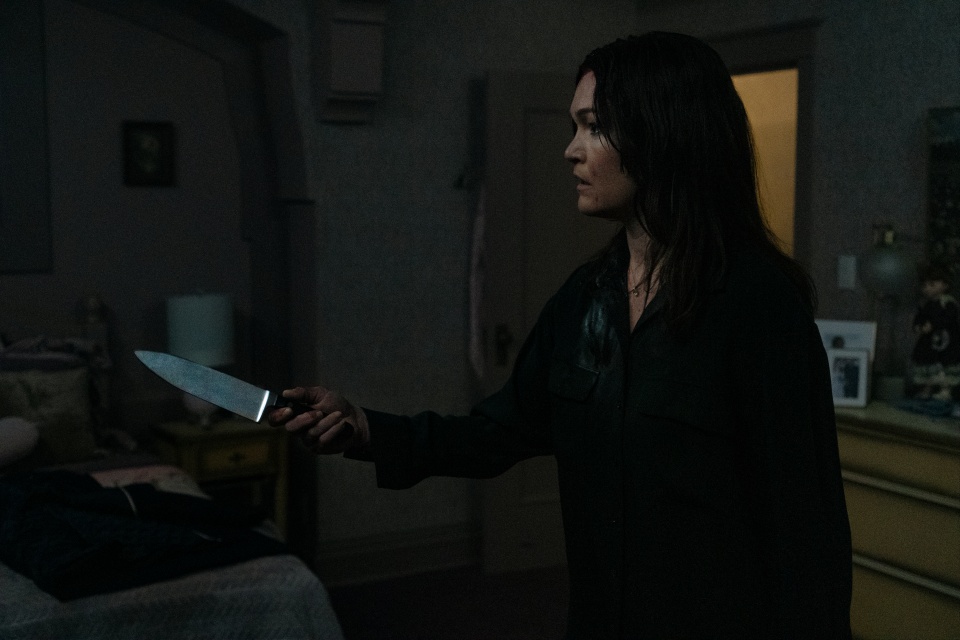 If you come near me with ways to make this film worse, I have something for you...

There are two very distinct aspects of this film that are difficult to ignore. The first is the character Esther herself. She is described as having a rare hormonal disorder that has prevented her growth. Now when actress Fuhrman appeared in the first film aged twelve, she was presumably height appropriate for the role. Being 25 now and allegedly 5’ 32, makes it somewhat difficult to pass off as someone far younger, for the sake of the story she’s telling at least.

To address this physical issue for the camera, director William Brent Bell for the most part, only shoots the actress from the waist up in close-up. If she’s moving around, or he wants to get a sense of her size from behind, he clearly used a body double. The problem is, it just doesn’t work; the audience can immediately tell when it’s Fuhrman, and when it’s someone else. In fact it’s so obvious it’s laughable, but it’s not the only thing that is.

Much like the original, this prequel’s premise is ludicrous. Not only does it still have the absurd reveal at the end of the first film to contend with, it adds to it by making it even more ridiculous. The good news is, you’re unlikely to see it coming. The bad news is that when you do, it will make you groan, as well as physically hurt your brain a little.

With both these issues then, the film is more of a parody, whether it wants to be or not, than a horror. It will no doubt attract a cult following, for just being so incredibly bad, and for that reason alone it’s almost worth a watch. Almost.

At least we can look forward to a third instalment, no doubt planned for 15 years time when Fuhrman is 40, to reprise the role at exactly the same point in time.

Admittedly there’s every chance you’ll watch most of it through your fingers, but for all the wrong reasons.