Recent research suggests that robots will be the downfall of mankind. We will build them with such comprehensive AI that it won’t take them long to realise that they quite frankly don’t need us, and subsequently stuff us in a big whole at the bottom of their gardens.

We shouldn’t be surprised as film and TV has being telling us the same for years. Although this sequel to director Guillermo del Toro’s 2013 film doesn’t quite feature the end of humanity, it does feature bloody great robots fighting, and therefore acts as a precursor to our inevitable doom. 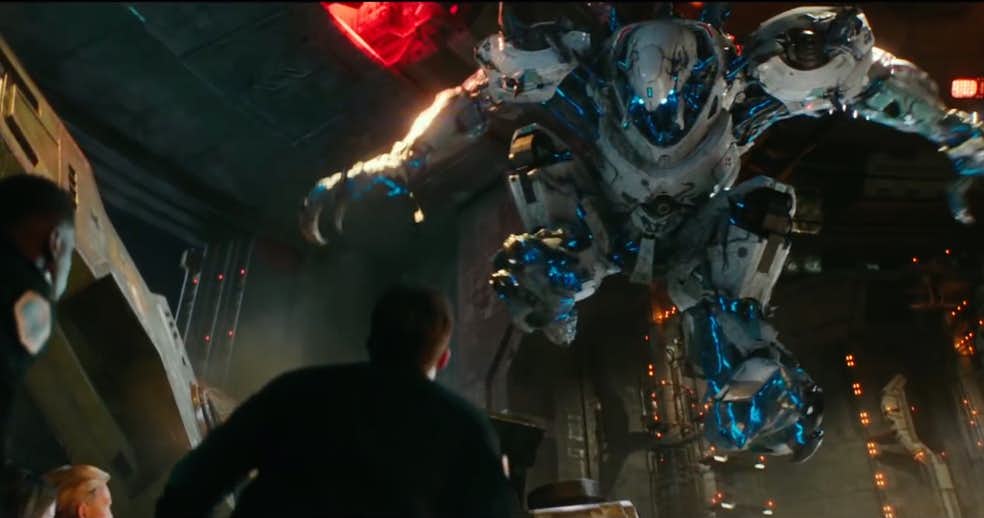 I told my agent this wasn't good enough. I wanted the lead in a Transformers flick!

How time flies. It’s 2035 and it’s ten years down the line since the epic Battle of the Breach. Many remember it for the win, but young Jake Pentecost (John Boyega) also remembers it for the loss of his dad, who sacrificed his life for the planet. As you would imagine, they are huge shoes to fill, so Jake doesn’t even bother to try.

Instead, he scrounges around, trying to make a living selling the scraps he comes across. Unfortunately he gets caught in the midst of a dodgy deal, and told he really has one choice, to help train young pilots at the academy. Begrudgingly, he agrees.

At first, it’s a little awkward, as his ex co-pilot Nate (Scott Eastwood) is keen on giving him a hard time. But this bickering is soon put to one side when a rogue Jaeger robot appears out of the sea and causes devastation. Initially no one has any idea who is behind it, but it’s not long before they realise that an old foe has returned, to finish off what they started. 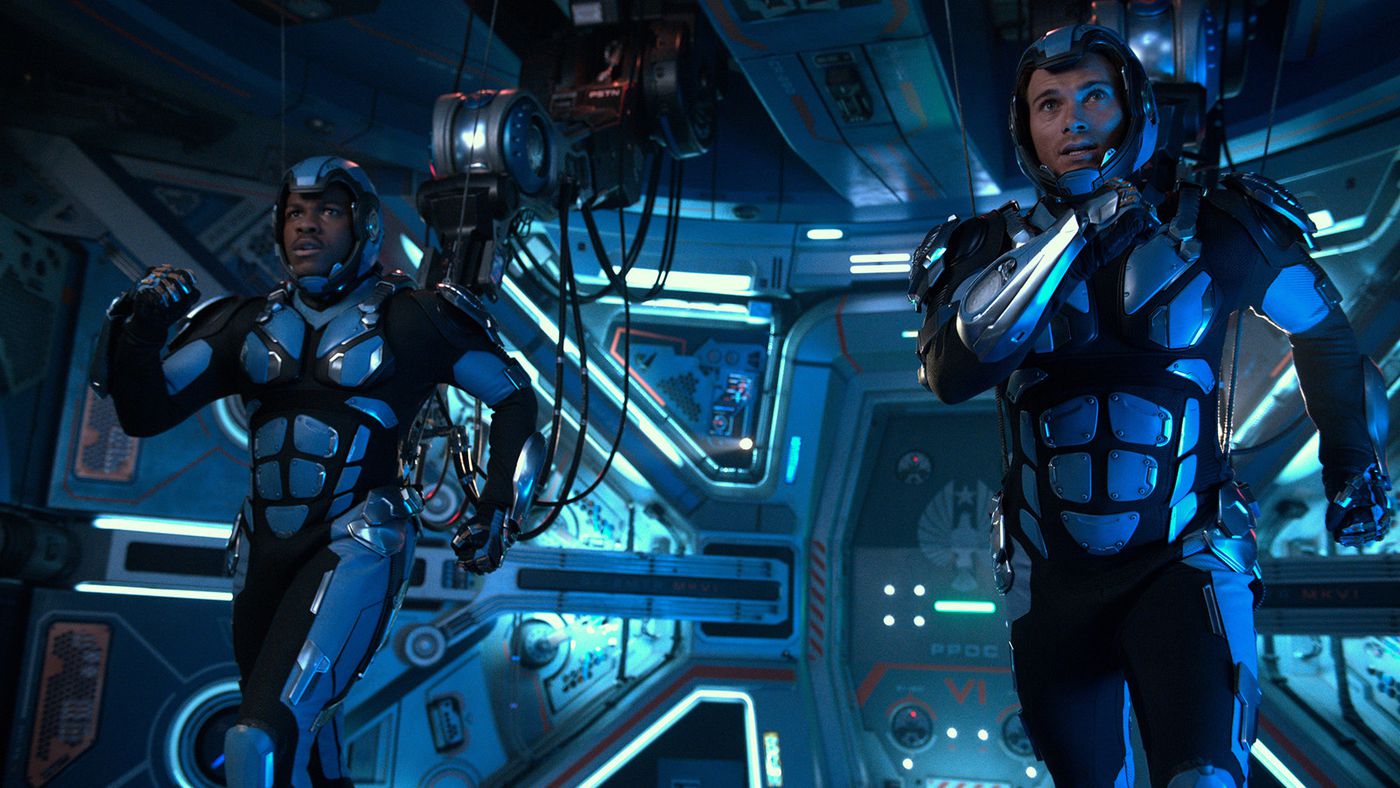 Boy, these fitness trackers come with a lot of extras now, huh?!

You would have to be equal parts brave and stupid to helm a Pacific Rim sequel. After all, the original was directed by visionary Guillermo del Toro and starred the main man Idris Elba. Both those parts are visibly evident in Steven S. DeKnight, who somewhat remarkably made his big screen debut with this robotic behemoth.

For the most part, he does well. The visuals are bright and lush, and the action is suitably fast-paced. It’s arguable that the film doesn’t appear to have advanced visually much in five years, but that’s a small matter.

What does matter is the script. It’s always a concern when more than one writer gets a credit for their scribbling efforts, so the alarm bells rung loud when seeing four individuals credited for their writing duties. And rightly so.

The story is a garbled mess that just appears to dig itself a hole and just keep on digging. At one point Boyega’s character declares “what the hell is going on?!”, a question no doubt audiences will also be seeking the answer to. It is woefully overwritten and clearly suffers from too-many-writing-cooks syndrome.

Thank god then for John Boyega, who single-handedly saves the day. Not only is he supremely watchable – as he is in anything he appears in – but he has far too much charm and personality for one human being. He can turn a throwaway line into a little comic gem, which is nothing short of cinematic alchemy.

Luckily for him, he gets something in the way of support from Eastwood, and in particular from young Cailee Spaeny, who plays Amara, who is definitely a star in the making.

The film doesn’t make a whole lot of sense, but when you’ve got John Boyega doing his thang, and giant fighting robots, quite frankly who cares?

Visually appealing then, yet suffers from a severely vacuous plot that just like the film’s baddies, there’s just no running away from.