There are certain films that need to be seen without knowing too much about them. Probably the most memorable being 1999’s The Sixth Sense; if you walked into the cinema knowing the twist, then it really wasn’t worth watching.

Although not quite on the same scale, this beautifully crafted French film has a surprise of its own up its woolly jumper sleeve, which is best experienced unspoilt. 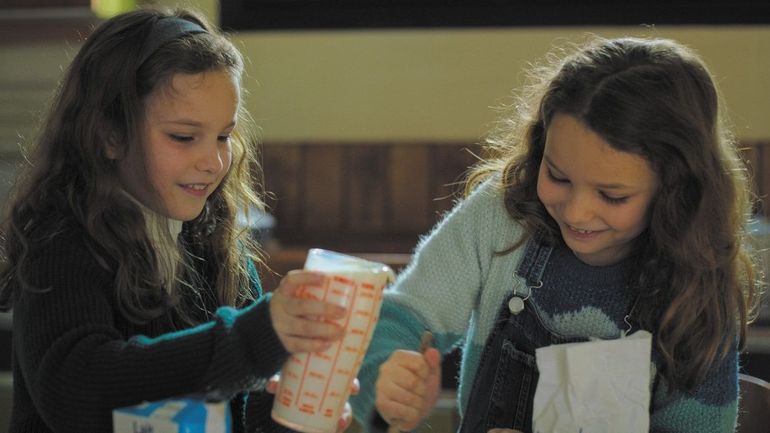 The first set of twins on Bake Off didn't appear to be taking it that seriously.

With her grandmother dying recently, eight-year-old Nelly (Joséphine Sanz) finds herself with her parents in her grandmother’s old house, clearing it out. It’s an emotional time, especially for her mother (Nina Meurisse), who grew up in the house, and at one point it gets so much for her that she has to leave.

To entertain herself, Nelly goes off playing in the nearby woods, where one day she meets a young girl building a tree house. Her name is Marion (Gabrielle Sanz), and she turns out to be the perfect play partner to get her through the next couple of days.

After spending a lot of time with Marion, Nelly starts to believe that they may well have a stronger connection than just being the same age and looking alike.

OK, so the UK was pointless, where next?

There’s something very simple, almost lo-fi about director Céline Sciamma’s latest film, which is in stark contrast to her last, the fairly cinematic Portrait of a Lady on Fire.

At times, Petit Maman exhibits characteristics of cinéma vérité, with its almost documentary feel throughout. Sciamma just follows her very talented young star with the camera, as the audience is invited into her world. But as the story unfolds, a story which was penned by Sciamma, you suddenly find that the film isn’t exactly what you were expecting, with an interesting element that changes, well, everything.

Although it’s an impressive narrative bomb, Sciamma doesn’t change her style in telling it, as she successfully and seamlessly weaves something extraordinary into the ordinary. It’s so skilfully done, you could almost miss the transition.

One of the reasons it works so incredibly well is due to the young performers, particularly that of the Sanz sisters; they offer an incredible level of naturalism, so much so that their performances transcend any form of theatrics, which only reinforces the pseudo documentary sensation.

It is a film that could well sneak up on you and take you by surprise, making for what is a disarmingly magical experience.