When it comes to having books adapted for the big screen, Stephen King is just that. He currently has had over forty of his published work adapted for both TV and film, with even more to come.

It’s reached the point now where the originals are now getting remade, like Carrie, It, and this title, which King originally wrote in 1983. 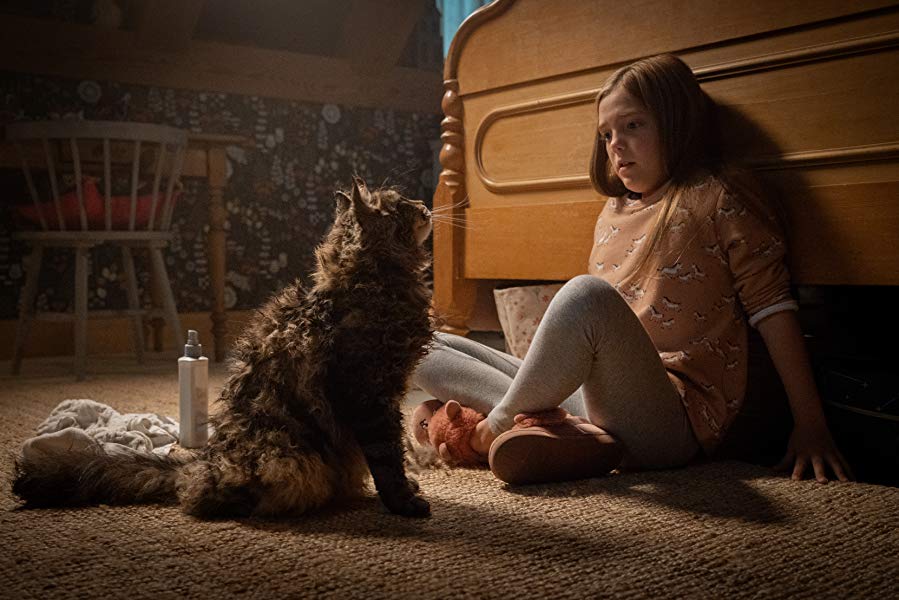 Let's go over the rule again, shall we? Don't touch, don't look, expect nothing. Got it?

Looking for a quieter life are the Creed family. Doc Louis (Jason Clarke) and his wife Rachel (Amy Seimetz), daughter Ellie (Jeté Laurence), son Gage (Hugo and Lucas Lavoie) and moggie Church, have left Boston behind for the rural feel of Ludlow.

They move into a nice old house, with plenty of space around them, making it the perfect place to raise a family.

Young Ellie goes exploring in the woods and meets their elderly neighbour Jud (John Lithgow) there. He explains what all the little tombstones are; they are part of the pet sematary that has been on this land of theirs, for years and years.

The family don’t think anything of it until a family tragedy strikes; Church gets involved in an accident and sadly dies. Knowing how much the family loved it, Jud leads Louis to a special place behind the pet sematary, where he insists Church should be buried.

The next day, just as he’s building up the courage to inform his daughter that Church is no more, the family cat waltzes in as if nothing had happened.

It’s a phenomenon that, as a man of science, he struggles with, but as it means he hasn’t had to upset his little girl, he’s willing to come to terms with it.

As the days pass however, he notices that lovable Church isn’t his usually chilled-out self, and something far darker may be happening in that little pet sematary of theirs. 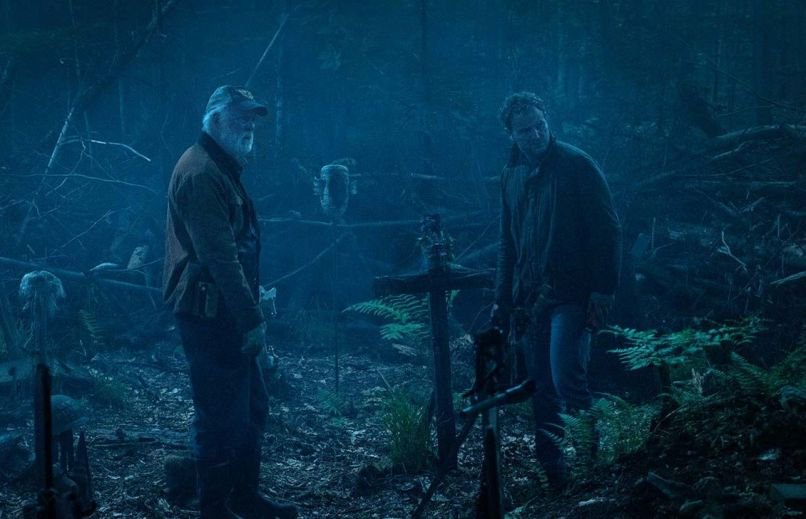 I remember Alton Towers being more cheery than this.

With the original film far from being a classic, it’s understandable that this creepy material would be ripe for another stab. It doesn’t take long to become apparent however, that sometimes dead and buried should mean just that.

There are two strands of story that this film follows, and it fails on both counts. The first is a zombie mechanic, where the buried dead come back to life. Now back in ’83, when King first released the book, zombies had yet to fully take over the world, so the concept was still pretty much in its infancy. Today however, we’re tripping over zombies left, right and shopping centre.

The second half of the film, which is the far more entertaining half, develops the idea of a possession of sorts. And again, the notion of young girls being taken over by something fairly demonic has, to excuse the phrase, been done to death.

The result is a mismatched cocktail of themes, with neither really ever posing much of a threat. The first half is appallingly dull, with the second, when finally in full-on ‘dead pet’ mode, offers nothing that hasn’t only been done before, but far better.

There are two performances that should get a nod: Laurence appears to really embrace her dead self, and is the most entertaining part of the entire debacle; and then there are the four pussies that pulled together to give an authentic creepiness to the moggy known as Church.

If you’re desperate for a film about pets coming back to life, then you can’t go wrong with Tim Burton’s superb Frankenweenie.

This resurrected nonsense proves one thing, quite rare at that, that this was not a Stephen King story worth digging up again, and that sometimes something dead should really stay that way.