Marion Cotillard is one of those French actresses who has the ability  and talent  to flit back and forth from starring in French films using her native tongue, to US films. Winning an Oscar (as she did in 2008 for role in La Vie en Rose) can do that for a career.

But unlike many French actresses of note, she's been lucky enough to appear in a couple of blockbusters, namely Inception and The Dark Knight Rises. Clearly Christopher Nolan is a fan.

While making the most recent Batman flick, she found time to make this altogether different film back on home soil.

With very little in the way of prospects in Belgium, Ali (Matthias Schoenaerts), with his young son Sam (Armand Verdure) in tow, arrives at his sister's house in Antibes. It's been five years since they last had contact, so it's no surprise that the she's a little frosty at their arrival. But despite her and her partner struggling to make ends meet themselves, she lets them stay; after all, family is family.

Ali doesn't rest on his laurels looking for work; he gets a job working as a bouncer in a local club. It's there that he meets Stéphanie (Cotillard); after rescuing her from a bar fight brawl, he escorts her home and leaves her with his number.

He doesn't hear from her in a while, and he knows exactly why; she was involved in a horrific accident at work that was reported on the news  no surprise really when you consider a killer whale was involved. She was a killer whale trainer who was attacked when one of their performances went terribly wrong.

Just as she thinks she's ready to get on with her life, she contacts Ali. He's not only happy to meet up with her, but also to develop their friendship further. But where Ali sees only friendship, and the physical benefits that can come from such mutual understandings, Stéphanie believes that a true relationship could be possible. But if it is, it's going to take some time getting there. 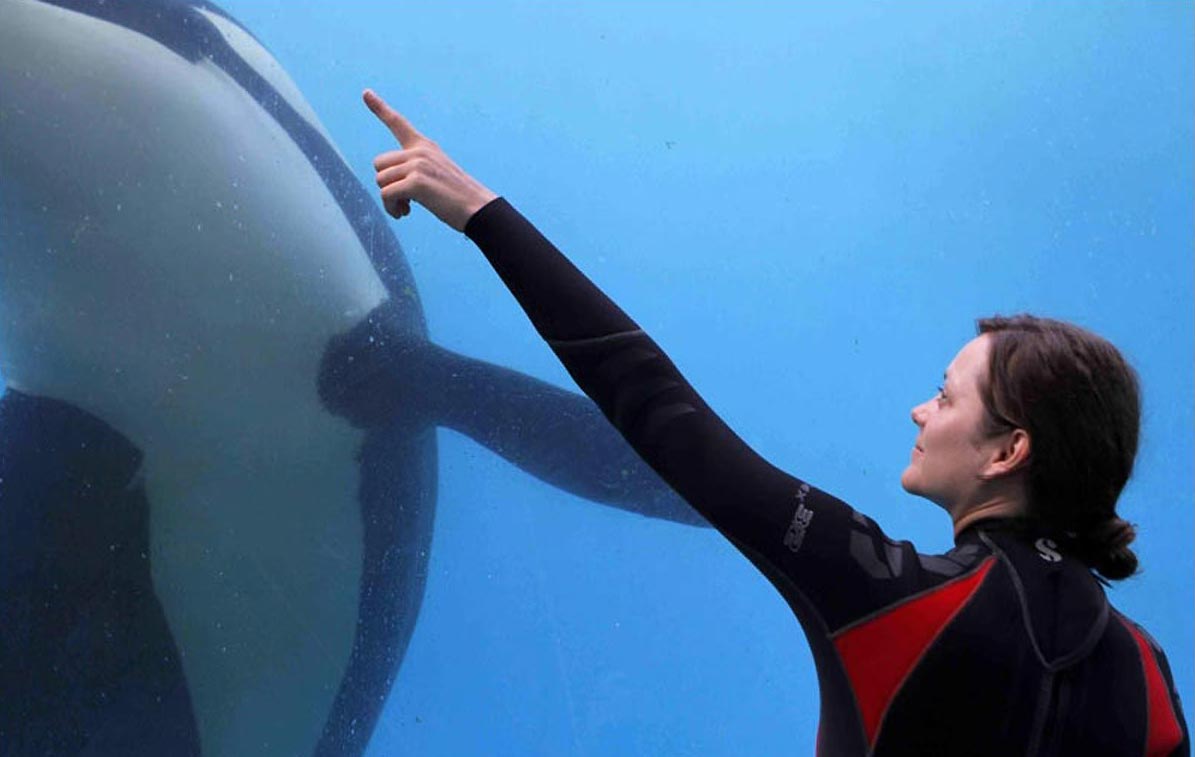 French director and writer Jacques Audiard clearly knows his onions; his last two films, 2005's The Beat That my heart Skipped and 2009's A Prophet, were both critically acclaimed and with good reason. Audiard proved with both features that he has a talent for taking his vision off the page and projecting it with aplomb onto the screen.

It's knowing his proven ability that makes Rust and Bone that bit more of a disappointment.

Although undeniably cinematic, having killer whales in the film feels completely far-fetched. She might as well have been attacked by werewolves, as it would have had the same level of believability about it.

What's an even bigger struggle however, is the relationship between the film's two leads. It's as if there are actually two very different films struggling to get out. One that follows the struggle of a father bringing up his son, who finds himself getting sucked into the seedy world of illegal fighting; the other, following a woman coming to terms with who she is after being attacked by a, erm, killer whale. Merging the two scenarios together just doesn't gel.

The film isn't helped by the fact that its romantic leads don't really spend that much screen time together; so by the film's end, their relationship doesn't appear to be totally genuine.

Perhaps Audiard had two great scripts (well, one and a half, the one about being attacked by a killer whale stinks of being sub B-movie material), and was told by producers that he was only allowed to make the one.

Although the script is woolly at best, both Cotillard and Schoenaerts give a good account of themselves. It's just a shame they had to star in the same film. If Audiard wanted a film with real bite, he should have just let that killer whale go on a frenzied rampage, as the result would have bound to be far more entertaining.