We love words. The fact that you can put one after the other to convey a thought or...whatever, is pretty, well, something or other. Last year saw the release of Scribblenauts on the DS. You could feed it words and they would literally come alive and do stuff.

A year later and Scribblenauts is back. But this time theyve added an extra word to the title super, and as everyone knows, just by adding that word to anything just makes it better. Super Man, Super Mario, Super Noodles etc. So just for the simple fact that Scribblenauts was now super it was clearly going to be a lot better than the original.

And then we played it.

Scribblenauts isnt as super as it thinks it is. Little Maxwell is back, doing pretty much what he did in the first game; you write a word and Maxwell can interact with it in some way. Write gun and Maxwell can shoot something. Write car and Maxwell can drive. This time however, the developers Cell 5 have made it so you can now write adjectives for Maxwell. So instead of just a car, he can have a fast car. 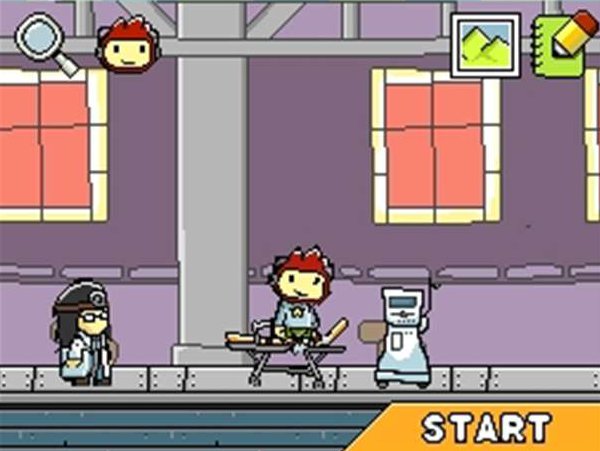 Doctor, words can't describe how I feel. Oh hang on, they can: ill.

In theory this should have made the game tighter. In practice however, it just makes it unnecessarily convoluted. This is highlighted in the all new adjective levels. Many of these are shown as a sum, where one object added or taken away from another equals something else. One part of the sum is usually removed for you to fill in; for instance, a unicorn minus something equals a normal horse. The answer is a horn. Not too difficult that one, but for some reason, many are just a little too abstract. A man minus time equals what exactly? We werent expecting anything quite that philosophical.

We were also asked to defeat a large Shambler with a creature with an opposing adjective. We didnt have a clue what a Shambler was, leaving us unsure what we would need to defeat it.

There are hints available to help you, but despite the fact that the last one usually tells you exactly what you need, even after writing it out, it still often didnt seem to do the trick.

It also felt that there was more emphasis on giving objects to other characters as opposed to Maxwell himself, which made his presence feel a little on the redundant side. He does get to fly around in a space ship at one stage though, and that cheered us up no end.

At one point we needed someone from the medical profession to drive an ambulance. Ambulance man? No. Ambulance person? No. Doctor? No. Nurse? Medic? No. Mustering all our medical knowledge from watching every episode of ER we finally got a winner with...Chief Surgeon. No really. An ambulance man couldnt drive the ambulance but a chief surgeon could. Thats what youre up against here.

With the addition of the adjectives it just seems that a lot of the creative fun of the original has been taken away. It now all feels like an IQ test that, more often than not, made us want to scratch our brains with a blunt fork.

In its defence, there are a lot of levels here, as well as the opportunity to get creative yourself with a level editor. But it all just feels a little too much like homework, and wheres the fun in that? Were truly lost for words at how disappointed we were playing it.

Sadly, this inferior sequel is just far too clever for its own tiny clogs.