Considering the richness of the source material, The Addams Family franchise is certainly ripe for animation. Or so you would think. Unfortunately 2019’s The Addams Family proved to be a huge disappointment, as it failed to deliver a story worthy of the kookiest of families.

But despite not being terribly good, you can never dismiss a sequel, this is Hollywood after all. So the fine cast including Oscar Isaac, Charlize Theron and Chloé Grace Moretz reunite for another stab at a family get together. 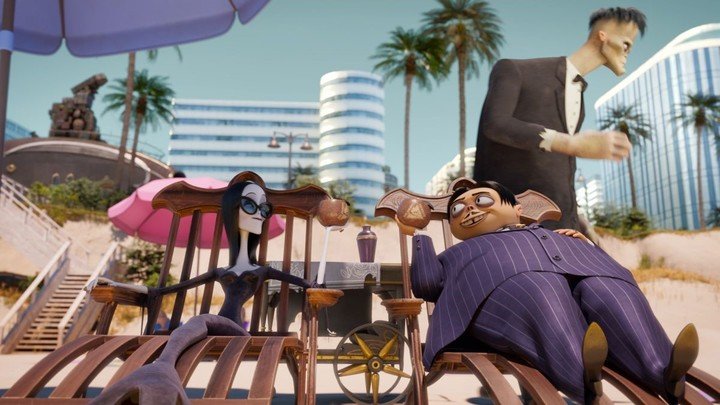 I don't know about you, but I feel the service is on the slow side here.

After a disappointing school science fair, Gomez (Isaac) decides that the family could do with a lift and decides a road trip would be just the thing. So into the family RV they go and set off for a trip across the country.

Meanwhile, Wednesday (Moretz) is undergoing somewhat of a personal crisis, with her legitimacy as a member of the Addams family coming under question, which takes everyone by surprise. 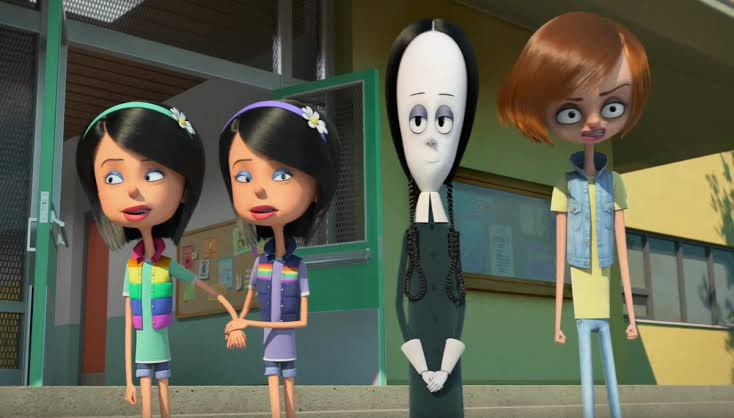 This gnew girl band thought they had all bases covered with their members.

The great thing about building on a below par film is the opportunity to learn from your mistakes. Unfortunately nothing was clearly learnt here. Instead, it appears that things have only gotten worse, which is certainly a surprise when both directors of the original have returned for this tripe.

Everything about it is flat; from a generic storyline that despite being an actual journey, goes absolutely nowhere, to a film full of bland dialogue. The voice cast are actually quite lucky as they aren’t that recognisable from their characters, which no doubt helped when they phoned their performances in – probably quite literally. Easy money when you can get it, so you can’t really blame them.

But just like the original, this once again feels like a wasted opportunity; this franchise is dripping with personality, with this film in particular refusing to take advantage in any shape or form.

If nothing else, this film proves that another live action film would suit this franchise best, bringing these morbid characters back to life again on the big screen.

As animated sequels go however, this family reunion is definitely worth avoiding.