The Greatest Beer Run Ever

It was the release of High School Musical on the Disney channel in 2006, playing Troy Bolton, that made then 19-year-old Zac Efron a star.

His pretty boy looks were undeniable, so much so that he quickly found that he was getting type cast in such roles.

Efron, clearly aware of this fact, has been making a concerted effort to free himself from this stereotype, that culminated in him playing real life serial killer Ted Bundy in 2019’s Extremely Wicked, Shockingly Evil and Vile, which is certainly one way to shake off the poster boy image.

His latest is yet a further attempt to be taken seriously as an actor, in a serious film about the serious nature of war. 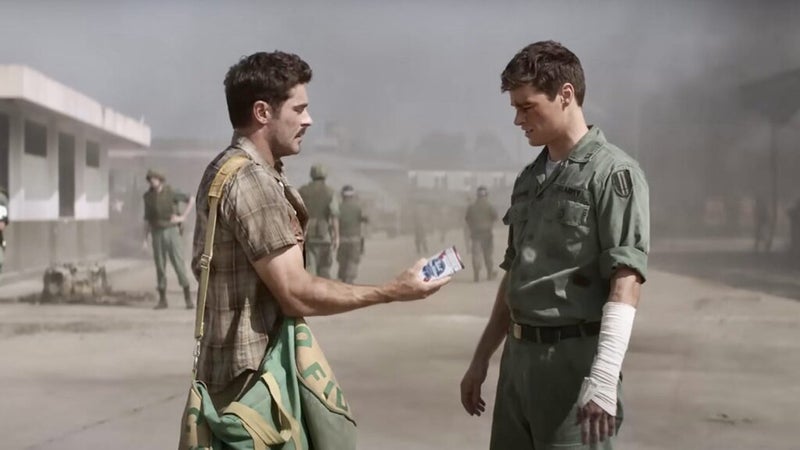 it's the brand that all the superheroes drink. And the supervillians.

1967 and the US is embroiled in a bitter war in Vietnam. With many of his friends signed up and fighting for their country, John ‘Chickie’ Donohue remains in their home town of Inwood, NYC.

He’s feeling pissed off that no one seems to care what his friends are giving up for their country, with the media constantly bad mouthing their president Lyndon B. Johnson.

So while sitting in their local bar, he tells his friends that he wished he could do more, something to let them know that they’re appreciated at home. He says he wants to go to Vietnam with local beers to hand out to them. Everyone agrees he should.

Over the next couple of days he runs into people saying what a great thing he’s doing, and could he make sure that this person gets this, and another person gets that. Before he knows it, he, and what seems like the entire neighbourhood, has talked him into it, and he finds himself on board a ship set for Vietnam, with a bagful of beer, unaware of what he’s truly letting himself in for. 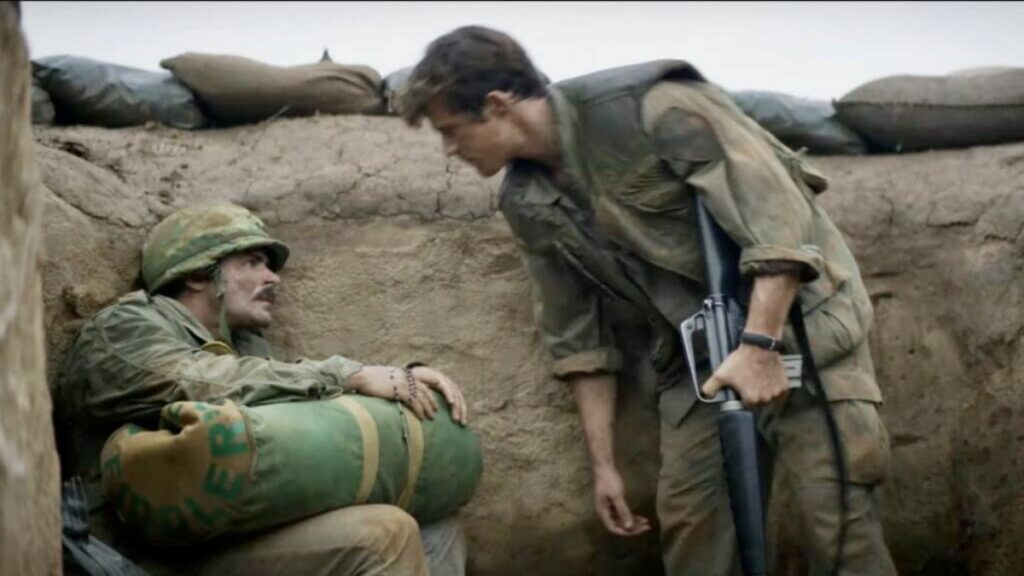 After the likes of the Dumb and Dumber films, Kingpin and There’s Something About Mary, director Peter Farrelly has also had a point a prove, and that he’s a little more grown up now, as his Oscar-winning 2018 film Green Book proved. As does this follow up also demonstrate.

It’s an unbelievable premise, made even more so by the fact it’s based on a true story.

Efron is excellent as the well-meaning, albeit misguided Chickie, who just wanted to a good thing for his friends at war. It’s a film he certainly wanted to present himself as an average Joe – or Chickie as it is in this case, but even having a bushy tash on his top lip can’t disguise the fact that he’s still a handsome guy - nice try. He can be forgiven for it though, giving as he does a strong performance of a young man whose whole ideology changes when confronted with war.

Russell Crowe, in a fairly minor role as a war photographer, also adds a little more gravitas to the film, especially when the proverbial shit finds its way to the fan. And although Bill Murray gets a high billing, it’s more in a cameo capacity than anything else.

If Efron and Farrelly had points to make, then they did so with bells on, with what is both assured and sombre film-making, in what is a sobering anti-war film.