Just like the evil spirits that are reluctant to leave this world in the films, this franchise refuses to die. Sam Raimi, who also produced the first US version in 2004, starring Sarah Michelle Gellar (remember her?), has clearly had it on life support in his mind’s eye for quite some time, and has decided that now is a good time for its resurrection.

Taking on the miffed evil this time around is talented British actress Andrea Riseborough, playing a cop who wants to take the ghouls down. 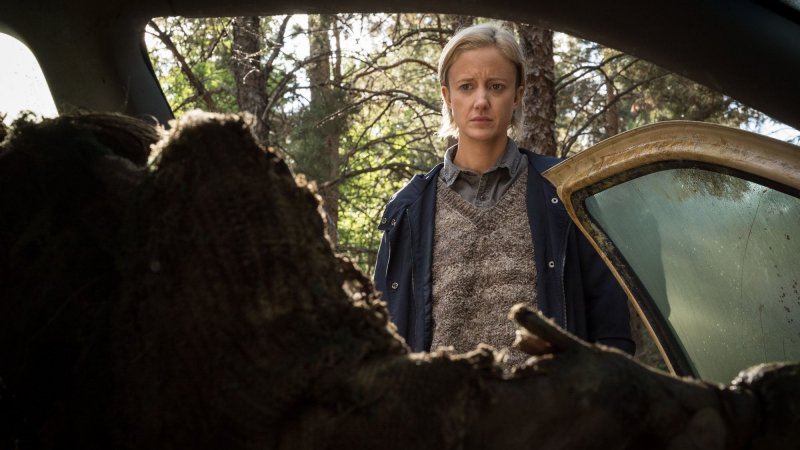 Sometimes it's just better to walk than take an Uber.

Having to deal with the loss of her husband, Detective Muldoon (Riseborough) decides that a fresh start would do both herself and her young son the world of good, which leads them to the town of Cross River.

She doesn’t have much time to settle in however, as she is soon out on a murder case with her new partner Goodman (Demián Bichir), with a body found in a car that had crashed off the beaten track.

When they learn of who it is, Goodman reacts badly; it turns out the woman lived in a house where some bad things had already happened, that Goodman is all too familiar with. The house in question is 44 Reyburn Drive, and it’s where Goodman’s previous partner was driven mad with what he witnessed.

With Muldoon pretty much running the investigation on her own, she uncovers that quite a number of different residents of the property in recent years, have met with suspicious deaths. Little does she know that the very fact that she’s stepped inside of it herself has put her own life in danger. 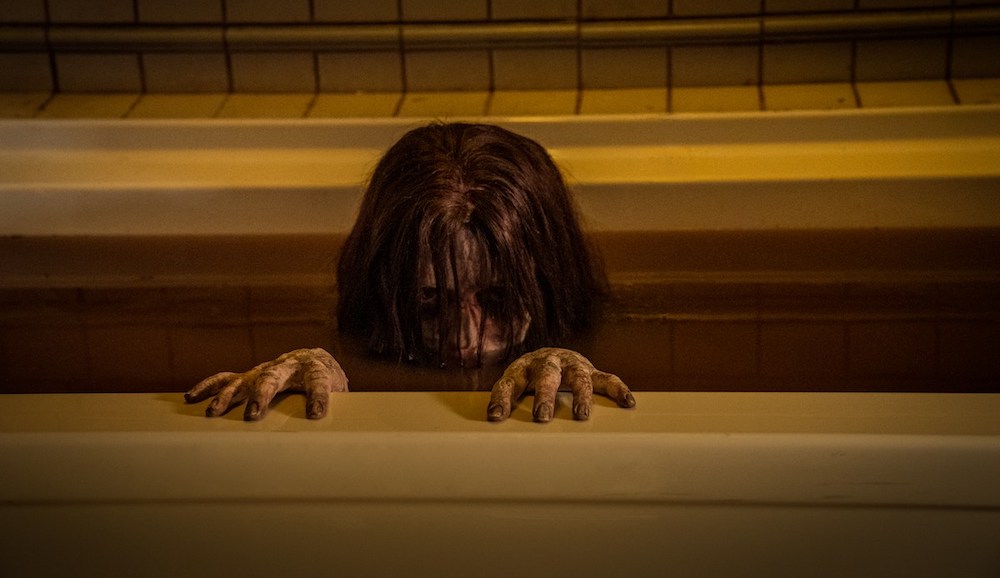 With hairdressers still closed in lockdown, the outlook was truly frightening.

It’s been some time since the last rather forgettable outing for this franchise on US soil, with the release of The Grudge 3 some 11 years ago, so it’s no surprise that this one is a reboot of the series.

It would have been a fairly run of the mill entry too, if it wasn’t for fresh director Nicolas Pesce being at the helm. It’s his first big film since his impressive indie flick Piercing, and his contribution certainly elevates the material.

There is quite a bit of jumping back and forth in the timeline, which could have easily become disorientating, but Pesce keeps a steady hand on it at all times. He also creates a strong mood to the piece that certainly makes it suitably eerie.

He also corrals together a fine cast, getting a good performance from Riseborough, as well as the likes of Betty Gilpin, John Cho and Jackie Weaver.

Possibly its biggest problem however, which could also address the franchise as a whole, is the wishy-washy evil element. As it’s this faceless entity that presents itself in the form of dead humans, it doesn’t feel all that tangible. It pops up in various guises, that waters down its fearful impact; evil works best when it has a ‘face’ we can recognise, as the likes of Freddy, Jason and Michael Myers all testify too. But without having a recognisable face of its own, it makes it more difficult to distinguish what the evil is exactly.

Bichir’s contribution is also somewhat redundant. His character’s involvement is minimal at best, offering very little by way of support to Muldoon, which begs the question, why is he there in the first place?

Where it does work is as a sort of allegory for mental health issues; the characters who suffer from this invisible ‘curse’, are all isolated, suffering alone, struggling with the distorted reality confronting them.

It’s an adequate showcase for Pesce, but he’s certainly a talent that should go on to bigger and better things. His film clearly punches above its weight, delivering more than the rather humdrum material here deserves. But it does kind of feel that the franchise as a whole has run its course, and perhaps its finally time to let this grudge go for good.