Britain has a tradition for producing serious young actors, with one of the most interesting in recent years being Christian Bale.

Ever since being plucked from obscurity to play the lead in Spielberg’s 1987 Empire of the Sun, aged 13, Bale has appeared in over fifty films, as well as a number of headlines.

His latest once again sees him deep in character, as he investigates a curious murder. 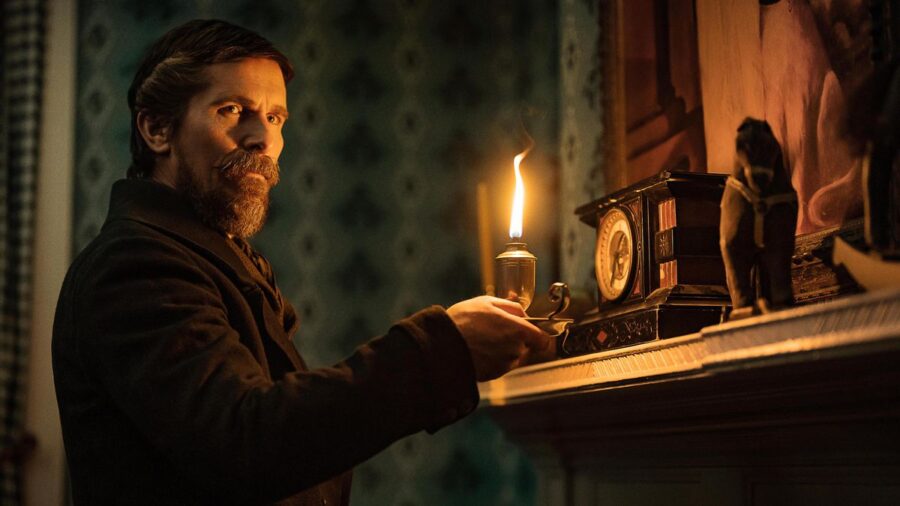 Is that crew member actually looking at me...

1830, and despite being retired, Augustus Landor (Bale) is asked to return to detective duties once more by the head honchos of the military academy at West Point, New York.

One of their cadets has been murdered, in unusual circumstances, and they're keen to get to the bottom of who has done this, as soon as possible.

Landor accepts, and his investigation soon leads him to a bright young cadet, who claims he could be of use, going by the name of Edgar Allan Poe (Harry Melling). Landor soon finds himself with a companion, with an insider’s eye, to help navigate the world of the military academy, and those youngsters who train there. But why would one of them want one of their own murdered? 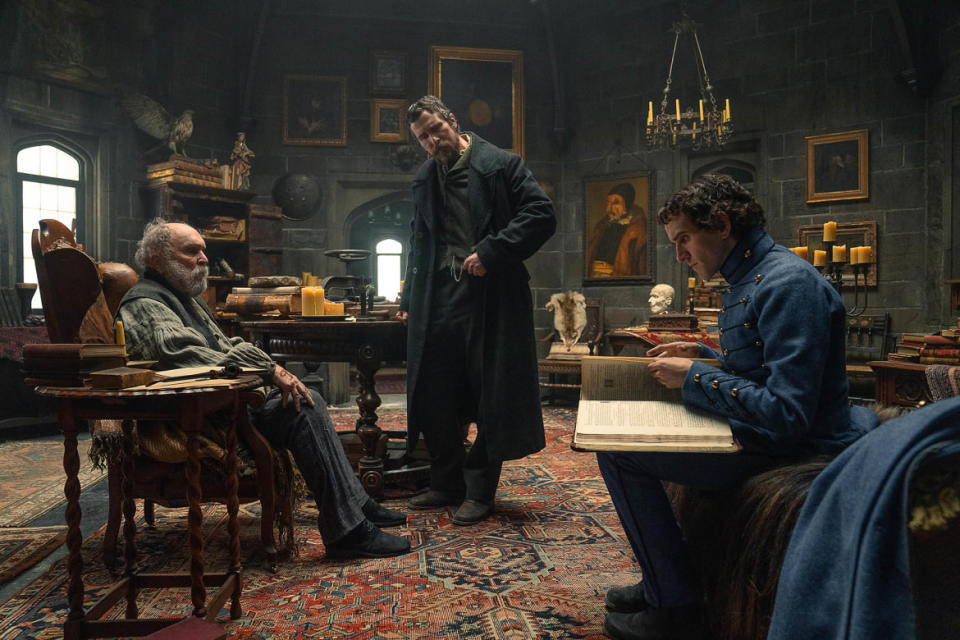 "And then the next thing I new was my boobs were splashed all over page 3!"

It’s starting to feel as if American director Scott Cooper has found his muse in Bale, as this is the third feature they’ve worked on together, after 2013’s Out of the Furnace and 2017’s Hostiles, with this one feeling like the pair’s most ambitious to date.

It certainly sees Cooper come on a long ways with what is a stylish film dripping with atmosphere. It is a gothic mystery, based on Louis Bayard’s 2003 novel of the same name, that has echoes of Umberto Eco’s The Name of the Rose, but set in a military institution instead of a medieval abbey.

It also borrows from another classic from literature, with Landor a version of Sherlock Holmes, and Poe his sidekick Watson.

Bale, as you would expect, certainly looks and feels the part; he has serious facial hair that means you wouldn’t want to mess with him, but he also has a past that still causes him pain.

Although he’s extremely watchable, he comes up against some serious competition, particularly in the shape of fellow Brit Melling. His Poe is mesmerising, so much so that you can almost see Bale take a few steps back unselfishly, to let Melling shine, and boy does he shine.

And it appears that Cooper has a thing for Brits because despite the US setting, as many of the supporting cast are British too, including both the superb Toby Jones and Timothy Spall, as well as Simon McBurney, Harry Lawtey, Lucy Boynton and honorary Brit Gillian Anderson.

It’s also a film that is reminiscent visually and in tone to the work of Paul Thomas Anderson, specifically his 2007 There Will be Blood, which is no bad thing.

It’s a mature and elegant piece of filmmaking, which is as intriguing as it is atmospheric. It once again proves that not only does Cooper have a good eye for talent, but he’s also producing a solid body of interesting work, making him a name to continue watching in the future.