It’s amazing what people did before they had the internet 24/7 in their hands. There were buildings young and old could visit, where they could just wander in off the streets, grab a book and start reading.

As a child you could pop along and have some stranger read a book to you, as if you were in your very own version of Jackanory, with very little fear of being fiddled with. Different times indeed.

With the advent of technology, their raison d'être has mutated over the years, where the lending of books facility is almost secondary. These days they are often used as a refuse, for various members of society, a quiet escape from the maddening world around us all.

In this new film, written, directed and starring Emilio Estevez, he fondly reflects on the how differently the local community now use an inner city public library. 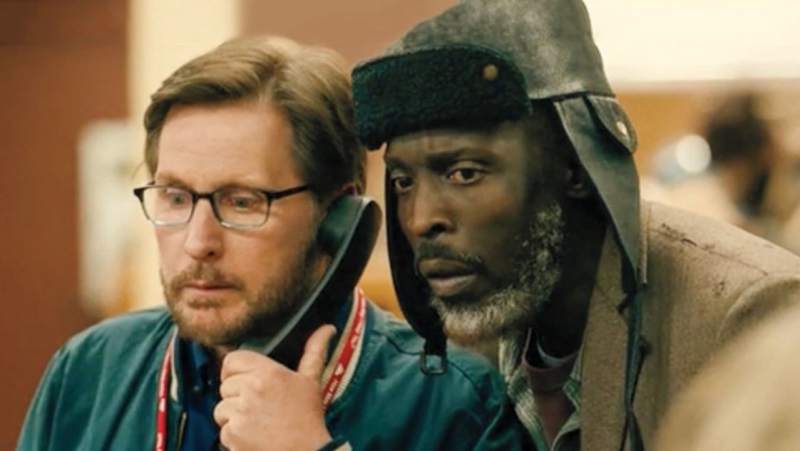 So tell me what you're wearing baby, is it something silky?

Working in a large public library in Cincinnati is Stuart Goodson (Estevez). Having worked there for a number of years now, he’s got to know the patrons that visit the safe, warm space on a regular basis, many of whom are clearly homeless.

During a particularly cold snap in the city, sleeping on the streets becomes even more dangerous, as a body found outside the building testifies to. One of the library’s regulars, Jackson (Michael K. Williams), fears not only for his life on the streets, but those of his fellow homeless friends who can be often found in the library.

When it gets to the point that all the hostels and refuge houses in the city are full, Jackson decides that there’s only one thing to do – to organise a sleep-in at the library. Liberal librarian Stuart gets sucked into the cause, without even knowing much about it, and is even quickly promoted to the spokesperson for the group.

What starts off as a friendly, non-violent protest – which in truth is really just an excuse to stay in the warm – soon escalates when law enforcement and the media are notified of what’s going down, with Stuart being inadvertently targeted as the ringleader of this civil unrest. 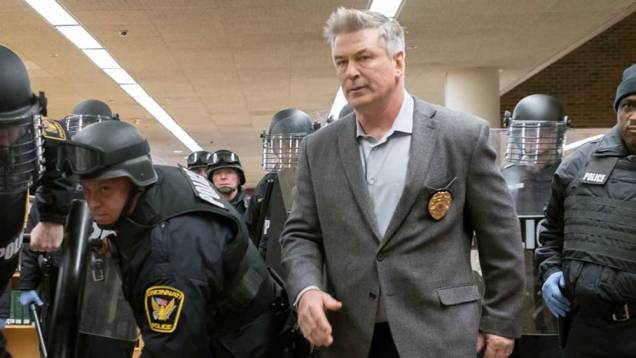 Since his mocking impersonation of his president, Alec Baldwin had to step up his personal security.

It seems that original Hollywood young gun Estevez has finally come out of a long period of hibernation; this is his first major project in eight years since his charming film The Way, that he once again wrote, directed and starred in, alongside his father Martin Sheen.

But despite being away from the big screen for some time, it appears he didn’t have any problems calling in a few favours or two, for what is a truly impressive cast that includes Christian Slater, Taylor Schilling, Alec Baldwin, Jeffrey Wright and Gabrielle Union.

It’s certainly some of the performances that make this a charming watch, particularly that of Williams; ever since his days playing Omar Little in HBO’s seminal The Wire, his career hasn’t done his talents as a solid, watchable actor any favours. Here he shines as homeless Jackson, with Estevez even selfishly giving him the best lines of the film.

The film itself has a pleasing glow; on occasions it does feel as if it wanders off into an unnecessary territory, as Estevez builds some inappropriate tension with an ill-fitting hostage scenario, that really doesn’t go anywhere.

Where it works, as the film’s title suggests, is with the people involved. Estevez does well in bringing out a strong sense of community from those who use the library for purposes it wasn’t necessarily provided for. And anyone who has used a public library recently, particularly those in a built up area – if you can find one – will be well aware of the cross section of life that now use, and possibly to a certain extent abuse, its facilities.

Although the screenplay is over-egged in places, its heart is certainly in the right place. And the film’s revealing finale is worth the price of admission alone.

And let’s face it, there aren’t many films set in the crazy world of libraries, so this one with its great cast is certainly worth some time browsing.