But as bleak as it often feels, things could be a whole lot worse, as seen in the vibrant and energetic 2016 South Korean film Train to Busan, that witnessed a zombie outbreak on the journey.

South Korean director Yeon Sang-ho returns to that zombie infested world, if not that story itself, in this standalone sequel, which despite its misleading title, does not include any zombie train travel whatsoever. 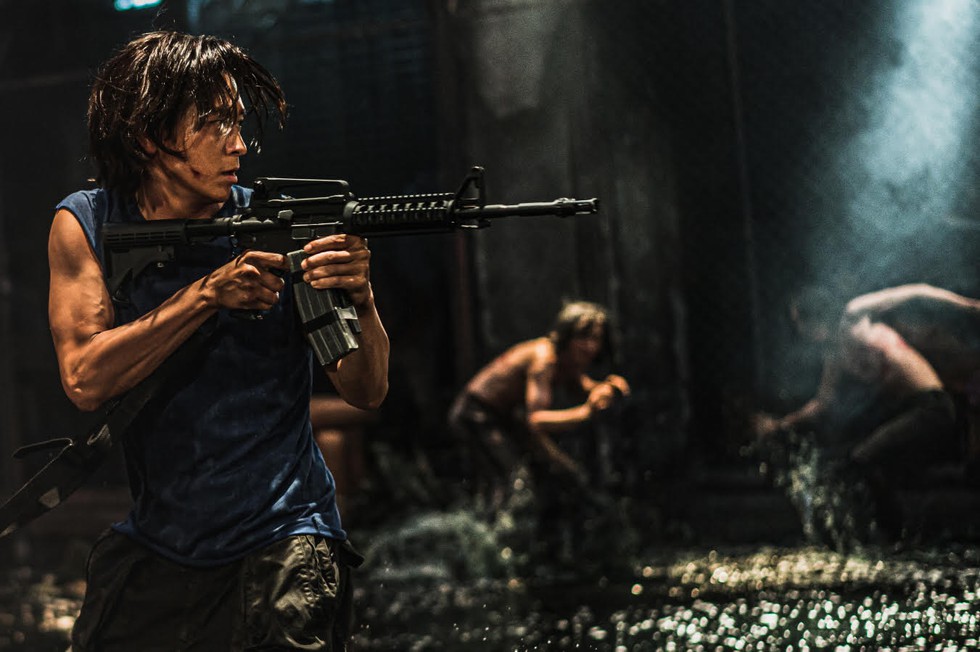 They should be scared, I always used to miss when I used my finger as a gun.

Four years after the zombie outbreak in South Korea, the peninsula has been long forgotten and ignored, seemingly now only occupied by the zombies that invaded it.

One of those that can’t easily forget what happened back then is Jung-Seok (Dong-won Gang); although now living in the safety of Hong Kong, he lost a number of family members when trying to flee the zombie outbreak.

He is approached by some Chinese mobsters to return to the peninsula, as there is a truck stranded there containing a great deal of cash. So much so, that Jung-Seok is convinced to return, along with his brother-in-law Chul-min (Do-yoon Kim), to retrieve the cash for a large sum as payment.

The pair agree, thinking that the only thing putting up much of a threat on the peninsula are the trapped zombies, which they feel they can handle. But as they discover on their appearance, there’s a living, breathing community that has still managed to survive the zombie hordes, and they’re not best pleased to see these new arrivals. 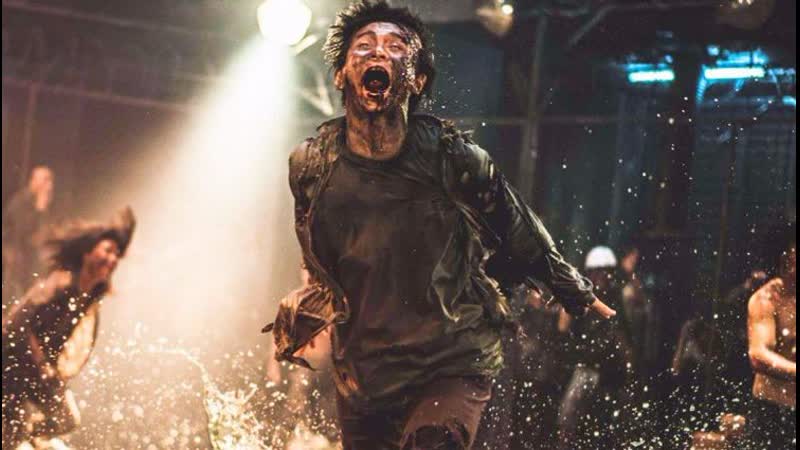 Who knew that zombies loved to parrr-tayyy!!!

To be fair to this sequel-of-sorts, it was actually called simply Peninsula for its domestic release, with the marketing bods deciding that it would need the train addition to the title for other markets around the globe, so the lack of train stock isn’t the filmmaker’s fault.

And Yeon Sang-ho has certainly helmed a very different beast here. Although the film certainly has drive and energy, the zombie element is less of a threat and more of an inconvenience. For the most part they just get in the way, becoming road kill fodder to knock over in high speed car chases, with the main menace coming by way of mankind. So to now having the zombie apocalypse downplayed as a secondary storyline is certainly disappointing.

There’s also something a little too synthetic about the actions sequences as well, with many of them looking far too glossy and reminiscent of a cut scene in a video game. Certainly the heavy use of CGI for the many driving sequences is a tad overwhelming.

Where the director plays to his strengths however, is with the emotional drive of the film. The many relationships that overlap, give the film its beating heart. That said, the strings attached are pulled on hard, one too many times, which make it far too syrupy in places. The heavy emotional soundtrack underneath doesn’t help either.

There’s enough by way of story to draw you in and keep you relatively entertained, just don’t expect much from the walking dead, who just don’t seem to have the heart for this one like they did the original.