Tolerance is a wonderful thing. There are many types of people in this world, that despite holding different attitudes or beliefs, doesn’t necessarily make them bad people.

There is one exception of course – people who don’t like subtitles. They are diseased beyond redemption, because reading dialogue and watching a film simultaneously is so darn challenging.

Once the apocalypse happens though, they will get theirs, where libraries will be the only way left to watch films, and the only section that survived will be world cinema.

Until then, if you’re a hater of subtitles, this is not only what you get, but also deserve. 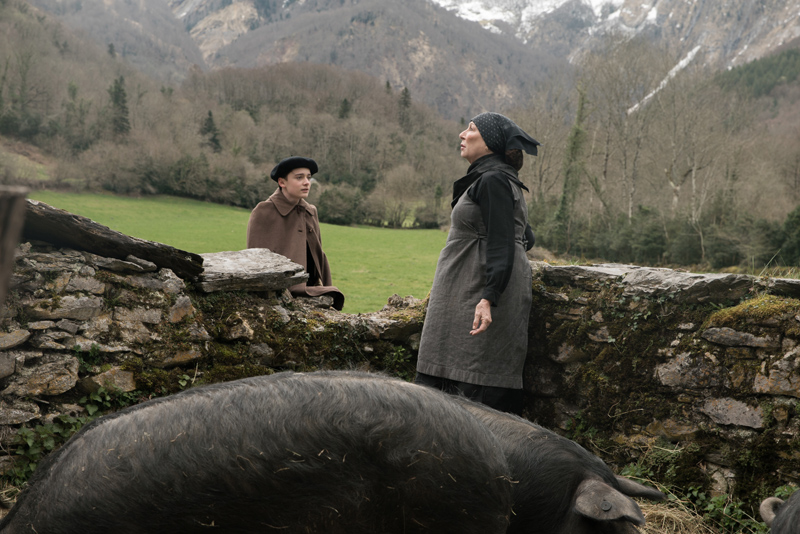 Boy, you need to emote more, the pig is doing a better job than you!

It’s 1942 and the Germans are swarming Europe. Although Paris has fallen, a pocket of the south of France is able to continue life as normal. There, nestled in the Pyrenees is the village of Lescun, where young Jo (Noah Schnapp) lives.

Although they get updates on the war, the villagers can go about their lives freely. One day, when Jo has an encounter with a bear in the woods, he meets Benjamin (Frederick Schmidt). Benjamin is Jewish and has been separated from his young daughter Anya. The last thing he said to her was to meet at grandmother’s house, in Lescun, which is why he is there.

But staying with his mother Horcada (Anjelica Huston) is risky, made even more so with the arrival of the German soldiers. While waiting, Benjamin finds himself looking after a group of young Jewish children, all now in hiding on the outskirts of the village, with the hope of smuggling them across the border to the safety of Spain. But with the Germans now everywhere, all of them are in danger, including those willing to help them out, such as young Jo. 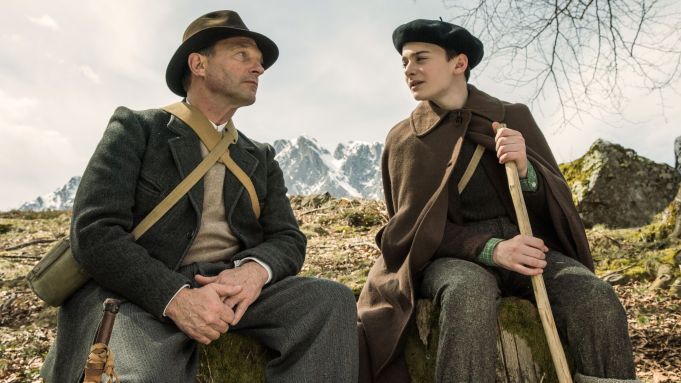 it's called Stranger Things. It's a TV show that isn't on TV...

A film set during WWII, focused on the safe-keeping of a group of Jewish children, certainly sets the scene for a thrilling watch. Or so you would think.

Unfortunately, this feature clearly panders to those that simply can’t be arsed with subtitles. The execution is a cast, mostly made up of Europeans, such as the excellent Jean Reno, as well as some American talent by way of Huston and Stranger Things star Schnapp, speaking English with French and German accents. The result is an extended version of ’Allo ‘Allo!, which may not be what director Ben Cookson was after.

This kind of oral warbling works well with comedy, such as Waititi’s recent triumph Jojo Rabbit, but just makes an unintentional mockery of drama.

If that wasn’t troubling enough, many of the performances, particularly of the Germans, softly goose steps into clichés and stereotypes territory. This is made even worse by a somewhat awkward Gary Glitterish relationship between young Jo and a German officer, who when out walking alone in the hills together, you half expect the officer to ask Jo if he’s ever seen a grown man naked.

Whether the whole language thing through Cookson off is up for debate, but the fact that the film has a heavy whiff of a film made for the Hallmark channel, has to fall on his shoulders, and heavily so.

When British author Michael Morpurgo learnt that his book of the same name was being made into a film, he must have been suitably chuffed with the prospect. With its release however, it would be no surprise to learn if he was in total denial and have nothing to do with it.

With a really strong story involving Jewish children hiding for their lives, Cookson should feel sorely embarrassed that he did such a really poor job with such potential. For some real drama, you’d be better of seeking out The Fallen Madonna With the Big Boobies.