With so many creative types being called out – quite rightly – for inappropriate behaviour, it’s becoming more of a minefield when it comes to critiquing their work. Director Woody Allen has been in and out of the controversial spotlight for most of his career, and yet still continues to produce film after film.

To date though, despite the many allegations against him, he has yet to be proved guilty in a court of law. To that end, the focus here has to be about the man’s current work, Wonder Wheel. 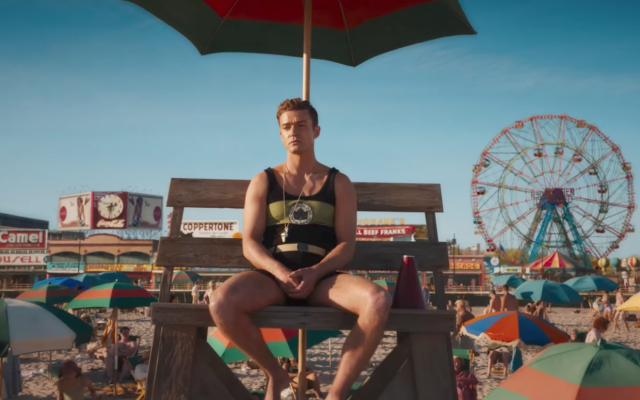 And to think, I was the one that brought sexy back...

Just nestling at the southern tip of Brooklyn is the summer hangout that is Coney Island. It’s the fifties, and the area is going through a hard time. Ginny (Kate Winslet) is a waitress in a restaurant there, living with her current husband Humpty (Jim Belushi) who works the carousel, and her disobedient young son Richie (Jack Gore) from a previous marriage.

One day Humpty’s daughter Carolina (Juno Temple) arrives, seeking shelter from her mobster husband. Although Ginny is dead set against her staying with them, Humpty puts his foot down and says she can stay. Besides, her husband knows that she and Humpty don’t get along, so it would be the last place on earth that he would come looking for her.

Meanwhile, Ginny is distracted from this chaos in her life, by the attention she receives from a young, handsome poet, Mickey (Justin Timberlake), who’s working the summer as a lifeguard on the beach. She falls for his charms and dreams of a possible new life with him.

But Carolina’s arrival also ends up sending ripples through Ginny’s life, to the point where her dream of future happiness looks less likely to materialise. 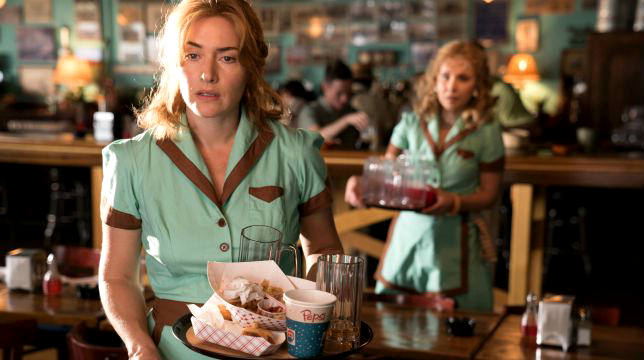 if I can't have the Oscar, then fast food will have to do.

This gentle, period drama is very much familiar territory for Allen. It is possibly more insular than some of his previous work, which is deliberate with its nod to theatre in general, and the work of playwright Eugene O’Neill in particular.

Visually the scenes often feel like they have been created to emulate a play setting, with Ginny and Humpty’s apartment specifically staged as such.

And then there’s the lighting; a warm glow swallows characters whole, enhancing the retro warmth in which the director holds for this particular period, and its location, in history. Winslet in particular always appears to be bathed in some kind of artificial light, as if it were following her plight across a stage.

It’s no surprise then that Winslet is the star of the show; her performance defines heartbreak as she wrestles with what has become of her life, and the slight glimmer of hope of change ahead. The fact that she was robbed of an Oscar nod – arguably losing out to at least two undeserving nominations - is a travesty. Perhaps there was some politicking by the Academy here, not wanting to be seen supporting the work of a director with such negative heat currently. Understandable, but still a cop out.

Wonder Wheel is a whimsical drama that will no doubt suffer at the hands of its own maker. Which is a shame, as it’s probably Allen’s best since 2011’s Midnight in Paris, and deserves at least one spin around.